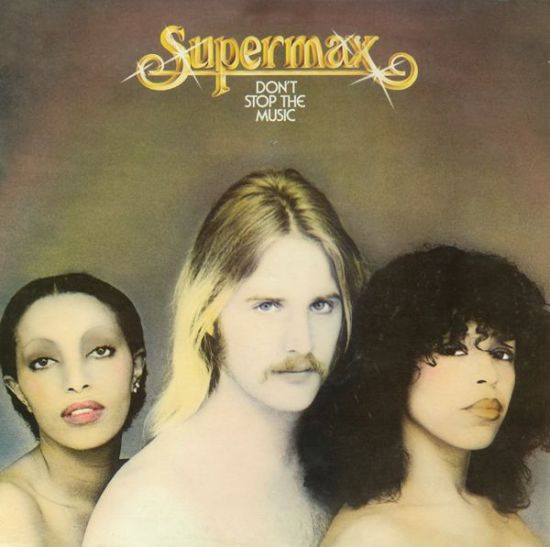 An introduction to Kurt Hauenstein, king of cosmic

Known to many as Kurt Hauenstein, Supermax was not only a mult-iinstrumentalist and musical visionary of Austrian origin – but also an out and out maverick whose chameleonic work reached cult-status, becoming one of the most successful Austrian recording artists in his time. With a sound best described as a cosmic mesh of rock fuelled synth pop and smooth esoterica, his story starts in 1977 with the release of his first Album “Don’t stop the music”. After a tour through some of Germany’s biggest concert venues, he found himself orienting towards the club-scene and introducing his exocentric sounds to the European and American Underground-scene.

However , it was not until the release of his second album “World of today” the following year in 1978, that he went on to become one of best-selling artists on WEA-Records; achieving legendary status with his uber-hit “Love Machine” which earned him his first Gold disc. Towards the end of 1978, Kurt decided to leave Europe to seek fresh inspiration from the golden shores of the Caribbean Islands – recording and releasing his third album “Fly with me” in 1979.

By the start of the 1980s, the effects living at a Caribbean tempo took root and in his own words Jamaica’s good vibrations – giving me new inspirations saw him take a new direction. With the launch of his next album “Types of Skin”, the record company declared the venture a “flop” as sales only reached a mere 230.000 copies. However, the project was deemed by many as cult album. Ignoring the reactions of industry and press he turned his gaze Eastwards and was amongst the first Western groups to break through the Iron Curtain touring in Hungary, Yugoslavia, Rumania, CSR and Bulgaria.

In 1981, the band made history again, touring as the first mixed-race band through South-Africa. Against all warnings and even receiving death threats, they played 21 concerts, causing total chaos in the surrounding countryside. This led him to gain “banned” status in several countries and was consequently black-listed by some political organizations.

After time spent away from the world and silent reflection, Kurt  built a studio with his keyboard player Tommy Schmidt, naming it “Nowhere land”, also taking the time to write the script and music to a film “A Planet Called Earth”. In the Autumn of 1982, he turned his back on Germany and goes to Italy, settling down on the island of Ischia. Although Kurt passed away in 2011, he recorded and released a total of 15 albums, most of them being enthusiastically received by critics and audiences the world over with a distinct sound that was very much ahead of its time – baring complex and characteristic grooves that encapsulate the very spirit of the outer reaches of the cosmos.