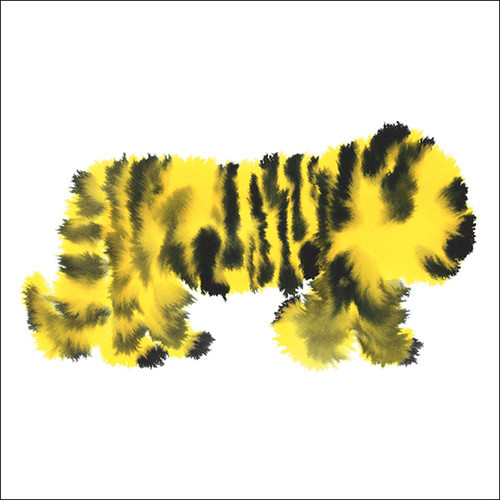 Ever since crossing the threshold of the “ESP Institute” doorway, Amsterdam native Marco Sterk has quietly found himself a seat at the dining room table amongst the cognoscenti of electronic music. Having already been at the forefront of the Dutch capital’s bustling underground scene for nearly a decade, his infamous residencies have garnered him with a reputation for genre-bending, hip hustling sets with a unique take on dance music – laying down everything from proto-house and voodoo trax, to Libyan disco and ethnocentric anthems; with an accent on fun and with the of minimum fuss.

Since 2011, he has well and truly made the NYC based imprint his home thanks to set of undeniably brilliant releases: slowly captivating the attention of a much wider audience en route. As a true ambassador for the ESP sound, he embraces the strangely weird and wonderful with somehow forgotten yet enchanting gems from yesteryear with equal amounts of gusto and panache. It should really come as no surprise then that he has chosen to adorn their finely tuned catalogue with his debut LP, “Biology”.

With a mission to furnish the world with “universal sounds, transcending genre and taste level, despite being wholly instrumental”, much like his ability as a DJ, Marco’s talent for finding the right voice through emotive melody and dynamic arrangement is really second-to-none. On first, second and third listen, Biology quietly jumps out of the speakers as a beautifully written album that whilst holding a certain level of reserve, keeps on yielding touches that go way beyond fleeting current musical “trends”.

Weighing in at a mere seven tracks, you could be forgiven for thinking that such a short collection might have little to say. Au contraire, the very brevity of this record is both the measure of Sterk’s genius, and growing confidence in his art. Elevating his zoned out signature sound, awash with new-age synthesizers and crackly drum machines, to a wholly new level – repeated listening will reveal layer upon layer of cleverly thought out composition that owe as much to Aphex’s more ambient induced sessions as it will reveal influences of Philipp Glass, Isao Tomita and Drexciya.

Hit play and the staccato-stringed intro of “Biology Theme” gently drifts into your consciousness, echoing like a warm yet cavernous space that could easily be mistaken for the shoreline of a Balearic Island. Not letting you drift for too long, the cold breeze of the windy city slaps you right back across the face as the precision like snares of “Psychotic Particle” bring you back to an altogether less forgiving reality. The playful twists and turns of “Sea World” give way to a more contemplative mood in the guise of “Out Of Wind”: where the balance of glass-like melodies and plucked strings glimmer like a mid-summer’s star filled sky at night.

The slightly more urgent sense of “Suzaku” restores balance in the running order as its bubbling bassline intertwines with uplifting strings and airy pads. The sparse minimalism of “Trippy Isolator” almost feels homely, as the metronomic click of an 808 rim cuts through deeper earthy tones. Last but not least, Sterk leaves you with a true pièce de résistance in the shape of “Can You Really Feel It?”: an esoteric jumble of arpeggiated computer fuelled madness that just grows and grows in stature, the more you listen.

If you are expecting a dance floor odyssey from this LP, you may well have stopped in the wrong street altogether. If on the other hand, you are seeking compulsive listening – packed full of compelling oddities that work on you from a multitude of angles – Biology is one of those albums that will welcome you with open arms, and possibly put the kettle on for good measure.