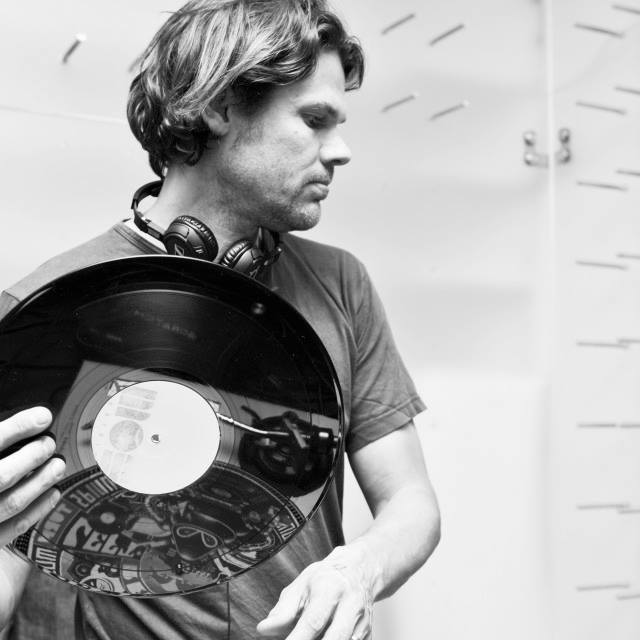 With a track record that spans over 15+ years, Aroy Dee has amassed quite the collection of releases and family of artists

Forever putting quality first, and not one to be rushed or moved by the latest fad, Aroy aka Steven Brunsmann is an architect by trade. With such a deep understanding of the intricacies of design, his projects by nature have a certain stamp of authority that speak for themselves. Here’s what he had to say when we track him down to ask a few questions:

Tell us a bit about yourself: you live in Amsterdam right, are a native or did you grow up in another part of the country?

“I grew up in Haarlem, a pleasant provincial city in the Netherlands close to Amsterdam near the dunes and sea. This was the period my love for electronic music came to life. After studying Architecture, I moved to Amsterdam and started my label, M>O>S recordings. Initially, it was so I could publish my own music, and as things progressed – I started attracting attention from other artists who were interested in releasing material on the label. Music has never been my full-time occupation, I divide my time between my full-time job as an architect and music. For me, it is certainly not a disadvantage. I always thought it was better keep music separate from any kind of financial necessity.”

Given the size of the country, the Netherlands has a long and pretty strong history in electronic music – why do think this is?

“I think electronic music wasn’t always so popular. At the end of the 80’s, Dutch pioneers struggled to get their tracks released and mostly did so on American labels. A huge influence for the popularity of electronic music in Amsterdam was the club Roxy in Amsterdam. It triggered an expansion of the popularity of house music. Initially, some Dutch labels emerged, like Lower east Side, Go Bang and a few others. They paved the way for a rich pallet of music from the Netherlands which we get to hear nowadays. But bear in mind the early 90’s Dutch scene exploded with Gabber and Eurohouse! Fortunately for the rest us, some really special initiatives releasing good music came along like Djax, Eevolute and Gyrate to name a few, which have stood the test of time – I still really like a lot of their material today. At the dawn of the 21st century, a wave of new labels like Rushhour, Creme, Clone, Delsin emerged and the list grows and grows every year! A proof of the ever growing popularity of dance music is the yearly expansion of the ADE, this year reaching 365.000 visitors. Also worldwide known Dutch festivals like Dekmantel just seem to keep on growing.

Nowadays, Dance music attracts more tourists to Amsterdam then Van Gogh. But as for the reason why? I don’t have a clue but i could guess… Maybe because the Dutch are so rational (…or at least, that’s how they like to look at themselves) and need music to express their emotions. It’s maybe also because throughout the years, Holland built an efficient and extensive infrastructure of labels and distributors, always hungry for new artists or re-releases of sought after music. Despite the popularity and commercial interest, it is really surprising to see that there is a lot of quality music being made.That said, I don’t actually consider M>O>S to be a “Dutch” label: sure there are some Dutch involved like Ross 154, Legowelt and myself but most artists are from other countries. The Poetic painter M, X2, 2AMFM, D’marc, Chicago Skyway and Ike Release from the USA. ASOK, John Heckle and Perseus Traxx from the UK. Kovyazin D from Russia, Morphosis from Lebanon Marco Spaventi from Italy Andrew Redhand from Romania.”

At what point did you get into the music?

“When I was around 16 I fell in love with the sweet-bitter sounds of Italo Disco. The heavy synths and melancholic atmospheres still inspire me today. After that I bought my first acid record, the album “Acid House” with music from Armando, Mr Fingers and Phuture Fantasy Club. That certainly was a life-defining moment. It was one of those things where after the first time I listened, I didn’t get it at all. After listening a couple of times, I knew I had stepped into the future. Most of my friends thought acid and house music was completely uninteresting, sterile and stupid. But I made new friends because of the overlap in musical taste. I remember a couple of years after that, house was “out of fashion” because it was embraced by the mainstream. There was even a special party at the Roxy bringing House music to its grave. Fortunately it rose from the grave and never left since. Actually, it’s quite funny that 28 years after I listened to Armando’s “Confusion’s Revenge” for the first time, the track is as relevant as when it was made.”

Are there any particular figures to your mind who don’t get enough credit for their role in the development of the scene?

“I think my compadre Jochem Newworldaquarium deserves endless credit not only for creating unique and timeless music, but also on a personal level as he inspired me to start making music. I should also credit Dutch pioneers Stefan Robbers and Wladimir Manshanden for releasing their first releases on Eevo Lute records, which also pushed me at the time into making my own music. I remember going out and hearing Derrick May & Dimitry play in 1991. I was completely blown away by one track in particular. Then two (rather nerdy) guys like me, dressed in bomberjackets with home-made Transmat logos on the back, approached me and handed over two records. The track which hit me that night was Evil by Wladimir M. Later on, I realized I had actually met Stefan and Wladimir – giving me the first two releases on Eevo Lute. And off course, Marsel “Mr Delsin” van der Wielen for helping me with setting up my label from day one.” 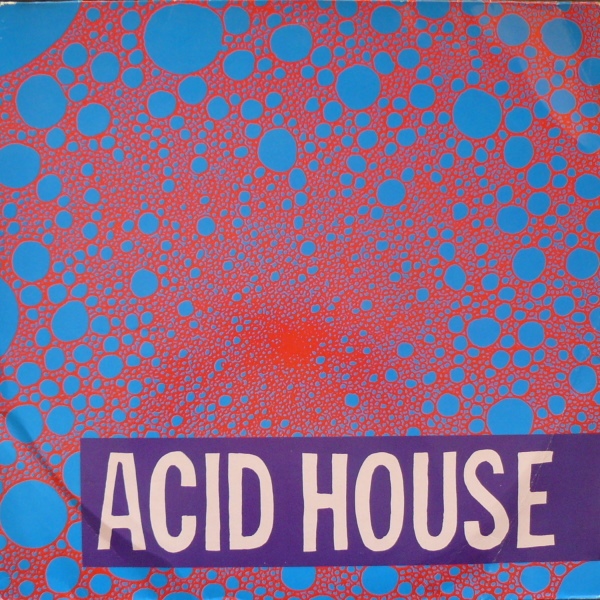 How did you get into buying equipment?

“All credit goes to my friend NWAQ: he sold me my first synthesizer – the Korg poly 800. The first tracks I produced with a limited setup combining a borrowed 101, yes, again from Mr NWAQ, a Roland TR-707 and some pads with the Poly 800: it’s definitely one of my favorite synths.

What set up do you work with these days?

“I started producing with an extremely limited setup, but I felt creating special music doesn’t require much. I realized that buying more machines and software doesn’t necessary mean your music improves on a creative level. Throughout the years I expanded my studio, but nowadays all my machines are stored in my friend Marco Spaventi’s studio. It’s pretty amazing with the full history of synthesizers and drum-computers packed in one space. With G String and Maspaventi, we like to hang out in the studio having fun and creating music under the alias R-A-G. At home, nowadays I’m secretly a laptop-producer, using softsynths and merely digital gear. Like I stated earlier, more expensive machines doesn’t necessary mean one’s music will become better. But sure, nothing is more fun to experiment and having fun exploring machines.”

Rush Hour is very much a family thing, how do you become part of the unit?

“My relation with Rushhour dates back to the year 1999, I walked down the stairs of a small basement under a hairdresser and met two enthusiastic guys, Antal and Cristian, selling house records. I bought my first Moodyman record in their shop. I brought a demo with me as during that time I never travelled without an archaic TDK-cassette with my music. The demo, which was earlier turned down by Serge Clone (for sounding “too Chicago” which can’t be denied), also located behind a hairdresser in Rotterdam, was played in the shop and Chris & Antal and they saw potential for their new label Rushhour. That’s how we got started. I did three releases on their label, spent every saturday in their shop spending my money on great records and later, they started distributing M>O>S. I also met Marsel in that same basement.”

M>O>S seems has been going from strength to strength over the last few years – have you had any moments that made you want to quit?

“Yes, certainly. There is a returning doubt every couple of years. I start questioning if it is still possible to release relevant music, considering the fact that the amount of house tracks over the last 25 years is totally endless. I start wondering what exactly makes M>O>S different from all the other electronic music labels around! Sometimes, I feel there’s just too much music coming out diluting quality and uniqueness. But then, on a unpredictable moment, somebody sends me a beautiful, tearjerking track and I find new inspiration to continue with the label. Recently, I’ve started to feel that the music I release on M>O>S coincides again with a broader taste and popularity. I’m happy with this, but on the other hand I also think that the popularity of the genre results in even more uninspired releases. A grainy and distorted 707 is not yet a proof of quality! This makes it even more difficult to keep the quality high and only release tracks which I’m really feeling myself.”

Where did you come up with the name?

“The label M>O>S stands for Muziek Over Steden = music about cities. In the beginning MOS was the name of a band I formed with some friends and stands for Masters of Science, like a mega-nerdy group of friends enjoying technology back in 1995 if I remember correctly, that was also the reason my first releases on Rushhour were named ‘MOS feat. Aroy Dee’!” 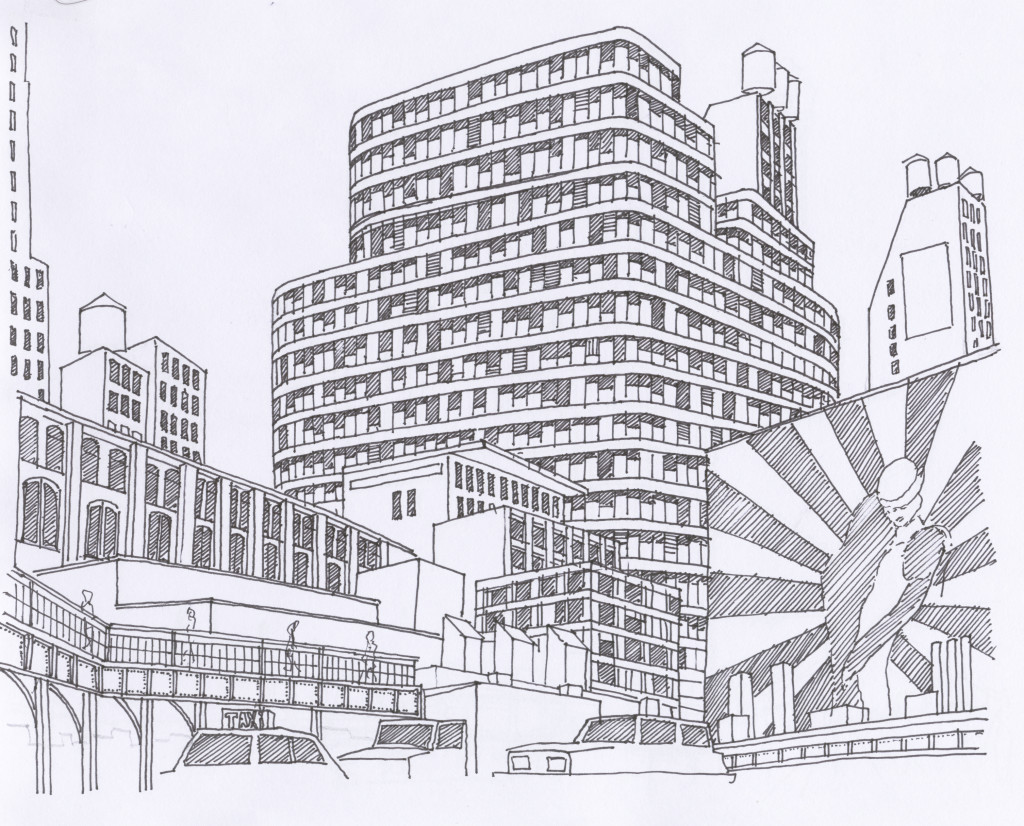 How do you perceive your role in running the label these days – how different is it from when you started out?

“When I started M>O>S, my motivation was simple. I felt that working with other labels also implied having to negotiate about the choice of music and I wanted to take things in my own hands. I started under the radar releasing my own music in limited numbers. The number of releases per year slowly grew over the years, but my way of running the label hasn’t change significantly. It’s still as simple as scouting for beautiful music and thinking it deserves an audience.”

What have been the highlights for you so far?

“I have a strong bond with all releases on M>O>S and the whole catalogue, containing memories and emotions being part of my own life and history. I think one of the early highlights is Ross 154 – Untill my heart stops. Taken from an old cassette surviving in bathroom conditions recorded somewhere in the beginning of the 90’s, it is still one of my favorite tracks. Another special release is Chicago Skyway’s Heavens and Angel’s EP, the first release on M>O>S offshoot label M>O>S Deep. One of the key moments in opening up the label for other artists was meeting my friend Traxx, resulting in the X2 release followed by D’marc Cantu, and a very special one for me personally – Desolate Cities from 2AMFM. Another personal highlight would be releasing my own album, together with a selection of my drawings of urban landscapes, merging my love and fascination for architecture with music. Also the albums from Morphosis, D’marc and Ike Release are special, I really like the album format as it gives artists more space and freedom to go beyond the usual.”

In terms of the future, what are you up to next…

“An upcoming highlight is the album from Maspaventi. It’s due to be released in the next few months. I’ve had it on repeat blasting my speakers while answering your questions.”