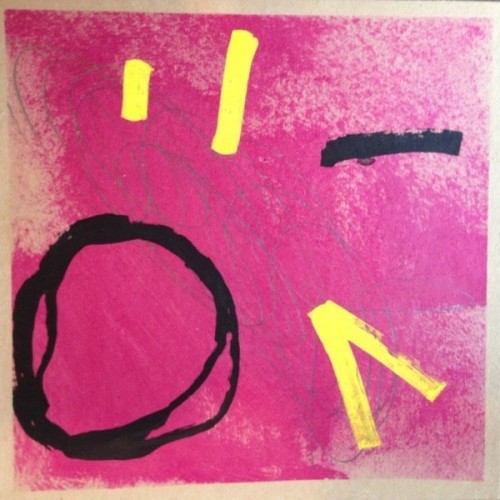 Mancunian Be (Garth Be) drops his debut album on Sweet Sticky

As featured in the Piccadilly Records End Of Year Review 2014 Top 100, Be (Garth Be)’s “The Seven Moments” is one of those records that could easily go under-the-radar for months on end, before you suddenly realise you’ve missed the boat on quite an outstanding piece of work.

As if in time honoured tradition, every so often the great city of Manchester throws out an absolutely mind blowing collection of music that stems from a seemingly untapped source, that easily rivals the Stateside masters of their craft. Taking a large piece of inspiration from the swing of J Dilla’s MPC and the intimate crackle of Moodymann’s funk – Be (aka Garth Be) is the latest in line to deliver his very own expansion in sound. “Marquis” opens the side A of the album with a playfully loose piece of lopsided wobble that basks in the warmth of a chirpy melody and feel-good pads that sway to an altogether disjointed yet cyclical beat. “Dreamline” etches a similar jazzy feel, again rolling to a bright, upbeat keyboard riff that pays homage to contemporaries such as Floating Points and Vakula. As if by magic, Garth kicks down with “Don’t Want”, a textbook MPC jam that brings to together hypnotic vocals, guitar and string licks in perfect harmony that should easily garner him praise from the likes of Andres and Mr Beatnick.

Onto side B and “Housekeysonbrandy” pulls no punches, unleashing an uncompromising rhythm section to the straight-up punch of a 909, layered with the simplest Rhodes progression and “Right On” vocal trimmings. The pairing make perfect tackle for late-night heads and sweaty smiles. The smoky lick of “Monday Club/Tuesday Nite” is pure “On and On”music to your ears – another MPC styled masterpiece that will etch itself into your psyche, and cool you down on a hot summer’s night. “GYB3” delves into the celestial carpet of feel good as its soothing edge lulls you onto a deeper trip’s moment of contemplation. Returning to world of earthly pleasures, last but not least we have “Teakayo” – yet another stroke of genius touch on the MPC. This is one of those painfully short soul jam type loops that will leave you begging for more (or a rework). This is a superbly executed and succinct album where every last breath has its place and purpose, don’t sleep on this one!

Hot off the press: Daisy Moon

HOT OF THE PRESS: Afrikan Sciences