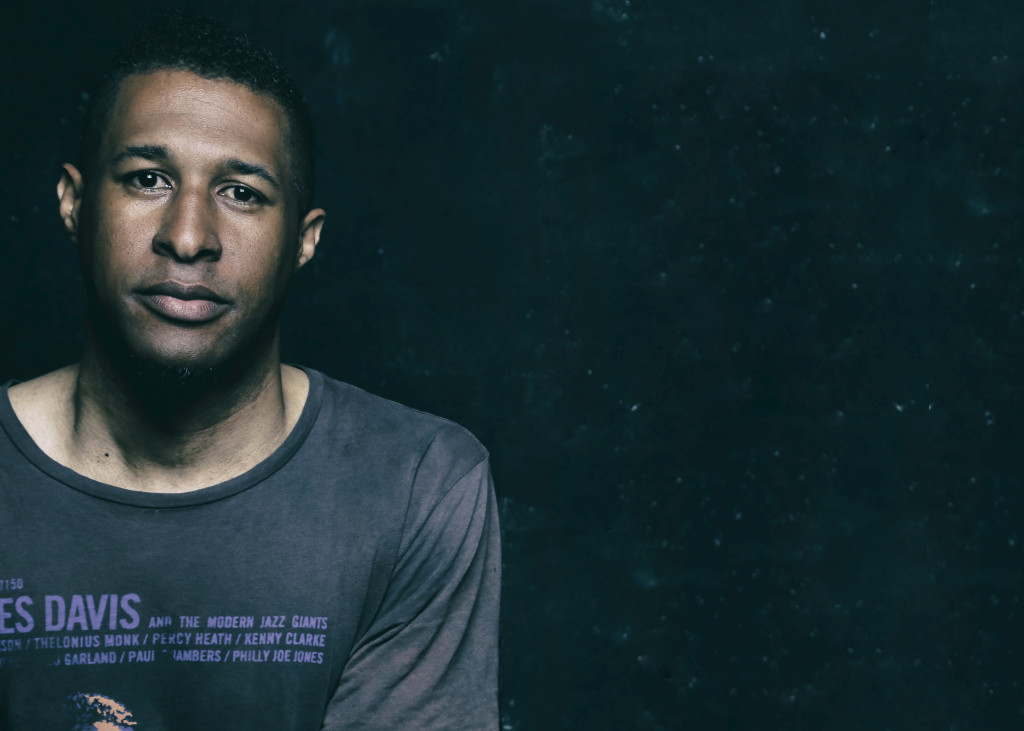 Since 2001, Aybee (Armon Bazile) has spent well over a decade gathering respect from all corners of the Electronic music world. With his mystical brand of sonic alchemy courtesy of his Deepblak imprint, work with Ron Trent and various other audio-visual projects – we tracked him down to find out a little more about the road he has taken from his native home in California, to his current abode in Berlin.

You were born and raised in the sunshine state and had some very strong musical influences in your upbringing right?

“Yes, I am from Oakland, CA which is situated right across the Bay Bridge from San Francisco. I don’t feel that my influences were particularly stronger than anyone elses. As a kid, you tend to think everyone is going through what you go through. My family is from New Orleans, which to me is the most important musical city in the U.S.A… if not the world. So music and dance is the same as eating and breathing: It’s not voluntary.”

Were there more than just musicians surrounding you when you grew up?

“Of course. There was a little bit of everything. My folks were working class people. My dad was the first in the family to go to college, and through that I was exposed to great deal of things and given a pretty diverse childhood.”

Can you recall any particular moment that made you feel you wanted to be a musician/artist?

“In my teens, I was a B-Boy. It was “The Thing” to do then, engaging Hip Hop culture in all its original facets. That was the first time I ventured into production, just because it was what my peers were doing. I didn’t take it seriously at all. I remember my friend that was my rap/b-boy partner at the time was like “yo man I really want to get serious about this!”. I was like, really? I was just having fun… He went on to later get a major record deal with Atlantic, and at one point was one of the best rappers in Oakland. But for me, it was just fun. I didn’t get serious about music until the late ’90s. That’s when I really started exploring thoughts, musical ideas and rhythms I had in my head. At the time I was rolling around the S.F. music scene absorbing a lot of vibes; but I had things in my head that I wasn’t hearing out. The biggest inspiration came from the Drum & Bass community. One of my DJ mentors John Paul Shiver use to be a Hip Hop DJ, but like myself, was no longer being fed by Hip Hop’s direction. I followed him as he began to dig deeper and deeper into Drum & Bass. What I was hearing really got me excited, which lit a fire for me to play around with production again. I kept everything I did secret for a while to let things incubate, then I slowly started to let people hear them. From the feedback I was receiving from close friends, I realised that I was onto to something, so I continued to pursue it.” 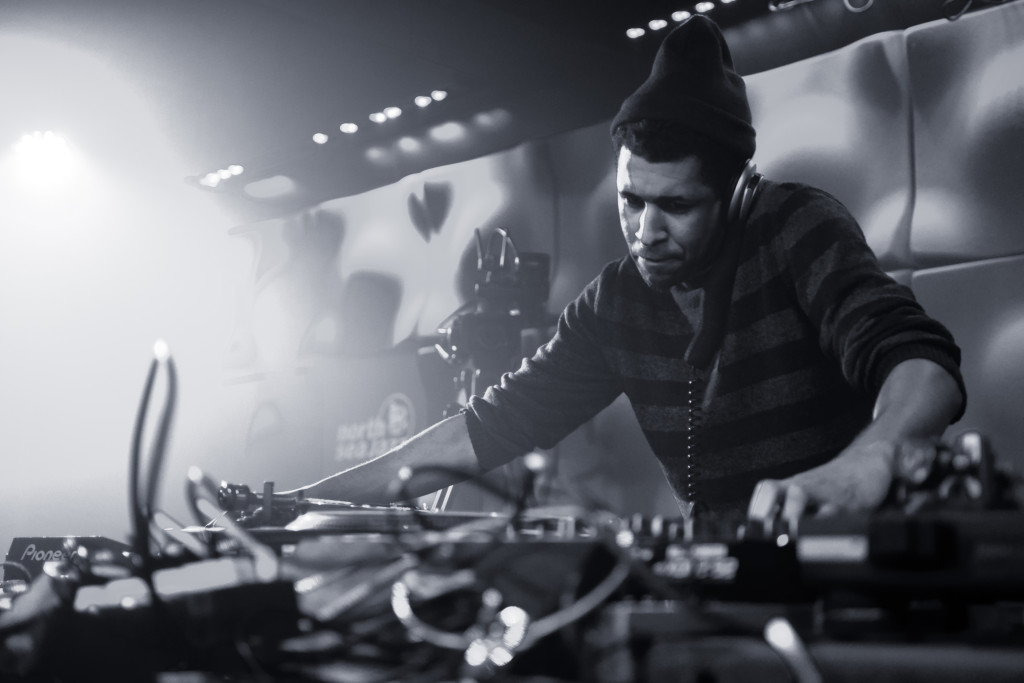 “Oakland had no electronic music scene. It was ALL Blues, Soul, and Hip-Hop. But there was one group called “Blaktroniks” who where on their own vibe in the ’90s. They released music on Jonah Sharp’s “Reflective” Label. They were doing electronic music when it was “absolutely” not cool to do so. They were trailblazers in a sense… and I drew upon their courage later when I decided to explore that avenue myself artistically. The “Scene” (hate to use that term) was based in S.F. So doing this music in Oakland would have people looking at you all kinds of crazy, because Hip-Hop/RnB were the money musics…so people couldn’t wrap their minds around why someone would be doing this weird stuff that didn’t make money. We basically created a space for ourselves within Oakland, as most marginalized creatives do!”

Did you get into DJing first or do you consider yourself more of a musician/artist first?

“I started producing and dj’ing at the same time because that was the way you got your production out. That was the performance part. So I started out on dual tracks really”.

Your first 12″ came out through Ron Trent’s Prescription – high praise indeed – how did your relationship with him come about?

“Ron was exposed to my music through a friend of his in NY. At this time, Ron was in the NY phase of his career and was a resident at the iconic “Giant Step” parties. I was heavily inspired by his USG output at the time, and I think it was reflected in my music. I would go out in the city to the house joints and hear all styles, but when that USG/Prescription stuff hit at like 3am??…. man it was like that scene from “The Wiz” when the Witch dies and everyone shed their old skin. It was another level of Depth… it was spiritual. Anyway, one day I was checking my emails and I got a subscriber to my mailing list named “Ron Trent”. Of course, I emailed him back to confirm that it was “Thee” Ron Trent… and it was. I was kinda shocked. He said he was digging my stuff and wanted to meet up when he came to S.F. to play. That’s when we met. He stayed in S.F. for a few days and we got to know each other. I was coming out of a deep deep monastic period of my life about 8 months where I simply didn’t even have a phone, I just basically withdrew from society and worked on music. My confidence was low and Ron was very very encouraging. I let him hear two tracks that later became the You In Love/Deepblak’d 12″ that he used to reboot Prescription. We have been “Blood” ever since.” 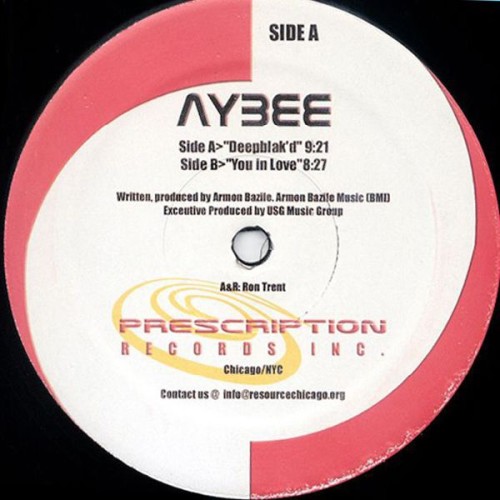 You then went on to found Future Vision, what spurred this on?

“If you follow Ron’s career closely you will see that one of the things that is a hallmark of his 20 plus years in music is that he does not stand still creatively. I was really about pushing the boundaries of the sound, and so was he so the “Future Vision” label was a manifestation of that energy.”

You’re now a resident in Berlin, when did you make the decision to come and live in Europe?

“It happened in the spring of 2012. I had just passed the 10 year mark of “Deepblak” as a label. I was looking forward to the next 10. What did that mean? I knew I needed to grow creatively, I needed new challenges but I didn’t know what that meant. Jus-Ed is really responsible for planting the seed in my head. I was in CA but most of my support was in Europe. Ed was like “Yo, you and Fred (Fred P.) – you guys don’t have anything tying you down, you guys are free to go wherever.” I heard him but I wasn’t listening at the time. I was living in an area of Oakland that was particularly hot with shootings and such. I was expending a great deal of creative energy maintaining balance within the chaos. Then one morning I remember waking up and looking at the ceiling, and then the impulse just came to go. That was it, I never thought twice about it. The rest was the blindest of all faith and the height of all foolishness. Had I thought too much about it, I probably would have talked myself out of it. But I kind of have a history of jumping in the water then learning to swim. I had a small fall tour set and I booked no return trip. Everything that has happened since I set foot in Berlin has been nothing short of miraculous. I think the only reason it worked for me is that I came with an open heart and with no expectations. It has been one of the best decisions I have made in my life. I love the city/people and it has been exactly what I was looking for creatively as a canvas. I am not a “party guy”, so that was not why I came. What I have found is a calm, a pace that fits my natural rhythm. There is such a great mythology about Berlin, and I think people come here with that fantasy in their minds and try to project that onto their experiences here. I find that mentality keen to rob people of really enjoying the subtle beauties of the city and its people.”

Your repertoire includes doing audio/visual art, was it a natural progression for you or more of a new adventure?

“Visual has always come first for me. I started drawing as a kid, which evolved to graphic design, which later evolved into web development. So by the time I got to music, I had had a few semi-successful careers. No money, but I had accomplished a lot. When I started the music I put the other things to the side. It was an opportunity to reset myself mentally, and spiritually. This was a new road, and that is how it happened.” 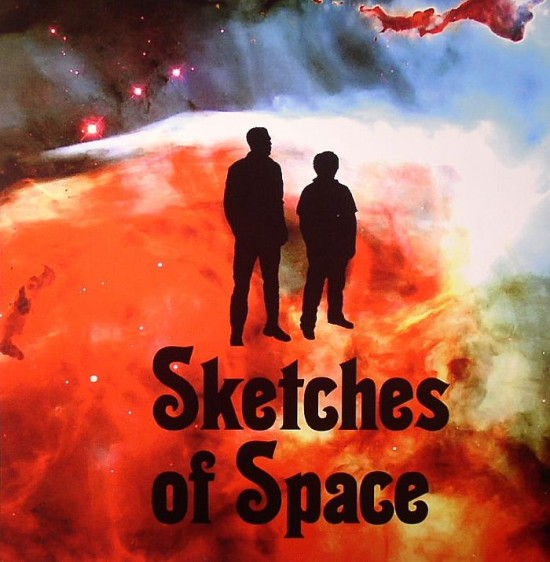 “Sketches from Space” is possibly one of your most experimental pieces of work to date – how did your hook up with African Sciences, did you have any particular aims when you started making tracks together?

“I met Eric through a mutual friend that had a radio show in Atlanta. He put me up on Eric’s music and mentioned that he had just relocated to Oakland. Soon after, he reached out to me via the 4hero message board. This was before social networking, it was kinda the community/hangout spot online for left-of-center music makers. When we met, I was floored. I will never forget that day. He brought me some music and it was as if someone had came from another planet that I forgot I knew. He is the most unique musician I have ever met. Up until that point, I really felt alone and disconnected, because my metronome was so different than others around me. When we met, I knew I wasn’t alone and that was big. From there the journey began. We were these sonic rebels in Oakland, just coming together around things we loved. “The Sketches Of Space” album came about through jam sessions over a year where essentially I was learning how to perform LIVE. Eric would come over, and we hook up our gear and jam. We always said we should put out some of those sessions one day and that’s what we did. When Eric came to Berlin for our label night, we did three more sessions  and that rounded out the album. Experimentation is our core if you listen to us at Deepblak, you know we are always searching, pushing, that’s the only constant. When Eric and I produce under “Nibiru Projeckt”, it’s more straight forward studio style. But with Sketches, it was just plug in and go. The machines are tools, we are trying express ourselves through them the same as a sax player through his horn.”

“Music, Music, Film, and Music. This will be a very busy year for us. Lot’s of projects forthcoming.”