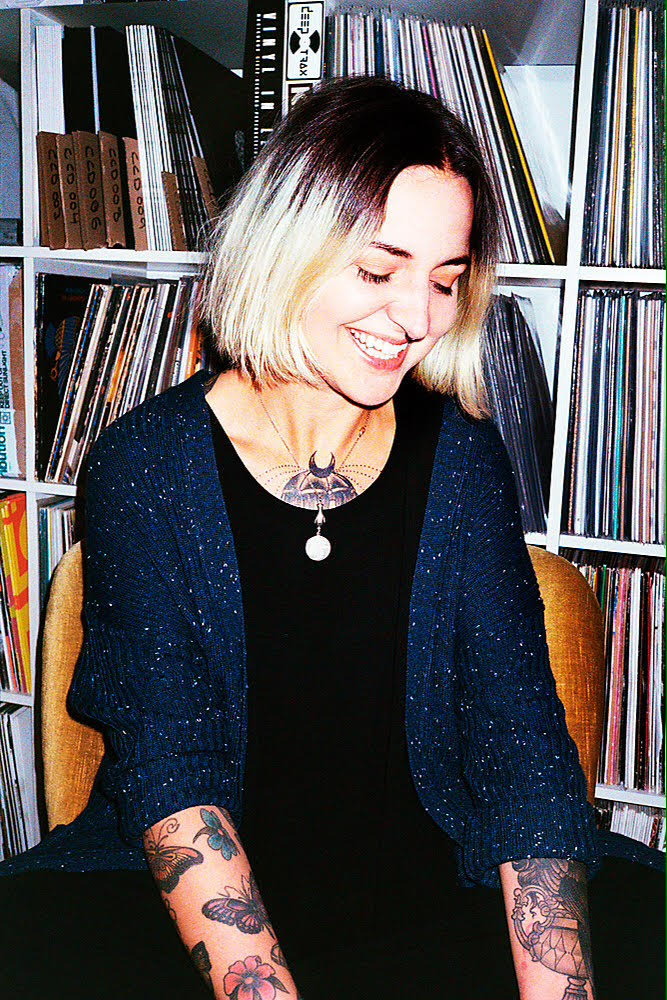 What is it about Sweden and its love of Techno? We put that very question to one of the country’s finest Techno upstarts – Johanna Knutsson.

From the degenerate techno acid stylings of Frak to the ravier muscle of Robert Leiner in the early 90s, Adam Beyer’s hugely compressed kick drums, the psyched-out Electro of Cari Lekebusch or the elegant trance of Minilogue (we can go on!) – there’s plenty of artists that spring to mind when referencing Swedish Electronic Music.

Whatever way you look at it, there has been a long affinity between Norse folk and the machines  as we know it. And, unlike their Norwegian counterparts, the one thing you can say is that Sweden’s output is most definitely Techno by nature – and in sound.

A key player in the new wave of artists to emerge from the frozen North who now resides in Berlin, it is nearly a decade since Johanna Knutsson first stepped behind the turntables. She has since played in some the biggest clubs in Berlin and around the rest of Europe, heading up Klasse Recordings with Luca Lozano. Whilst the question we put to her is not entirely easy to answer, Johanna very kindly delved a little deeper into her country’s love affair by taking us on tour of some of the current labels and sounds that are making waves right now.

“We are a tight crew though who support each other immensely and the only time I go out nowadays when I am not dj’ing myself, is when my friends are playing. The people I know from Sweden who got into this early are doing pretty well for themselves, so that must mean something. Maybe it’s something in the water!?!?”

Rather than dwell too much on the past, there is evidently a rich vein of talent that make up Sweden’s current generation of label owners and artists:

“I decided to pick out and talk about a whole bunch of Swedish vinyl labels (along with the year of their first release) that really stand out for me right now. I’m sure there’s tons more of them that I’ve missed and I truly apologize to anyone I’ve left out – it’s an honest mistake! These are ones I know are based (and ongoing) in Sweden.”

“Run by Jean-Luis Huhta, who is such an inspiration to me. He’s one of those people who was already there at the start of the Swedish underground scene and is still doing exactly what he enjoys and man: there’s only cool stuff coming out on this label! The man is a genius. He wrote our first release on ZODIAC 44, is the remixer on our upcoming UFO-release and has played live at several of our club nights we’ve arranged here in Berlin. What can I say, he’s one of the best people I know!”

“I don’t have any personal connection to this label but someone gave me one of their releases the last time I dj’ed. It took me some days to listen to it and when I did, it was instant love (Skogsdöden). I looked them up on Discogs and they’ve already released 2 albums. Check them out!”

“Owned by one of my closest friends Rivet, he taught me a lot about music and is a big inspiration when it comes to collecting records. This label is going to be something different from what we techno-heads are used to listening to: his  mission is to continue and evolve the legacy started in the late 70s/early 80s by bands such as Liaisons Dangereuses, Geile Tiere and Xao Seffcheque.”

“Brought to you by Kalawila (Robin Jonsson), a dear friend of mine who has always been very supportive and a good party partner, he has great musical taste and a good ear for detail. He produces really trippy, stripped down techno. His new release out on Bossmusik is most definitely worth a listen.”

“Run by Fjäder/Ida Matsdotter. Keep your eyes on this woman, she is such an amazing creature and creator. We have had a special connection since the first time we met (Dorisburg introduced us in Gothenburg 2 years ago = friend-crush instantly). She has the biggest heart, great energy and I really think you can feel this in her music. The name Nordanvind (northern wind) comes from her searching for calmness in nature, and a wind blowing from the north can never be wrong.”

“One of my favourite record-stores in Sweden also started a label! So far their releases have been very diverse and interesting. I really recommend you to look it up when you’re in the mood for something else then a 4/4 beat. Top quality!”

“These two guys Henrik Bergqvist and Noah Gibson make my heart beat a little faster with their productions. Every time I play something they’ve made, people lose their mind on the dancefloor. Quality (people) right here!”

“Ok, so they haven’t quite released a record yet but this will be all of our favourite label, I can assure you. Curated by Dj Pjotr (hooi Kimmm!) who manages to find great music where none of us even bothered looking. The stuff I’ve heard so far is mind-blowing and oh so exciting. The first release is by New York based gay band Bottoms – ‘My body’ is a messy acid punk house affair complete with live drums and a haunting original vocal. With a slamming version by Kassem Mosse on the flipside, I really can’t wait for you all to hear it, it’s SO GOOD.”

“Since this is MY article, I’ve decided to make a small exception and expand upon my selections! The last few labels on the list I wanted to mention are run by some of my finest fellow Swedes, based here in Berlin.”

“One of my first proper techno records came from this label actually. I think the label-description nails it: “Inspired by memories and music from the past, and the evolving sound of techno. Pär Grindvik’s Stockholm LTD label aims to find the perfect place between aesthetics and underground culture.”

“Run by Fredrik Nyberg (Dj Nibc) and celebrated their 10y anniversary 6 YEARS AGO (!) and has so far 33 releases on the label which is quite a lot for these swedish labels. My favorite track by my favorite producer is released here; Hans Berg-Tucan Fever. Ajajaj!”

“Run by the most powerful lady I know, Sanna la Fleur. I don’t know how she manages her time, but I’m impressed with how much she gets done.”

“Patrik Skoog’s label – he’s done so much for so many years and is always on point.”

“New label created by Henrik Gunnar Jonsson, with only one release out so far but that one is sounding very good.”

“Run by Olle Bergkvist, and has beautiful artwork and beautiful music on every release.”

“CCD is a 5 year old label with a really creative hand drawn artwork for every release.  The label owner is also the most handsome man I’ve ever laid my eyes on, my favourite DJ and vinyl collector – Tobias Gullberg.

Johanna’s next release features on the forthcoming UFO Recordings EP, which is out at the beginning of May 2016.

For those of you wishing to dig even deeper, Johanna has also kindly provided a footnote to this piece which lists about as many Swedish Techno labels as she could think of, along with a link to her favourite track from their catalogue!