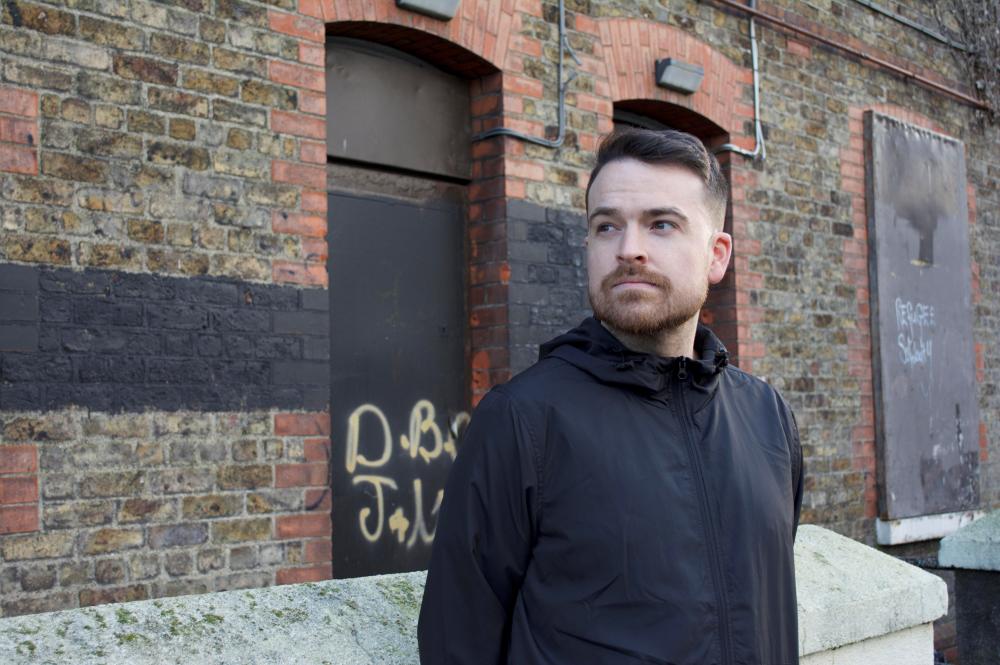 For the past 7 years, Liverpool born and bred techno talent John Heckle has been stamping a clear mark

True to his roots, John Heckle’s brand of emphatic machine aesthetics is distinct in its heady, raw, psychedelic feel. Having found a natural home with Mathematics Recordings, Tabernacle Records, Crème Organization and Lunar Disko, he already has two full length studio albums behind him: The Second Son and Desolate Figures along with a litany of singles, remixes and EPs. He is about to release his third LP “Tone To Voice”  through his close friends and associates, Tabernacle. We’ve been fortunate enough to track him down to ask him a few questions, to find out a bit more about his approach and what lies in store for the year ahead.

What was your first real experience of hearing techno being played live & how did it shape your outlook at the time?

“It was Dave Clarke during his live tour around 2004 (he was also the first techno DJ I saw back then, so two firsts in that respect). What also sticks in my mind is seeing Neil Landstrumm playing live at a night called Soundslike above Jones’s pub in Chester that same year. Probably only around 40-odd people in attendance (on a Thursday no less!) but a great atmosphere in there, very vocal. Still some of the best parties I can remember were above that pub; great music and very friendly. In terms of shaping my outlook, I think both of those sets probably had an effect on me at that age, but both were very different experiences. I could actually see what Neil Landstrumm was doing, in respect to it being a small venue, so I guess visually I was able to take in a little of what the process was. I actually found some footage of that set while I was writing this funnily enough. Great live act and very unique to Neil; still some elements of the banging 90’s stuff in there but with plenty of those wonky rhythms and basses. Always had fond memories of that night!”

When did you start buying equipment then?

Did it take you long to find your groove using outboard gear with your Dj sets then?

“Pretty quickly I think. Being 17 and in college, I had a lot of spare time to try a few different things out. I used to take the machines down to a small night I used to help run (also above a pub) in Liverpool called Rehab. It used to run once a month from 9pm until 2am (when it had to shut due to the licensing laws). People didn’t used to turn up until after midnight so it was usually a high energy affair with people making the most of the two hours they had in there before it shut. So we didn’t hold back, it was always a pretty heavy and fast paced night. People knew what they were in for. So I used to take the 505 and the Drumstation down to do drum solos with the 909 samples for a bit of extra power. Had some great nights doing that.”

Was there a particular moment where you felt it all came together?

“I was doing techno sets using three turntables and the drum machine set up for a while around that time, I think that was the handiest and most nimble I can remember being. Most fearless as well. It helped that people knew they were getting themselves in for the heavy duty treatment at the nights we used to run, so there was never any call to hold back.”

You’ve covered quite some distance since your first release with your third album coming soon, what have you got in store?

“The album has more abstract stuff on there; of the 11 tracks there are more abstract and ambient recordings than club tracks. I’d be tempted to say it’s more personal but to be honest all the long players I’ve done are personal to me in certain ways. One thing I can say is I’ve left the TR-707 in the cupboard for this one, so there’s one difference with this compared to the long players before. I’ve included previews here so I’ll let people make their own minds up”

How do you feel your own personal experience has shaped this album then?

“Hard to say but maybe certain experiences over the last few years have made me sit back and contemplate a little more than I used to, without getting into specifics. The album’s dedication is testament to this.” 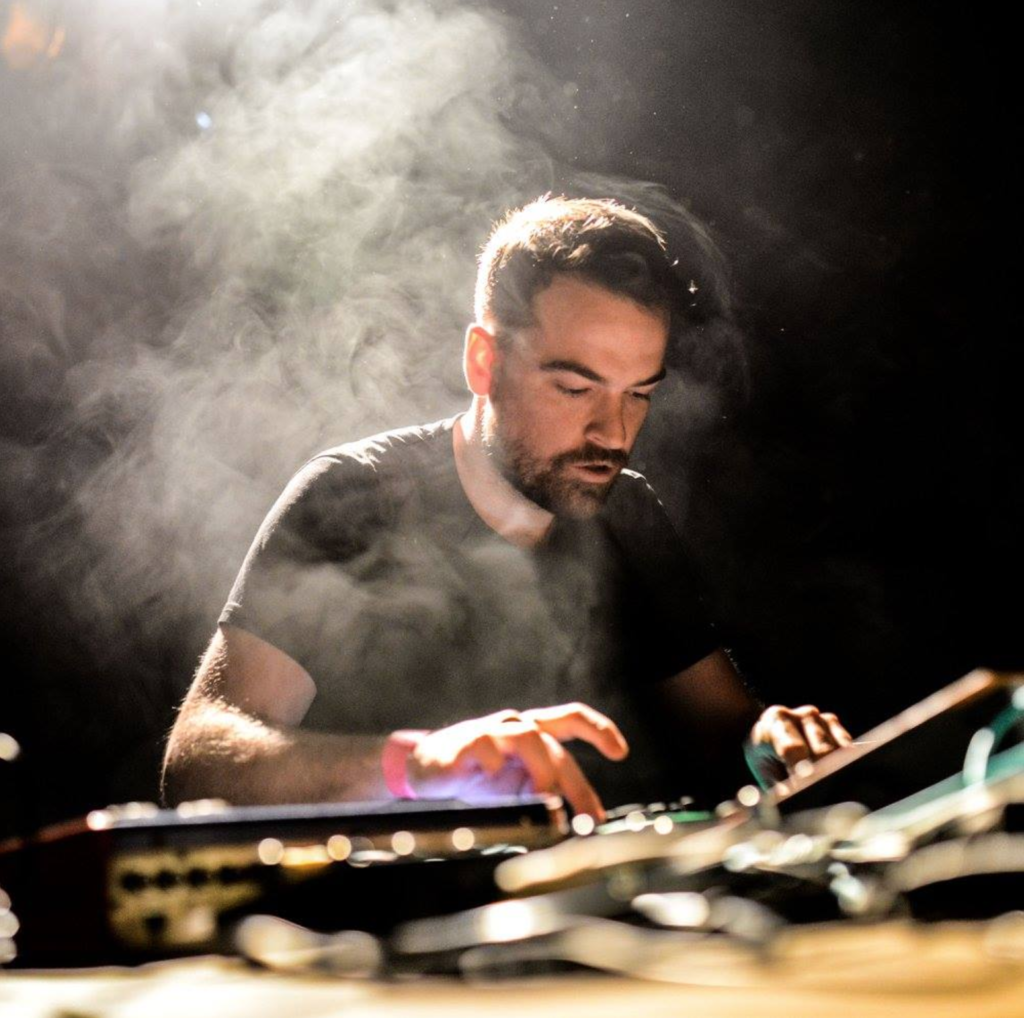 Is your approach different now compared to your previous output, or what you’ve been doing with Head Front Panel?

“I always gravitate to different bits of gear for the two different projects. If you can picture an imaginary line cutting the room in two… for either project I’ll be in a different part of the room and using different bits of kit. I’m still using the same basic set up for the JH stuff that I have been since day one; a Roland workstation and a few assorted drum machines and synths, though I have scaled down a fair bit in the last year.”

What would you say gives Head Front Panel that special edge then?

“I’m not sure I’d view it as having an edge over anything else I do. To be honest most of my studio sessions are a hodgepodge of throwing ideas together; what might start as a laid back affair might end up as something altogether more banging by the end of the day. It’s an off-the-cuff kind of process.”

It’s been an amazing time of late for hardwear lovers with a whole new generation jumping on board, has anything stood out for you recently?

“I got the new Korg FM box. Great sound for such a little beast. A good cheap buy for anyone wondering, I’m getting on well with it. Also picked up the Kawai K1M (not new gear by any means but new to my studio set up) to accompany my old K4, and most importantly to take on the road with me (I’ve wanted to have the K4 on the road with me for years, but it’s too big to travel).”

If there was one bit of kit that you could have custom built/made for you what would it be?

“Oof I really couldn’t tell you! I think half the fun is exploring bits of kit to see what they can do, so I’m happy with anything in front of me. You could do worse than putting a Kawai joystick on it though!.”

Have you got rid of anything that you since regretted?

“I’ve sold a few things quite recently to fund other gear purchases. Sold the PolySix, Poly61, Juno 106, Jomox XBase. I miss them all for certain things that they did. But I’m happy with my current lot. I think it can get a bit convoluted having too much gear in the room, so I’m in a habit now of selling in order to buy. More of a gear merry-go-round than a collection.”

Where do you stand on the whole modular way of working?

“I’ve never used any modular equipment so I have no opinion either way.”

In terms of current acts/artists – has there been anyone that’s really changed your own ideas?

“Nobody comes to mind in terms of changing my own ideas, if I’m honest. I think Juju & Jordash / Magic Mountain High (MMH) are one of the most impressive live acts of recent times though for me. As live as live electronic music gets really. A lot of newer techniques probably serve to make performances less ‘live’, so it’s nice to see them playing the synths and breaking out guitars etc. More visually exciting also, which I think is needed more these days. The more ‘live’ the better; whatever can add that element of tension, something that has been sanitised out of most modern live dance music set ups. So yeah, enjoyed the last few times I have seen J&J or MMH. There’s a lot out there that I haven’t had a chance to see though, so not to say there’s nothing else out there worth a shot. I’ve heard Kink’s live is really impressive (I think he uses crowd participation? which sounds really interesting) though I haven’t seen it myself. I also haven’t seen the current Hieroglyphic Being live PA (last time I saw Jamal play live was in 2009!) though the last video I saw was particularly mind bending!”

Where do you see the future of playing live going?

“It’s hard to say. I’m probably the wrong person to ask. Most of the gear I use in my live sets are older bits of kit, or new boxes that do old jobs. I’m not part of any cutting edge in that respect.”

So you’re not looking to do any kind of Jean Michel Jarre tribute act anytime soon then?

“Well my middle name is Michael, maybe that’s about as close as it gets I think! Though I’ve no idea what he uses so who knows!”

Coming back to your new album, do you see yourself playing differently on tour then given the music is a lot more chilled?

“Not especially no. Unless somebody wanted me to perform that album or to play a DJ set in a similar vein. DJ sets are always a mixed bag for me anyway, so I can take it in a number of different directions. Having said all that, I have already performed a few of the album tracks in my recent Live sets, so they will continue to be a fixture. And I’m not opposed to doing a live ambient thing if the opportunity arose.

I’d also like to take the opportunity to mention a label I’m doing with Mark Forshaw and Binny. It’s called Boss Tracks and the premise is some fun with the Phantom Planet Outlaws comicbook superhero idea (which we have outed a few times on Tabernacle/Apartment/ONE Electonica).The first record is currently out (BOSS 001 – Muscles From Outer Space) and digi might also be available by the time people see this article. But if not it will be soon. More from PPO in the future so watch this space.“