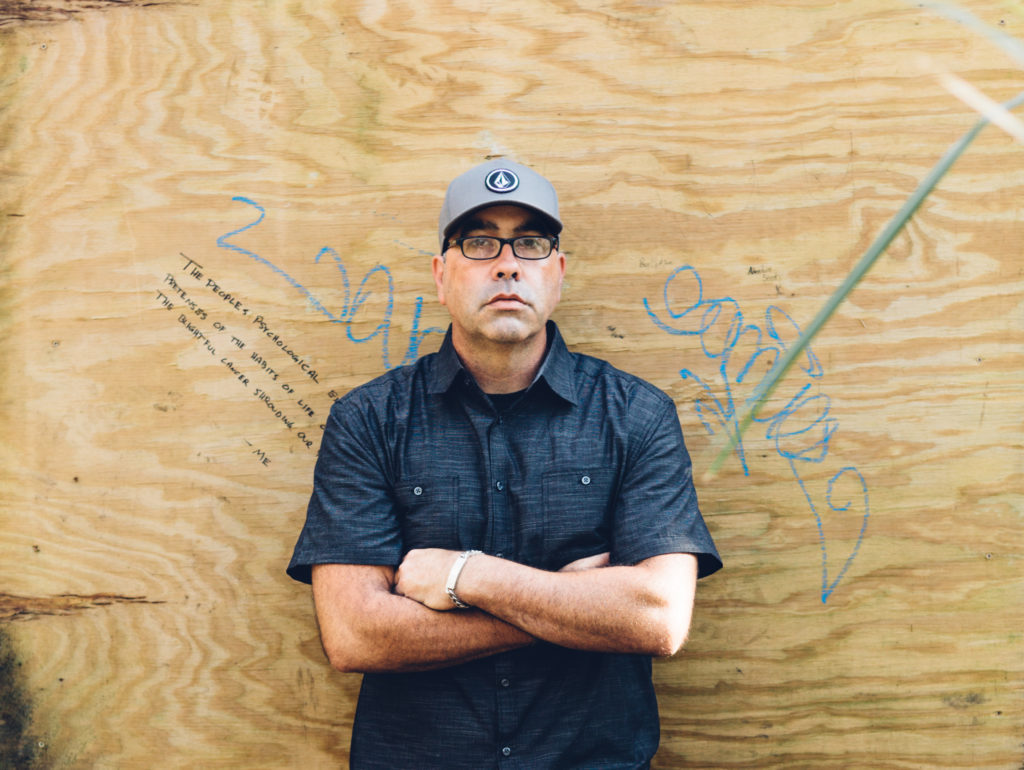 You were born and raised in Boston right?

“Yes, I was born in Boston. I was a military brat so my father got stationed in Orlando and that’s where I call home today but I have lived in many other places for short periods of time, and that’s where a lot of my musical influences come from. But, mainly my parents instilled in me what great music was all about. They taught me to really listen and absorb. I grew up in the 70’s and the 80’s and it was a great time for music.

Who else had a big influence on you then?

“I would have to say David Mancuso because of his infamous loft parties in NYC, I was lucky enough to be able to catch a few of those parties and it really changed my perception of how music could be played, and how parties should be set up. Hot Mix 5 from B-96 FM Chicago had a huge influence on me as well, especially BAD BOY BILL, also my friend Manny (a radio show host) who would bring me his cassettes, his mixing skills were on another level. Giorgio Moroder is another hero of mine, I have interesting story about him actually: back in 2015 Chez Damier and myself were given parts to E=mc2 and he found out we had the parts to his music. He contacted me on Facebook, I wasn’t sure if it was really him so he gave me his phone number. We talked for hours and now we’re friends… of course, I gave him all his parts back. To be fair, there are so many heroes I’ve had throughout the 29 years I have been involved in the house scene: Danny Tenaglia and his 15 hour sets at the Tunnel in NYC, along with his marathon sets in Miami definitely should get a mention too.”

When did you start getting into playing music/dj’ing?

“I learned in 1988. I bought my first pair Technics and from that point on I was hooked. I sat there for hours teaching myself. I really got started in the early 90’s and was doing a lot of house parties back in those days. A couple years later, like 93-94, I got hooked up with a couple of pioneers here and who had radio show called ‘The Deep Underground House Show’ on 91.5 FM (Rollins College Radio), hosted by Dj Cano and Manny Quevas who were from New York and Chicago. I learned from the best of both worlds and then later became part of the show. These guys were bringing Roy Davis Jr, Carl Craig, Sneak, Armand Van Helden, and Dj Duke before they really became international stars.”

What music from that time really stuck out for you?

“All the MAW stuff, Prescription… 1993-94 were the best years in my opinion. Roy Davis Jr, Warp Records and Drexciya.”

Was there much of a club scene in Florida at the time?

“From 1988-97, I would say Florida had one of the best scenes in the country. We had a huge warehouse called the edge. We were the first city to bring in international acts like 808 State, The Orb, 2BAD Mice, the list goes on. We also had a classic club before The Edge, which was called AHHZ and started in 1988 and went on through to 1996 with reunion shows. Then we had the Fire Stone Club, which was a Car Garage from the 1920s turned into a club. I often travelled a lot because I loved deep house, so I would go to Simons in Gainesville, which in its time was one of the best clubs in the world. We had 4-5 afterhours clubs as well. Sadly, in 2001 it all came crashing down because the government started closing all parties at 2:00 am.”

You spent quite a bit of time going to Chicago, what took you there?

“The food and the music for sure. Gramophone records was my favourite store, I could drop a cool $250 in an hour on records there. I would go see friends quite a bit do some recording, that’s it really.”

How did your link and friendship come about with Chez Damier?

“I linked up with Chez in 2004; it was quite cool how we met really. I emailed him and we started talking about GOD, and how we both believe. We became really close friends. That’s when Balance Music Group started; of course he had Balance way before that. But this was different because the music wasn’t about us, it was about giving back to the people and many producers got their start from this group including myself. At the time, I was releasing under many different alias as well so I co-produced some albums on Balance Recordings and released on it as well. We’re much working together on a very big project right now, which I know you’ll see soon. We’re releasing the classic “Nude Photo” again on Finale Sessions but with the real producer Thomas Barnett, not Derrick May (who stole it). There are many more productions which might get released this year.”

What have you guys got cooking then?

“We’re always coming up with plans but these plans are never about us, they’re about helping other people and giving them a lift.”

Do you see your music as an ultimate expression of your faith or is it something beyond?

“My music is always based around my faith in GOD. I can’t operate without HIM, it’s plain and simple. The album I just created was for his purpose, not mine. I hope when people listen they will get emotional and feel the love that I put into this. It’s been a tough year, my mother is really ill and my faith has gotten stronger over this. ”

What are the biggest things you’ve learned from working with Chez then?

You’ve been running Finale Sessions for 8 years now – how did it get started?

“Finale Sessions got its start through Balance Music Group really. The label has always focused on forward thinking dance music at the end of the day, and I really have to thank Fred P for setting the label off right: Emotive Vibrations is a classic for sure. So, I can’t thank Fred enough. I have a specific crew that have also taken my label to the next level: Luke Hess, Patrice Scott, Kai Alce, Chez Damier, Keith Worthy and all the new blood out there keeping it going.”

What have been the highs and lows so far?

“Lows: Crosstalk Distribution screwing over a ton of people.

Highs: Music is the best high ever.”

How have you found yourself adapting over the years?

“Music wise: I just mix the old in with the new and come up with my own style, but I do Iike to change things up on regular basis. I never stay in one place. Home wise: I live in the jungle and I love it! I am near the beach and plenty of sunshine.”