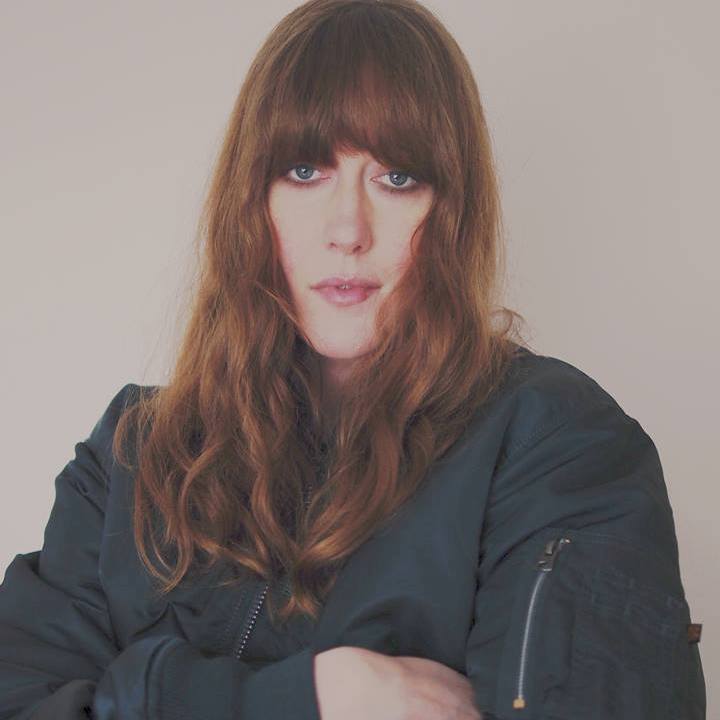 Some brief words from one of electronic music’s rising stars, Karen Gwyer

Born in the South yet raised in the North of the USA, and now residing in London (UK) – Karen Gwyer’s experiments in Electronic music may not quite have registered amongst the copy books and end of year lists (to date). Yet, her exceptional ear warping talent has been slowly making the right kind of waves as her project and sound has developed.

As a person for whom music has figured heavily in her life from an early age: growing up in a musical family, playing in her high school jazz band before leaving it all behind to pursue other artistic endeavours by moving to New York and studying photography. It was only when she moved to London with her husband, that her life took yet another turn and she decided to come back to music again, becoming an attendee of gigs at Dalston’s Cafe OTO and taking part in an experimental music festival.

With her initial experiments and recordings making their way to the world courtesy of Kaleidoscope and No Pain In Pop. More recently, she has found sanctuary amongst the left-of-centrist imprints of, Opal Tapes, Nous Disques and Don’t Be Afraid. Her music is best described as shifting fields of hypnotic melody with a firm emphasis on bass, appropriately wrapped in large measures of psychedelia – all whilst keeping up the dance floor vibe.

Using a largely analogue set up and opting to jam as much as possible in both the studio and her live performances – she is now touring regularly.  With her latest EP “Prophase Metaphase Anaphase Telophase” hitting the shelves and already becoming a hit amongst savvy DJs, we caught up amongst a rather busy schedule to discover a bit more about her take on things:

You hail from quite a creative family, what led you to get involved electronic music?

“I fell into it in a really roundabout way, where, on the spur of the moment, I joined a band of really lovely guys I barely knew. I couldn’t play any standard band instrument, so everyone shrugged, “well, how about you play synths?” I figured I could hack it, so I went out and bought a filthy little synth, and quickly found that I enjoyed messing around with it in my spare time.”

As a native from Ann Arbor (Michigan), did growing up anywhere near Detroit have an influence in your musical DNA?

“Yes, it was a huge, huge thing for me as an impressionable young person listening to these absolutely blazing techno sets on the radio. I was too young to go clubbing, so I tuned in for nighttime drives, or put the headphones on and spaced out at bedtime, which probably doesn’t jive with the gritty romanticism surrounding the early 90s Detroit scene. But those big tracks sank in so deep.”

Rather than be pidgeonholed as X, Y, or Z how would you describe your sound (or is it more of an approach)?

“I just like making stuff that, while being a little odd, still contains that sort of soaring, slightly heart-breaking synth lines of early techno. And big drums. Or I try, anyway.”

Who would you cite as your biggest musical influences?

“I can’t really pick apart the million qualities that make these artists’ records such a big part of my life, but the closest I can come to a rationale is that they all often tread that line which I really love between ecstasy and aching.”

You’ve been living in London for quite some time now, how are you finding it?

“I’m going to have to bite my tongue a bit here. I’m sure everyone is sick of hearing me moan about the obvious issues. After 11 years in London, I’m just at a loss for words. I can’t stand the steady grinding to dust of individuality, the complete and total capitulation to big money, the social cleansing, and the shameless promotion of a grotesquely elite, designer lifestyle literally around every ratty little corner. I came here in part to get away from a sold-out New York, where I had lived for a decade before. But now it’s largely the same shit, different city. I have found the transition quite depressing, as you might suspect. The time to leave is way overdue, but with all this zealotry and political brouhaha across Europe and on the other side of the Atlantic, many escape plans have soured.”

Magic or Accident: where do you stand when it comes to writing music?

“I don’t really follow any formula. And unfortunately I rarely feel like my material comes out of magic or happy accidents. Generally, it’s a long process of intense frustration and overwhelming self-doubt that often veers into anger and hopelessness before I manage to squeeze something decent out.”

Your initial recordings are brilliantly expansive, how do you feel about compressing your ideas into a more restricted mode now (compared to your initial albums)?

“When I started messing around and recording years ago, I never imagined that I would play live. I added umpteen million loops and layers and tiny little bits and just carried on down that wormhole for a while until somebody asked me to play a show. At that point I realised that I was fucked!

To make a long story short, now it’s playing live that I consider to be the best part of making music. In purely practical terms, I like being able to pack a small bag, get through airport security with minimal fuss, set up and soundcheck in 15 minutes or less, and play a banging live set with my eyes half closed because there aren’t enough pieces of gear on my table to go too wrong with. Also, to some degree, I improvise when I play, and it’s those in-the-moment variations that I prefer now to the hours of fine-tuning that I used to spend in the studio. Perhaps more importantly though, another thing to mention here, in reaction to the assumption that I’m not making as much diverse music anymore, is that I am, but it’s not being released.

I’m making more calculated decisions lately about what I release because I’m trying very hard to shake off the seated crowd, music appreciation gigs. My tastes have changed, I have kids now and genuinely need to use my own live gigs as a vehicle for going out, I want to release the kind of records that I enjoy buying. I want to play with certain people that I really admire, and so on. I’ll start going down the alias route soon in order to release the rest – which, thankfully, doesn’t sound like my early stuff. I appreciate that people like my earlier releases, but for me, they largely serve as a benchmark from which to continually push far away. There has to be change.”

How has your set up evolved since you started & do you have a favourite weapon of choice in the studio?

“Well, I’ve never been able to afford loads of gear, but lately I’ve been very happy combining Elektron machines with Vermona and Moog hardware. I still love my Roland JP-8000. And I just blew the bank on a new Analog Rytm.”

You’ve been touring quite a bit over the last year, have any particular artists caught your imagination/ears/feet?

“I’m going to shoot myself in the foot and forget some people here, but some of the performances and sets I felt really lucky to have caught this year have been from Jaleh Negari, Solid Blake, Wade Deacon, Via App, Pan Daijing, and Aïsha Devi.”

Art as performance & performance as art: where does one begin and the other end/are they mutually exclusive?

“I’ll just say straight up that I’m not gifted in the art of critical analysis. Nor am I comfortable at all with definitions of any kind in life. Thus, I’m not sure that I see a need to make any sort of distinction or place myself in any particular position. I certainly don’t intend to dictate to an audience of individuals in widely varying states of focus and intoxication what to make of it all when I’m playing.

As a spectator, when I go to see someone play, it’s always a performance of some sort that they’re producing. And it’s always an art form they’re engaged in. But that’s as defined as I’m willing to go. I guess I’m more interested in the finer details of what happens and how much I respond to it. Is there an electricity being created between the performer and myself? Am I less or more aware of my surroundings? Am I impressed by it? Am I concentrating more on the performer or the music? I don’t think about it too much, but when I do consider my own performances, I try to do a job of shifting the audience concentration away from me and towards the music but doing that does involve a genuinely involving performance on my part. I can’t just stand there like a lamppost. Luckily, drinking on the job is encouraged!”

Last but not least… what have you got planned next?

“I need to figure out how this Rytm works. And then, hopefully, there will be more good times ahead. I’m incredibly lucky to have been taken on by my agent, and I know she’s working hard to keep the ball rolling, so I’ll be pulling something out of the bag to make her job easier. Keep an eye out!”

“Prophase Metaphase Anaphase Telophase” is out now on DBA