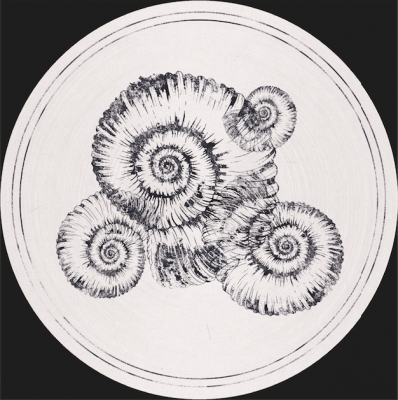 New material from the Fossil Archive

Having launched only a year ago, UK upstart Roberto has been winning over Techno’s conogscenti with his impressive output via “Fossil Archive”.

Going from strength to strength with each release, every cut has delivered the right blend of dance floor science with that all important edge of boom room aesthetic that cuts through crowd. As an artist, Roberto has quietly continued to make his case as one of those people who emits the right kind of energy and consistency that stis clubs and ravers into a frenzy whilst hardly breaking a sweat. His records have instantly found favour with the likes of Klock, Detmann, Clark and DVS1 which has led to regularly invitations to show off his own skills off at Mecca venues like Tresor, Berghain and Fabric.

For those of us that have taken note, it’s comes as no surprise that the first set of remixes for his label have come from two of the scene’s finest ambassadors: Rolando and Sterac (aka Steve Rachmad).Taking one track apiece, Rolando turns his hand to ‘Perisphinctes’ and strips the raw elements of the original right back to the bones, adding a vein of uncompromising funk that’s reminiscent of the hard, tracky Chicago grooves that inhabited the likes of DJAX and Force Inc in days gone by, retaining a modernist feel that is worth every penny.

As if this wasn’t enough to tickle your fancy – the legend that is Steve Rachmad rocks up under his deeper alias Sterac to add his own take on ‘Tiziani’. Where the original saw Roberto toe a melodious line with a sweeping synth and pulsating drum work, Sterac rejigs the elements around neatly into a dappled journey: jacking into a symphonic build with the kind of no nonsense approach that is fast setting Fossil Archive as a hallmark for the kind of groove that has been absent for far too long.

Grab a copy whilst you can folks …