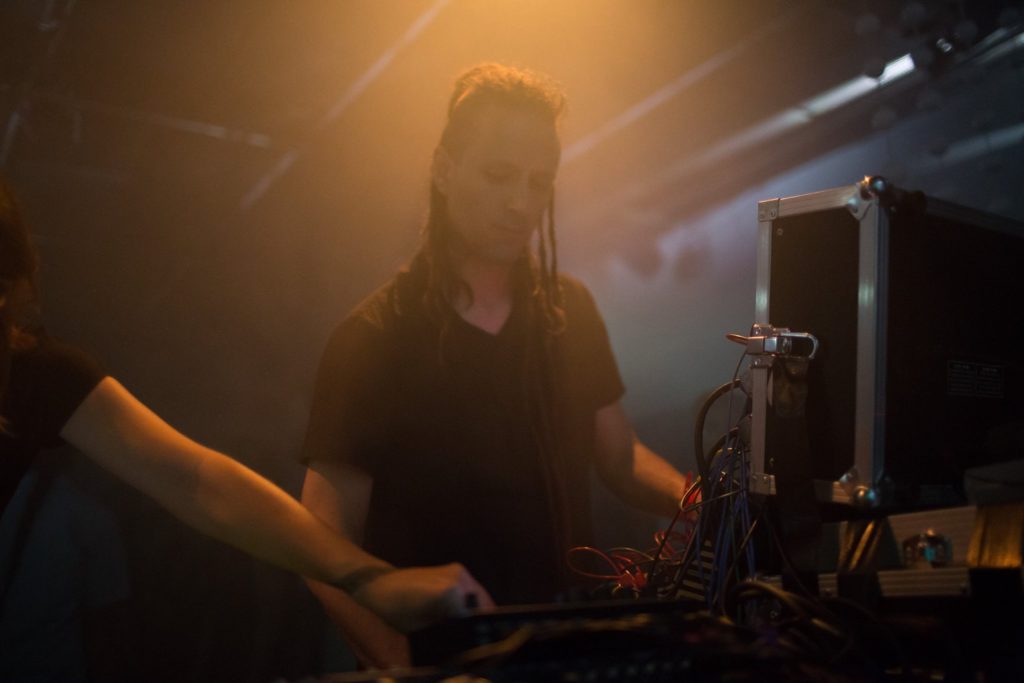 The most difficult part of building yourself a modular system is choosing one that is just right for you. Quite a few things need to be taken into consideration: the functions of each module, how much real estate it’ll take up and how deep it is. Not to mention price, aesthetic appearance, ergonomics, the sound that you expect to get out of it also play a big part.

One of the biggest things I’ve found during my years of playing with modular is that modules from the same manufacturer do sound best together. For example, basic subtractive voice elements such as filters, vca’s, oscillators and envelopes (for filter fm and amplitude control) play the most important part in making and shaping sound. Therefore, even changing the make of envelope in a chain can drastically change how your instrument behaves. Whilst things will stay in the same ballpark, you will find the way the VCA reacts is different, and not always in a good way.

When I ”lost” my three Z3000 oscillators to my partner Jessy (she makes magnificent chords with them now), I had to get a couple of replacement ones for myself. Foolishly, I went with what was in stock at a time, thinking that even after extensive testing and comparison it would be fine. As it turned out, even though the two oscillators sounded great on their own and paired with the filters etc. they didn’t track as well as z3000mk2. In practice, we had great sounding voices that fell further apart the higher in pitch we went. Now we are back with 5 exactly the same oscillators for all of our sounds: we mostly play live, so we need reliable and to some extent predictable stuff.

Here is a breakdown of our voice set up. I am absolutely sure that this will mutate into a slightly different system over time, it always does. Even though some things will remain the same!

My absolutely all time favorite bass sound that is absolutely magnificent on a huge system – not too fat, very well defined and punchy is a pure TipTop Audio voice: z3000 mk2 going thru z2040 low pass filter/vca, controlled by two z4000 envelopes.

I have this set up for various sounds, used mostly for leads and alternative bass sounds: triangle or sine wave from z3000mk (normally I would re-patch in the middle of a gig as in some venues and /or on different sound systems, some waveforms just don’t sound as good as others). I have this going through a Toppobrillo Tripple Wave Folder, Toppobrillo Multifilter and a WMD digital VCA. The amplitude is controlled by Z4000 envelope, filter and TWF are controlled by make noise Math. This gives me a wide pallet of sounds from simple east cost to predominantly west coast (VCAs very often are replaced with low pass gates). 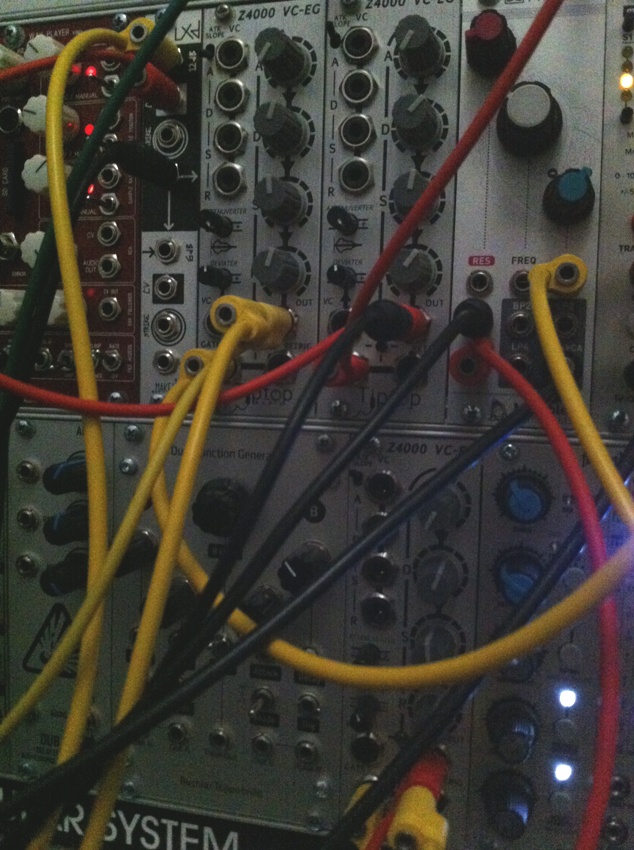 First, there is a Toppobrillo quantimator, a quantizer that from a single CV that generates a three note chord. Then, I have three z3000mk2s mixed together and then split into 2 different filters: Doepfer Wasp going thru Manhatten Analog VCA and Mutable Instruments Ripples Low Pass Filter/VCA that gives very different sounding chords.

I have a single Twin Peak module that is pinged and used for creating those beautiful pinged Twin Peak note sounds.

The great part of playing a modular synth live is that you can constantly modify your system according to what you want to do at any particular gig. For example, I am typing this article on my way to New York for a Machines in Music event where I will be demonstrating  a Tiptop Audio system, and will play live ZV_K gig.

Unfortunately, my partner Jessy can’t come, so the day before my flight I had to completely rearrange my system to play on my own. As I’m very familiar with the individual modules, using a newly arranged system won’t be that different (if that makes any sense?)

So, choose your set up and system carefully. It will take time, you will buy modules that you’ll sell sooner or later but unless you have easy access to a shop like Schneidersladen or somewhere similar in your city, spend a decent amount of time doing your research. By that I mean, don’t just go on facebook synth groups and ask questions. Do your research in depth and thoroughly! Know what you want to achieve soundwise and what kind of music would you want to make with your set up. Don’t be intimidated by the price, buy one module at a time. It’s a long term investment and even the most expensive modules can still be affordable if you look around for them enough. Don’t fall into the ”fancy new” module game either, old doesn’t mean bad (ask Minimoog). Just get what you need, don’t follow trends and use what works best for YOU!