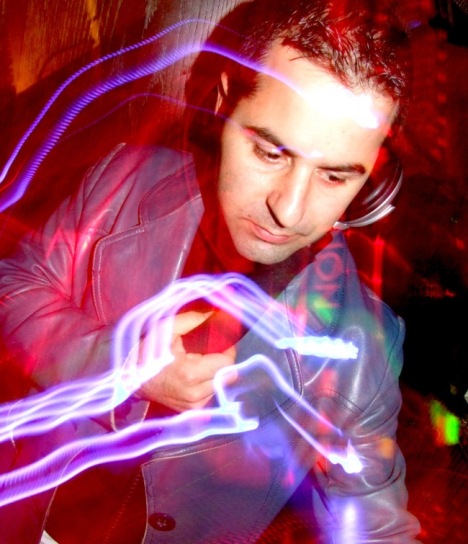 A quick flick through the record box of Owen Jay: a true deep house soldier and boss of Batti Batti Records.

Since the early 90’s Owen Jay has been one of the mainstays and contributors to the development of underground music culture in Malta; as a DJ, producer, event promoter and label owner.

Thanks to his exposure to the likes of The Orb, Richard Kirk, F.S.O.L and Meat Beat Manifesto during his formative years – he managed to steer himself on a path of discovery that would lead him to the early sounds of Underground Resistance, Metroplex & Peacefrog Records.

Despite a lack of record shops and very few people to share music with, he learned to do a lot of research and seek out music with a particular appeal. “Back in the early 90’s, there was no internet and I used to phone to a particular record shop to listen to the weekly updates, gradually building up my monthly package which would then get shipped over,” he reminisces.

Fast forward to 2014 and his love for refined sounds is highly evident; his dj sets featuring a combination of all things Detroit, NY & Chicago. His productions together with Melchior Sultana are equally a fusion of both their influences , carrying a unique Mediterranean feel. During the last decade, Owen’s sound has gradually evolved earning himself gigs at Tresor, Deepsystems and Panorama Bar.

We asked him to pick out a few of his current favourites that have been getting some heavy rotation:

Far & Beyond: Selected By Dubbyman & Above Smoke | Deep Explorer
Too many good tracks on this compilation.

Naturally Part 2 | Underground Quality US
Taken from Dana Ruh’s amazing album Naturally, I tend to play this one the most but all 3 records are great.

Schwarzgerat EP | Gauss LTD
One side techno, other side House. Raw tracks with the right amount of distortion that sounds perfect on the club system.

Altered Tempos | Troubled Kids Germany
Versatile artist from Chicago, lays down a 4 tracker with different moods aimed for the dancefloor.

With forthcoming releases on his own “Batti Batti” label and “Deep Explorer”, be sure to tune in to his bi-monthly live webcast on Mondays, at 16.00GMT on: