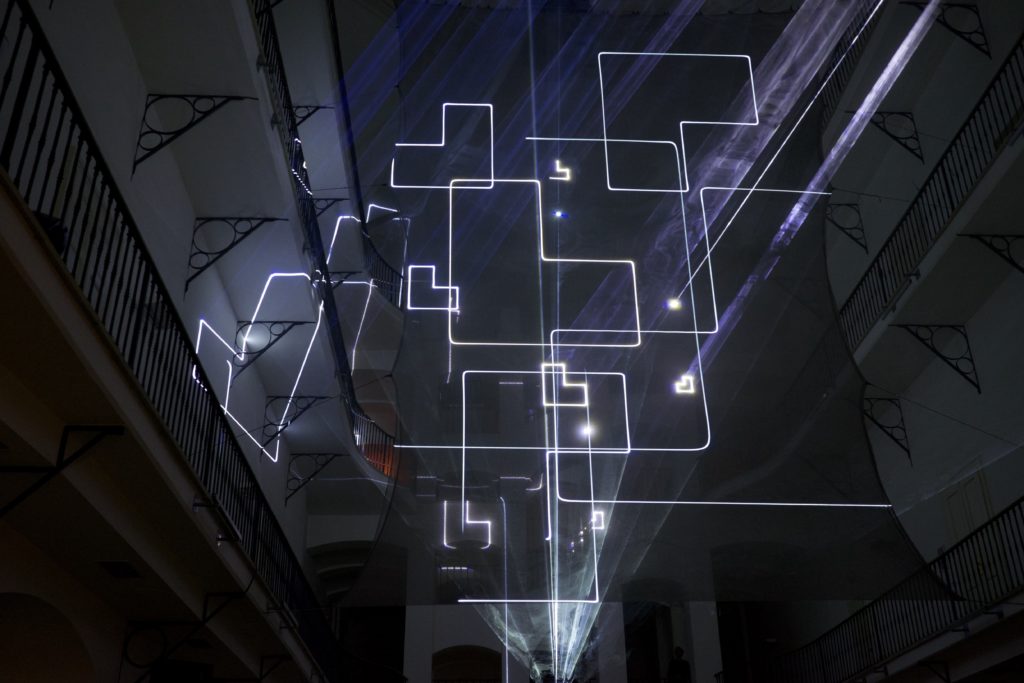 You’ve been working towards the lastest evolution in your Lumière project – how are you feeling about it all?

At the moment it is a mix of excitement and anxieties. I want L I I I ( Lumière III ) to be the very best I can do artistically, the cumulated experience of working with lasers. I want it to be a good composition, something that stands out. I have a lot of ideas, and I am looking forward trying them out. I’ve assigned almost three months to work on it. I make notes and drawings all the time, and try to imagine how things will look and sound.

What’s been the most memorable part of the project so far?

It has been quite a ride. One of the most remarkable experiences was when I finally decided that the first version of the project was total crap and I need to redo it all again. That was tough and painful, but it lead to a dramatically better second version. On the positive side, there are these moments, when I experience it whilst performing it and get amazed by how cool it is in parts. When I myself feel immersed and overwhelmed, I guess at the end of the day, that’s what drives me: I want to be impressed by what happens. That’s more important than a lot of external feedback.

Have you always had a fascinatination with lasers or was it something that just developed over the course of your explorations?

I was fascinated by them when I was younger. I used to go to a discotheque which had a laser show, and I always enjoyed that. It was quite a thing back in the 1980s. The reason why I chose to work with lasers around 2010 was that I was looking for a way of visual expression outside the usual VJ culture. Laser shows always looked cheesy and I was convinced I can do something else with that medium. I made a few experiments to verify the idea, and became confident it could work.

How do you see evolution of the project since you first started it?

When I started with Lumière, I already had successfully completed a large scale laser installation – Fragile Territories. It gave me the false assumption that a concert piece wouldn’t be too much work. It turned out to be the most demanding thing I’ve ever done. The first version of Lumiére was very rough, and had many inconsistencies. In retrospective it was a draft, with some cool elements, but wasn’t necessarily the best overall development. Lumiére II in my opinion is a really good work, and I felt confident performing it. The reason why I want to work on L I I I is not that I am dissatisfied with what I’ve achieved, but more that I gained so much insight and new ideas, also in part due to my other laser installations I’ve made in the last years. I’ve been feeling the urge to incorporate all my new ideas into an even more sophisticated piece. That does not necessarily mean it has to be more complex at every moment: in part, quite the opposite. I now have the confidence to let a single strong moment last much longer: here is the pulsating square, let’s see what it does to your brain! If it stays like this right in front of you for two minutes whilst the sound is slowly evolving. In an earlier version I wouldn’t have done that, because it is too simple and I was worried of being boring. Now I want to contrast those super archaic moments with very intricate complex shapes and movements.

Have you had any particular “Eureka” moments in terms of problem solving?

Oh yes!  I had to solve a lot of programming questions when writing the software for Lumiére  II, which actually turned out to be so modular and well thought through that I can use it for L I I I  and my upcoming new laser installations, too. It’s quite hard to explain to non-programmers, but imagine you want to achieve something very complex, like drawing a lot of objects with their own movements. You think it will take way too much CPU and then you suddenly come up with a clever solution that cuts the CPU load down to 25%. That’s cool because it implies I can do much much more stuff. I’ve had many of those moments, but also the opposite, little problems that I haven’t been able to solve for weeks and weeks, which really didn’t help improve my mood at that time… 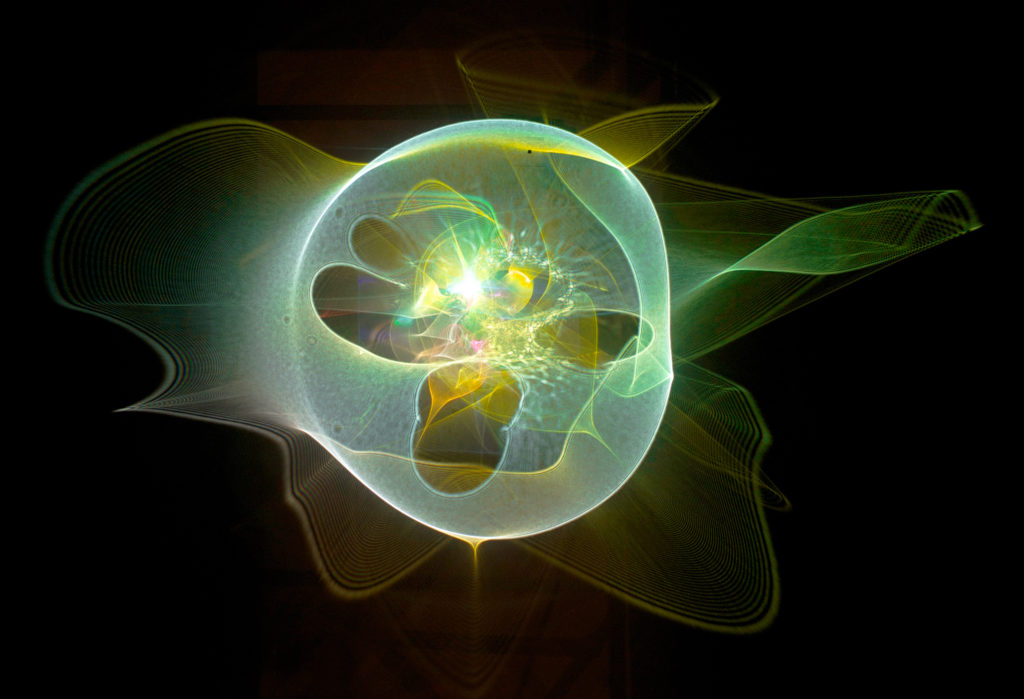 How much would you say your installations differ from the live performance?

The difference is how to deal with time and with space.  An installation is endless. People come in, stay a variable amount of time and leave. They walk around. That makes it possible to think about structure in a very different way. For my installations, I build complex ‘machines’ which run for ever and create, with the aid of controlled random and chance operations, an experience that is not a loop, has no fixed duration and never exactly repeats. Obviously, a concert is a very different scenario. It requires a different ‘Form’. I like both and I also enjoy scenarios where the boundaries are not so clear. When I work on installations on site, fine tuning to the specific pace of the room is a huge part. I could turn that into a concert by doing the adjustments whilst the audience is there. Sometimes I do that for a finissage, the last hour of the last day when an installation is shown. I ‘play’ with it, change speeds, patterns of movements etc.

Do you see your audience playing a bigger role in either… is there room for enhanced interactivity?

For concerts, interactivity is essential. There must be a feedback loop between the artist and the audience or it would be boring. I am a bit hesitant when it comes to interactive audiovisual installations. Most of them are either too obvious – wave hand, image waves somehow, or the interaction is so complex it doesn’t satisfy anyone that much. The other danger with a work that takes real time input from the internet is that it only takes a broken network connection and the whole thing breaks down whilst no one actually notices what is happening! But I wouldn’t dismiss interaction in installations, there are also a lot of really great examples. I just have to find a good idea.

That’s unfortunately simply in my case: Lasers are expensive and that limits my current works to use maybe 8 of them maximum. If I some day get to the position and have access to much higher budgets and much larger rooms, I could do dramatically more overwhelming works. But there again, commercial campaigns will always have more budget and resources. It is so obvious in digital media arts. The big car company can always rent the largest, latest, most advanced equipment and pay twenty people to create ‘content’. I want to have access to the same resources but with a different aesthetic approach. But who knows what the future will bring? So, the one boundary I feel is actually: time. I want to do all these things, and would appreciate it if I could grow old and stay healthy enough to turn many more of my ideas into reality in the coming decades.

In terms of the future, what do you see as being possible?

If I look at what was once ‘the worlds leading nation’, and many other overwhelming political problems all over the world, I am more concerned about that, than about the development of the arts. I’d rather raise my voice against ignorance, violence and complete moral indecency,  than speculating about what VR will do to the arts. VR will be big, anyway.