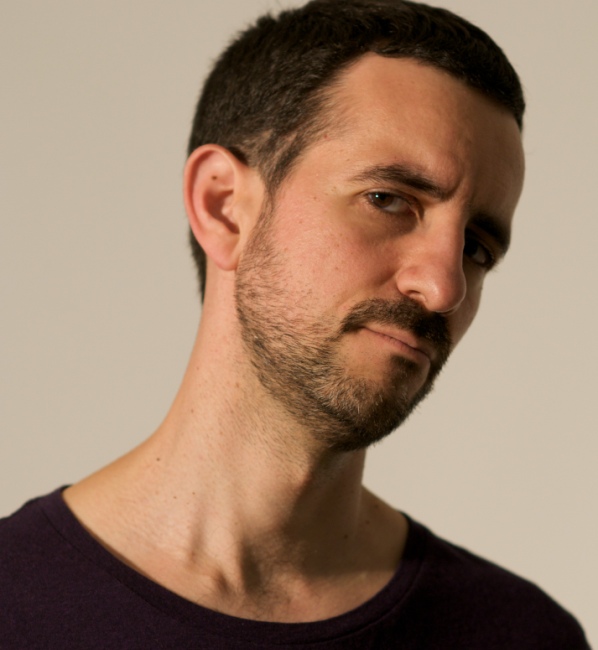 Q’s view on the Golden Age of Hip Hop

A country renowned for its precision, timeliness and outstanding scenery – less obviously, Switzerland is also responsible for producing some exceptional talent that makes up the world of electronic music we know today.

One such multi-talented countryman is Berlin-based, Swiss-born Quarion who should be no stranger to the discerning listener and loose limbed dancer alike. Having played in bands and with a wide variety of sounds since the late nineties, he is better known these days as the co-founder of Retreat with close friend Hauke Freer (one half of Session Victim). Along with a gold card membership to Drumpoet Community, he cites both labels as favourite outlets for his widescreen, uplifting house fusion that embraces analogue tendencies with an instrumental flourish.

With his recent release “Funkhaus Phantoms” making waves on fellow countryman Raphaël Ripperton’s Tamed imprint, we caught up with the man in question to talk about his first love. A self confessed lover of Hip Hop and slave to the beat, he first learned to craft low slung beats and cut up samples way back when for MC’s using an MPC, which in turn shaped his approach to making electronic grooves. An approach which is ever close to his heart and continues to play a big role in shaping his sound today, you’ll also find more than a twist of jazz added in for good measure. Nearly a decade ago his hit “Karasu” found favour with the likes of  Ame and Dixon, a fusion of dub grooves and Detroit techno deepness that brought his superb attention to detail and effortless grooves to a much wider audience (not unlike his latest effort we should add). Having recently taken back to the studio full time, Quarion has quietly been forging a whole new path through a semi-live improvisation: applying the same determination and hopeful inspiration he blew into his sax and scratched his vinyl with as a teenager. In this spirit of adventure, we decided to find out a bit more about what kindled his passion and asked him to pick out some albums that had such a big influence in his development:

“What I love the most about Hip Hop is that producers would take the funkiest part of a record and loop it. Of couse, I’ve come understand the whole science behind it years later but what really got me into it in the first place was the beats. The rapping on top of it also makes more sense, it feels more natural and honest than singing.”

With this in mind, he kindly shared his favourite selection of albums that stem from the golden era and first opened his ears to the possibilities that music can offer.

“My introduction to hip-hop was quite special and it’s related to my childhood in particular: until I was about 16 years old, I didn’t live in a single town or a country for more than 4 years as my family would follow my father who worked as a delegate for the Red Cross. In 1989, we moved to Bangkok and it was there where I started getting really fascinated with music. Back then, there were lots of street vendors selling bootleg tapes and videos and it’s where I bought my first hip-hop tapes.

‘Fear’ wasn’t the first album I bought but it was the first Hip-Hop album that left a big impression on me. The music was incredible!  This mixture of heavy drums, sirens, sonic chaos and angry lyrics was the perfect recipe for my burgeoning teenage frustration. It was the first time where I thought ‘oh, this music is really for me, I could listen to it all day long’. In retrospect, I might prefer the former album ‘It takes a nation of millions…’ (which I discovered only years later). ‘Millions’ was way more revolutionary at the time and I think it holds up better as an album. But ‘Fear’ is still more important to me personally as it opened the door to an exciting new era.”

“This one came out in 1989 but I discovered it after the PE album. It’s the first hip-hop CD I bought and it’s still one of my favorite albums ever. What is so fascinating with “Done” is how they managed to make everything sound so musical and organic by only using samples. There are so many bridges and breaks that you constantly feel as if a proper band is playing. The spectrum is also wider than PE: you would find shades of Jazz, rock, fusion, Afro beat, House, Latin… it was mindblowing! I had just started playing jazz saxophone at the time and could appreciate the link with hip-hop. The icing on the cake was that the CD booklet had all the lyrics and about three pages of shout-outs and dedications, where the JB’s would mention ALL the great hip hop MCs and groups, old and new. This was a like opening Pandora’s Box as I then went onto hunt down tapes and CDs of all these artists, discovering life-changing bands such as  ‘A Tribe Called Quest’.”

“I got this on an official tape, not a bootleg and I remember being fascinated with the comic drawings and the story that accompanies the album. The whole idea of proclaiming a group “dead” was also quite a novelty at the time. I always loved the use of intros and skits in hip-hop albums but Prince Paul really took it to the next level on this one. And forget hip-hop, this is maybe one of the most dense albums ever made. There are so many ideas, recurring themes, stories within stories, private jokes and challenging lyrics that I still feel I haven’t completely deciphered it yet. And the music was awesome, funny yet funky and with so many memorable loops.”

“I just remember hearing the first track and being completely baffled. I still get shivers down my spine when I hear that bassline, then Q-Tip’s rap followed by this earth-shaking beat. What made this album so great is that they took a more minimalistic approach to what was going on around the time and just focused on what was the most important: bass, beats and the best loops. Because I was also listening to a lot of jazz back then, I could feel the connection. On top of that, they had Ron Carter playing on a song. This LP really started the whole Jazz/Rap fusion which I became a great fan of.”

“I already loved the previous album but with ‘Daily Operation’ I finally became aware of the genius of DJ Premier – not to mention Guru becoming my favorite rapper. What I loved is that he would show different sides of his personality and was not only about being ‘conscious’ or ‘gangsta’. Plus, his deep voice and calm flow would get your attention immediately. On the music side, DJ Premier already had some of the best beats in the business and you could tell that he was experimenting with samples to craft his own sound. To this day, I can say that Gang Starr is the epitome of hip-hop, I don’t think there is another group that could represent a whole genre of music as well as this duo.”

“This is my favorite album of all time, period. In 1993, my family was back for good in Switzerland and so I was finally able to discover even more hip-hop thanks to proper record shops and the radio. For example, I would tape the ‘Metissages’ show on Couleur 3 and listen back to it the next day on the way to school. This is also how I learned to DJ and although I only had 1 turntable at the time, I started buying records instead of CDs… But back to ‘Midnight’ – I remember listening to it religiously one evening and that I actually didn’t like it that much at first… it just wasn’t as powerful as ‘Low End’. But then the album grew on me, and soon enough it was the only thing I would listen to on my walkman. The album had a huge impact on me as a person and as a musician. I mean bought a Fender Rhodes because of that album! The production, the lyrics and the engineering are just beyond this world.”

“Of course, this is an ultimate hip-hop classic. The sort of record that defines a genre and an era. I think what I love about it is the brevity of it, only about 10 tracks… but why would you need more when you had  written the best 10 tracks of that era? I indulged in the intensity of Nas’ lyrics. It felt as if he was putting his soul on wax, as if ‘Illmatic’ would be his only recording ever. His flow, wordplay and storytelling were really unequaled at the time. And you could tell that all the different producers who worked on that album KNEW that they had to be at the top of their game. Nas was just too good. There are so many legendary tracks on this album but I feel that ‘NY State of Mind’ is the best. The hair on my arms stands up just by thinking of this track.”

“Wu-Tang definitely turned the whole hip-Hop scene on its head back then. RZA’s music was so dark and raw it would bring chills down my spine. ‘Only built’ is my favourite of all Wu-Tang albums (although ‘Liquid Swords’ comes close) and I think this has to do with the sure-shot pairing of Raekwon and Ghostface plus the fact that RZA probably kept his best beats for that project. The rhyming and scope of lyrics are insane and out of all the Hip-Hop albums that relate to organized Crime, this is really the one that is the audio equivalent to ‘The Godfather’ or ‘Goodfellas’.

“By then I finally had enough money to buy a second turntable and from then on I was practicing every day in my parent’s basement. I was already a huge Premier fan by the time this came out. I really bought everything from him and I think this LP is his best work ever. The beats were just monstrous and the way he was taking micro bits from various samples to make it sound like one loop was revolutionary. What I love about this album is that it has a bit more ‘sheen’ than the other Premier material. His use of echo or reverb on this album really puts it on par with ‘Midnight Marauders’ for me. Also, a lot has been said about the supposedly bad rapping on this record but I think that was highly exaggerated. Of course, Lil’ Dap and Melachi would never become your favorite MCs but at least they sounded honest and hungry.”

“I just have to mention this album as it was the first that I heard with Jay Dee productions. Back then, I remember reading in ‘Vibe’ about this new production unit called ‘The Ummah’ which had Q-Tip and Ali Shaheed Muhammad from  A Tribe Called Quest, plus this new kid named Jay Dee. Q Tip was raving about his protégé so I thought that I’d better check him out. Now, they say that you can always remember the place or a particular moment in time that was important for you. I’ll always remember my first musical encounter with Jay Dee: it was in a cool record shop in Geneva named Matchbox, and I was checking ‘Labincabincalifornia’. As soon as “Bullshit” kicked in, I was floored, literally and became an instant Jay Dee fan. ‘Drop’ is also an incredible track on this album and of course he would come up with much more amazing music later on. I’ve always collected his stuff but I’m definitely a fan of his ‘Jay Dee’ period, more so than the later ‘J Dilla’ stuff…”