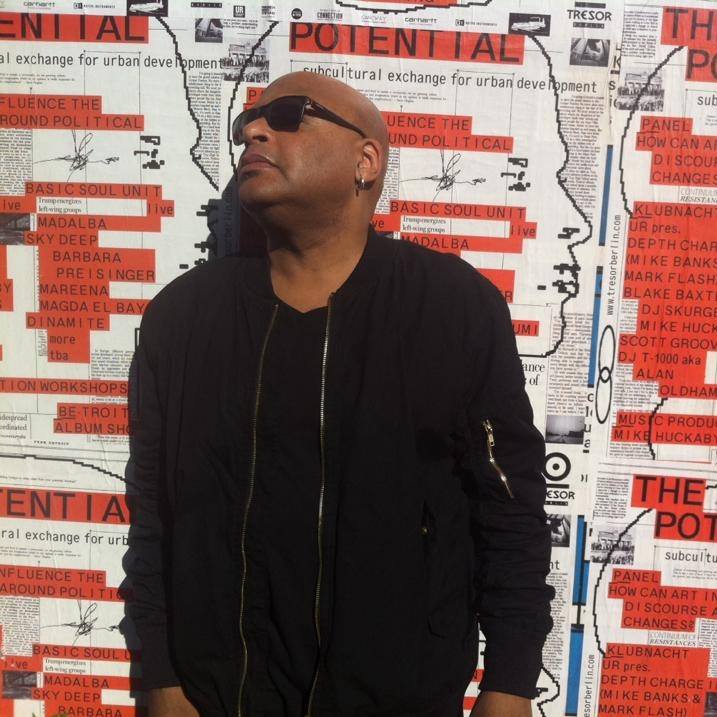 “2017 went by way too fast! But it’s been a busy year – I have released 2 new EPs, lots of dates, a couple of important art exhibits in Detroit with Abdul Haqq and we have another one on the way here in Berlin.”

How did the exhibition in Detroit come about?

“The first was one of our annual art happenings in Detroit during the Movement Festival. On the strength of that, we were invited to be part of a group show at MOCAD called “Sonic Rebellion.” It’s a history of music-related art, gig posters and the like. I’m gratified that my work is being shown in the same context as, say, MC5 gig posters – it’s a real continuum of Detroit creativity.”

You’ve long embraced the juncture between visual art and music, where are you looking to for inspiration these days?

“Right now… Warhol, Basquiat and the New York No-Wave scene of the ’80s. Cy Twombly, Patrick Nagel, Modernism. I spend a lot of time looking through fine art now, not so much comics anymore. I’m over 50 now and I think I’ve finally outgrown new comics.”

Too old for comics… really!?!

“Yes! There comes a point where your old childhood characters now belong to the kids.”

What is it about the 80s New York scene and Modernism that speaks to you then?

“I don’t know what it is about Modernist paintings, they just speak to me. I romanticize those times, too. At the same time guys like Pollock and Twombly were around, you could buy new Blue Note or early Motown records, see movies with those Saul Bass intros. It was my father’s times really. I just got back from seeing the Basquiat exhibit “Boom For Real” at the Barbican in London. There was just a vibe in 80s New York that you could do anything you wanted. Make paintings, start a band, make a rap record, make a cable TV show, do graffiti. We were kind of doing the same thing in Detroit around that same time with the beginnings of techno: my radio show, the Music Institute, etc. but the grass is always greener. Despite the gentrification, Berlin still has that same semi-broke, wild vibe today, possibly the last place on Earth that’s purely creative. 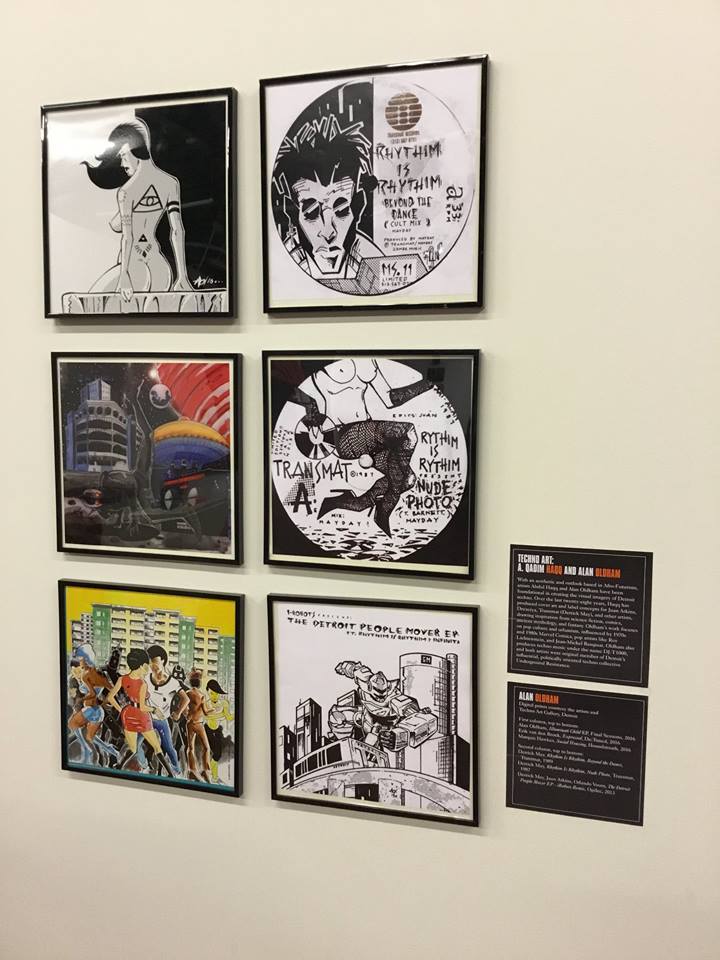 Has your creative approach shifted much since you started out?

“Not really. I do things the way I always have, I’m just better at them now.”

If there’s one thing piece of wisdom you could have given to yourself back then, what would have it been?

“Don’t complain, don’t explain! I talked too much.”

Your roots seem to be firmly laid in Berlin these days, what does it feel like going back to the USA right now?

“Same as ever. As I said before, I was just back last Spring in Chicago and Detroit. I’m amazed at the way Detroit is improving. My problem with gentrification is that it tends to ruin hip, cheap places that are already happening. But Detroit was at rock-bottom when I left in 2004. Gentrification is only helping the city, in my view. Old-school Detroit heads bitch and moan about the changes, but they had the city free and clear for over 40 years and nothing. It is what it is. It’s becoming Delta City from Robocop without Robocop. I’d recommend anyone to visit Detroit now.”

You’ve started working with the B-Pitch family, how did you link up?

“I’d been living in Berlin full time for a year when I got a booking request for one of their Boogy showcases in Berlin, completely out of the blue. After I played the gig, I was invited to sign to the booking roster from there, and then I made the “Ratchet Traxx” EP for the label. They’re the best people I’ve worked with in 25 years in the business. I’ve been to Hamburg, Milan, Bologna and Leipzig with Ellen so far. I love going on the road with her.”

It’s the 20th Anniversary of Pure Sonik. What was the original concept for the label, you’d previously run Generator before that right?

“Yes. When I started Generator, I didn’t have my own studio. I was using someone else’s, and was also signing artists like Marco Passarani from Rome, Mind Design from Tokyo, and DJ ESP Woody McBride from Minneapolis. I had steadily built up my own studio during that time, and was ready to strike out on my own with Pure Sonik Records in 1997. At the time, the direction was straight-ahead DJ tracks, club tools, etc. When Pure Sonik began, my contemporaries were Purpose Maker, M-Plant, and early Downwards. Think “Montreal” and “Gymnastics” by Regis or “Minimal Nation” by Rob Hood.”

What have been your standout moments?

How did the whole DJ T-1000 project come about?

“I assumed the DJ T-1000 persona when I was with Underground Resistance. Everyone had a code name. I decided to record under that name as well. A lot of Detroit guys in the early days were recording under many different aliases, I decided to have just one artist name. I’ve since branched out, though. Detroitrocketscience is me.”

Will we be seeing more from you under that alias?

“I’m happy to say that the next Detroitrocketscience EP, “Acidspace,” will be released by Elypsia Records Belgium. I missed out on doing anything with them back in the 90s, so I’m glad to be with them the second time around. I’m working on a downtempo project under another name.”

Techno was very much born looking to the future, do you think it has become complacent in recent years?

“Well, we live in an age of forced cultural stagnation and rehash, so the music reflects the times. It also seems to be more about what gear you have and how it looks on social media than how the music actually sounds. I think part of this whole modular craze is how the lights and wires look on social media. Ooooh, so ‘techno’ – a lot of this stuff is very inward and geekish, too. I don’t know, I just keep focused on my own stuff and do what I feel.”

How do we influence people to move forward?

“Creative people in my view need to keep true to themselves and do and release what they feel. If it’s real, people will find it and connect with it. The more artificial the world becomes, the more people will seek out truth. People are now finding stuff myself and others did 20 years ago.”

There seems to be a resurgence in rave spirited music emerging at the moment, how do you see it?

What should the music of the future sound like in 2017 then?

“It’s pretty hard to say. Kraftwerk was the “music of the future” 40 years ago and they’re still relevant. Who knows? “

Does that mean progress is slow or does it go more in fits and starts?

Talking of progress, what are you up next?

“I am gearing up for my year-end run of gigs, super-excited about that. I’ll be switching between all vinyl and Traktor at random depending on the gig. I’ve got a few remixes coming out in early 2018 and I’ll be finishing up my new downtempo project soon. I’ll be previewing the album at my next art opening. Working on new techno tracks as well, labels TBA. Also making new art when I can. I have a new YouTube channel up and running which I’m working to get all my releases posted to. “

Going back to his roots: Steve O’Sullivan

A tale of two cities and a musical mystic: Aybee