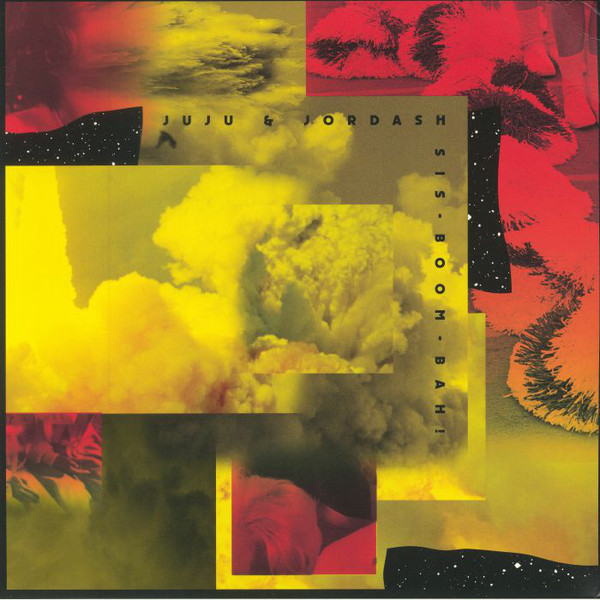 The album format in Electronic Music/Techno can at times feel like a laboured after-thought that has more in common with a box ticking exercise of genres, or at best a set of EPs that would have sat together over a label catalogue. When diving into the deep end of this territory and surfacing with the latest LP from Juju & Jordash, some cynics might well run to the hills. The little experience gained from previous outings should at least be telling you to lend them your ears.

Returning home to the Dekmantel stable for their fourth LP, Gal Aner (Juju) and Jordan Czamanski (Jordash) aka Juju & Jordash are no strangers here. An integral part of Dekmantel’s history dating back to the first release back in 2009, their mastery of machines and instruments is already a thing of legend. Coupled with jazzical wizardry, they more often than not grace stages at festivals and clubs around the globe – bringing a refreshing touch of free form inspiration.

Having moved beyond their initial “oddball” pigeonhole (if such a thing exists?) the duo have continued to grow and develop an approach that never ceases to refine itself: elaborate and bold, they manage to not only fit the dancefloor but also transcend to that place that also appeals to the listener. Made up of 8 finely tailored compositions, Sis-Boom-Bah! highlights well their maturity in working together and demonstrates their musicianship. Recorded over the space of a few weeks, the album came together around a set of grooves etched initially by Juju’s musings on the guitar and Jordash tinkering at the Rhodes – with a touch of wah wah pedal here and there for good measure. By focusing on the use of polyrhythms in their composition, a set of sketches emerged from sets of sequenced grooves generated using the Yamaha DX7 and a TR606 drum machine.

The approach can be heard from the outset of Sis-boom-Bah! as the opening track “Herkie” is almost tribal in flow, yielding a delightful funk that dances to and fro in elliptical key patterns, mixed with plucked guitar and conjuncting bass tones. The sparse percussion holding everything together; a deeply evocative incantation to their rootsy nature. Picking up the same air, “Rah Rah” adds a trickle more machinery into the mix as off-beat chants move to a skippy groove, only hinting at its destination as the mood gains traction in the final straight. “Back Tuck Basket Toss” sees the pair lay down syncopated chords and gnarly slabs of slapped bass. Darkening the mood by slowing the tempo down, they succeed in bringing up the intensity of the trip. Injecting a further sense of wonder as dubbed out splashes and bursts of melody steer the mothership to the next port of call, by the time you reach “Deadman,” you sense the trance inducing depth of the drums sway like a breeze in the desert night. Filled with an eerie tone that refuses to let go as it crescendos, the howling spirits of the dead at night find their voice.

The album then takes a heavy dose of chill in the form of “Paper Dolls” and “Hanging Pyramid”. The zenith of the entire album, both tracks never get beyond hip hop tempo, the former taking shape through pulsating synths, a wonderfully light guitar riff and fizzy electronics that lend a dizzying quality. “Hanging Pyramid” is even more humid in feel as it meanders through double-time beats, hang drum tones and an array of clinking percussion that boldens the atmosphere. Picking up the pieces, the three remaining tracks find their energy as the duo’s skills shine through the warm and airy pads of “L-Motion”. The bold lead of “Attack the Crowd” reminds that the way ahead may well be more straight and narrow. Prefaced with a long build, it lets loose with a beefy kick and wonky synth plucks that melt around edges.  Ending on the rubbery wash of “One Armed Liberty”, screechy tones give way to more watery effects and plucky pings, moving on and off grid without ever hitting critical mass.

A celebration of electronic music at its most inventive, Sis-boom-bah is definitely a Juju & Jordash record, one with great depth and musical intelligence that will sit neatly alongside other heavyweight pieces of work in time. “People should listen to this on a loud and clear sound-system,” explains Jordash, we don’t disagree.