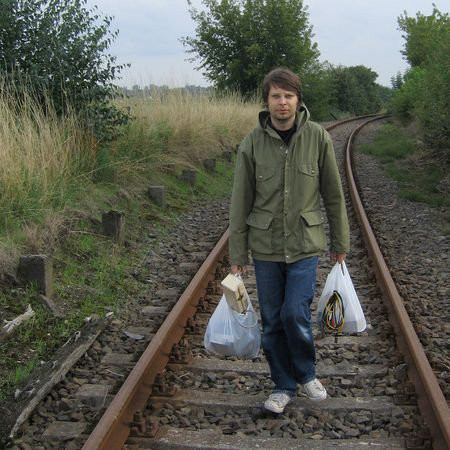 First and foremost, Jan Jelinek is a DJ, musician, producer and remixer. Like many of his contemporaries he has made Berlin his home.

If (like us) you have only recently basked in the warmly glow that is his musical radiance, you won’t be surprised to learn that he started out collecting records – feeding on dub, jazz, funk and soul until he discovered house music. It was at this juncture he took to production.

In 1998 his talent didn’t go unnoticed with his first releases under his “Farben” moniker being brought to light courtesy of Heiko Schäfer’s Klang Elektronik. Already set on a course of his own, Jelinek’s penchant for experimentalism shone through as he found his stride steeped in off-kilter sound chasms and side stitched square waves. Having gone on to release records under an array of pseudonyms, his range of sounds morphs from jazz-tinged glitch and loosely swung house to the heavy pulse of breathless drone that could easily be mistaken for the stylings of Sheffield’s finest noise making fraternity on a bleak winter’s morning.

Jelinek however seems to like to define his music and the records he releases as “ambient songs based on old jazz recordings”: a worthy fusion in every sense of the words.  Without further ado, here’s some of his catalogue to ease you into his acquaintance: