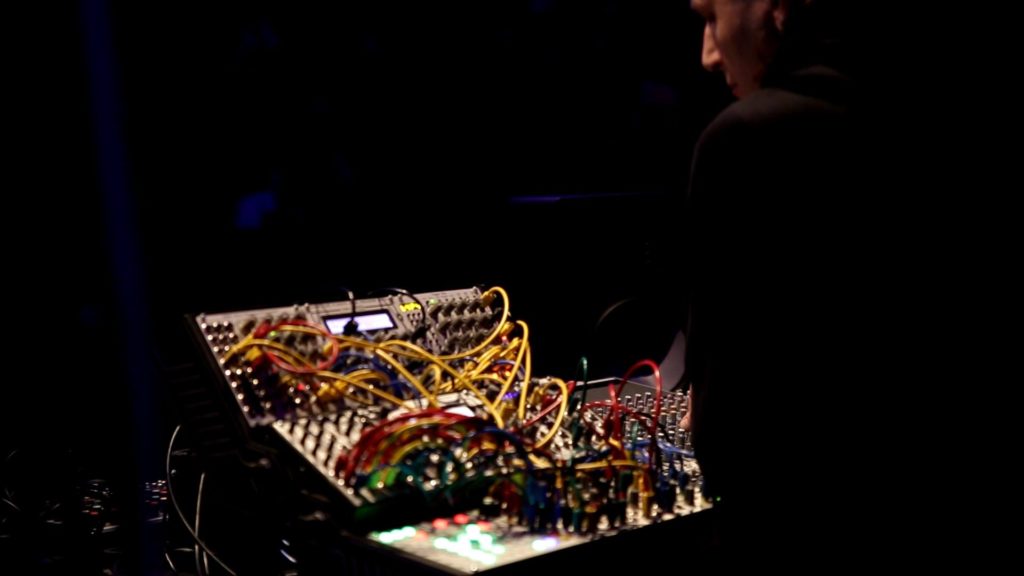 Since the very early days of techno, mixing has always been at the centre of a lot of what has happened: on stage, in the studio, and in the DJ booth. Nothing has really changed that much since and in a modern modular environment, the same techniques can be applied. A mixer is basically the ultimate arrangement tool. You still need sequencers to make the actual music, but there is no easier or more intuitive way to build an arrangement than using a good old fashioned analogue mixer.

During NAMM ’16 in January and the recent SUPERBOOTH event in Berlin, we saw quite a few new mixers, not just simple mono mixers, but actual massive (by eurorack standards) 4 and more channel units with at least one auxiliary send, pan, mutes, solos and of course – voltage control over most of the parameters.  As some of you may know, I represent TipTop Audio in Europe. I host workshops, trade shows, privet demos and also suggest future modules concepts. So, before I got my output modules I was brainstorming the concept of a eurorack modular mixer.

The features I wanted were mono and stereo channels, faders, mutes, at least 4 auxiliary sends, EQ, inserts and a master section… it quickly became an expandable mixer sub system and a very expensive one! Which got me thinking, why try to reinvent the wheel when there is already a perfectly suitable solution in the form of my Mackie VLZ31604, which I got second hand in perfect condition for €300? Paired with a multi-output module it will do exactly what I need, and could be easily upgraded to a better and bigger Midas (or similar) and will save space in the modular case.

The thing with mixer modules (in modular systems) is that most of them are designed for oscillator waveform mixing and internal routing of signals, where pro-audio mixers are actually designed for mixing your instruments. So, while we were perfecting and advancing synthesizers, the pro audio guys did the same in their fields. Of course, those fancy euro mixer modules are quite important and even essential for some applications. Also, some people insist on staying purely in the (modular) box – or they do not require so many channels and/or features. Or, they extensively use voltage control, or maybe they are into self-generating and arranging patches.

But for me, using my hands for mixing is a second nature and I much prefer a clearly laid out and ‘focused’ user interface, which an analogue console offers. Nevertheless, there are some exceptions: for example sub-mixing for group processing, waveform anymation, syncronisation of complex control voltages – where two hands are just not enough, or to shape shound, like the Erica Synth Fusion tube mixer.

TipTop audio’s MIXZ can be used to sub mix all the company’s drum modules outputs using Doepfer CV/Gate buss as an internal audio buss and can also beautifully slam headroom when maxed. Toppobrillo Mixiplexer allows you to crossfade between four sources or route to four destinations.

Koma Elektronik Poltergeist is a true voltage control quadraphonic mixer. Elaborate feedback networks or voltage control auxiliary sends can be achieved using matrix mixers and VCA’s or with a module like 4MS VCA Matrix. And these are just a few examples to begin with.
Mixer modules can also be used to mix control voltage signals (sequences, envelopes, lfo’s etc.), gates and triggers. But that’s another story!