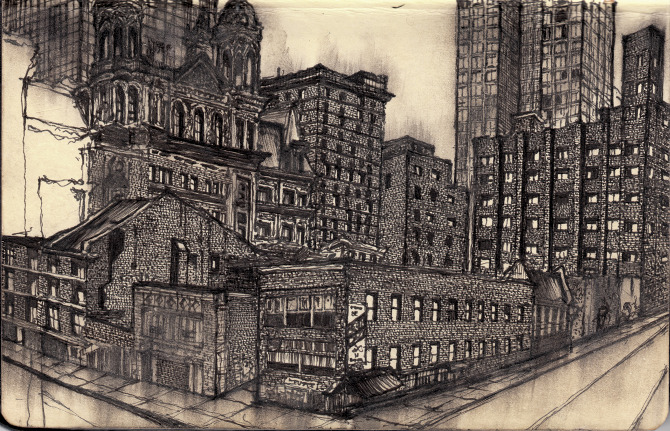 Rounding up some of the latest music videos

It’s pretty staggering when you stop to think about the quantity and mass of creative brilliance that gets published online, on a daily basis.

Rather than overwhelm you with statistics of just how much video footage gets uploaded to the internet every hour, we’ve decided to make your life easy by picking through a small selection of work that really deserves at least some of your attention.

We certainly never stop being amazed by the quality either. Whether it’s being streamed or beamed to your devices, here’s a quick round up of some of the latest music videos we discovered and wanted to share with you:

If the announcement of a new Radiohead album wasn’t enough to excite you, the band has casually released another video, directed by Paul Thomas Anderson. “Daydreaming” follows Thom Yorke making his way through a series of ever-shifting locations – recycling his innner reflections of home, life and the journey we all make.

Bristol-based animator Ruffmercy is back again with his fusion of sketch like aesthetics, moving collages and brilliant use of shapes that is both simple, yet superbly effective. This latest piece of genius is for Parisian duo Union Analogtronics’ collaboration with California rapper Blu.

Irish filmmaker Kevin McGloughlin does some pretty cool things with an array of lights as he takes a simple blurring technique and applies it to great effect in this trippy video for Shit Robot’s track “Lose Control”. The result is a vibrant, fast moving flow that fuzzes around the edges without over repetition.

Directed by Will Gray – “If You Get Lost” is the visual imagination and creation of painter and artist Zachary Johnson: a meander through his deconstructionist snap shots of city life that explore deep socio-political themes, capturing the loneliness of modern existence.

A big thank you to www.booooooom.com for their constant attention to brilliance.