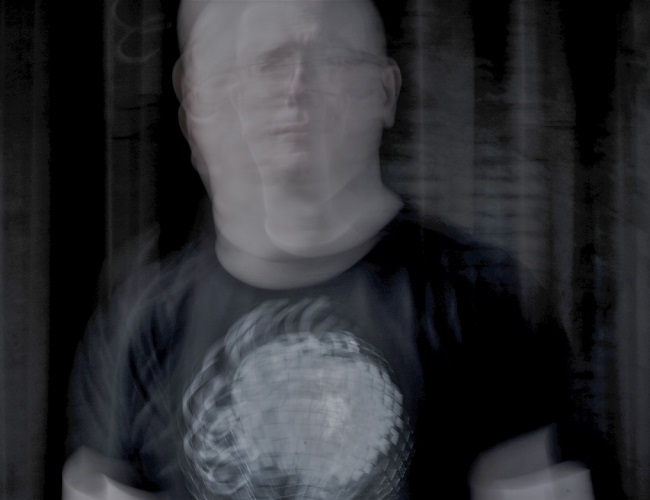 Seasoned Techno followers and fans should be familiar with the name Paul Mac, given his long standing career and impressive discography that stretches over two decades

After following the familiar UK path of Electro/Hip Hop/Acid House/Techno, he got into dj’ing some 25 years ago before turning his skilled hands (and ears) to production: notching up releases for the likes of Blueprint, Theory, Ingoma, Beardman and Kanzleramt as well as running his own Stimulus and Tactile imprints. With the founding of his own “Hardgroove Mastering” Studio some 6 years ago, his own output has taken a bit of a backseat. However, his venture with Ben Sims to make high-quality affordable analogue and digital mastering available to everyone has gone from strength to strength with an impressive list of clients.

Unbeknown to many, Paul has an equally impressive record collection that stretches across several eras as well as a multitude of genres. Having grown up in and amongst the burgeoning sounds of UK Techno and Electronica, we caught up with Paul in his Essex hideout to found out a little more about some of those early G.B. made records that he felt deserved a more attention and also putting the spotlight back on just how much the UK played in helping develop the sounds that came to be known as Techno – a now global movement.

“At the time, I was getting exposed to so much new music thanks to DJs like the legendary Colin Dale and Colin Favor, I used to have to travel into London to hit the record shops like Music Power and the spots around Berwick Street. Failing that, I do mail order straight over the phone, where the shop person would play you track after track down the line. About as far away from clicking on MP3 links as you can get really! The early 90’s really was a golden era in many respects: A proper melting pot of influences that spawned multiple scenes. I’ve tried my best to sum this up in 6 tracks here, straying away from the slightly more obvious/well known hits.”

“From the criminally under rated Vinyl Solution label this track was something of a time defining landmark for me: Synths over sampled beats in a classic UK style from a very special melting pot era of music.”

“Taken from the 2nd BioRhythm album (also available on a promo only 12”), this was a really good example of UK people taking the blueprint that was laid down by Detroit and starting to add their own twist. In fairness, this owes more to Derrick May more than it does to true originality though.”

“From the Bass and Bleep era, this one was when Breaks where also starting to be incorporated into the techno sound, which of course split off to become hardcore and jungle but that is another story.  This is something of an underrated classic for me.”

“Owing more than a nod towards The Suburban Knights ‘Art Of Stalking’, this is still something of a time defining track and was a guaranteed floor filler at the time.”

“Perhaps a little more of an obvious a choice than the other selections, this is one of the true definitive UK 90’s Techno tracks for me. A huge Detroit influence but with a rich vein of G.B. running through it too.”

The Octagon Man – Free-er Than Free

“I had to include at least one more Vinyl Solution record and this was the first that sprang to mind somehow more musical and raw than almost anything else at the time and hinting at some of the genius that was to come from J Saul Kane and absolutely essential record.”

Keep your eyes peeled for Paul’s forthcoming EP for Steve O’Sullivan’s legendary Mosaic Records, it should be landing sometime in the next few months.