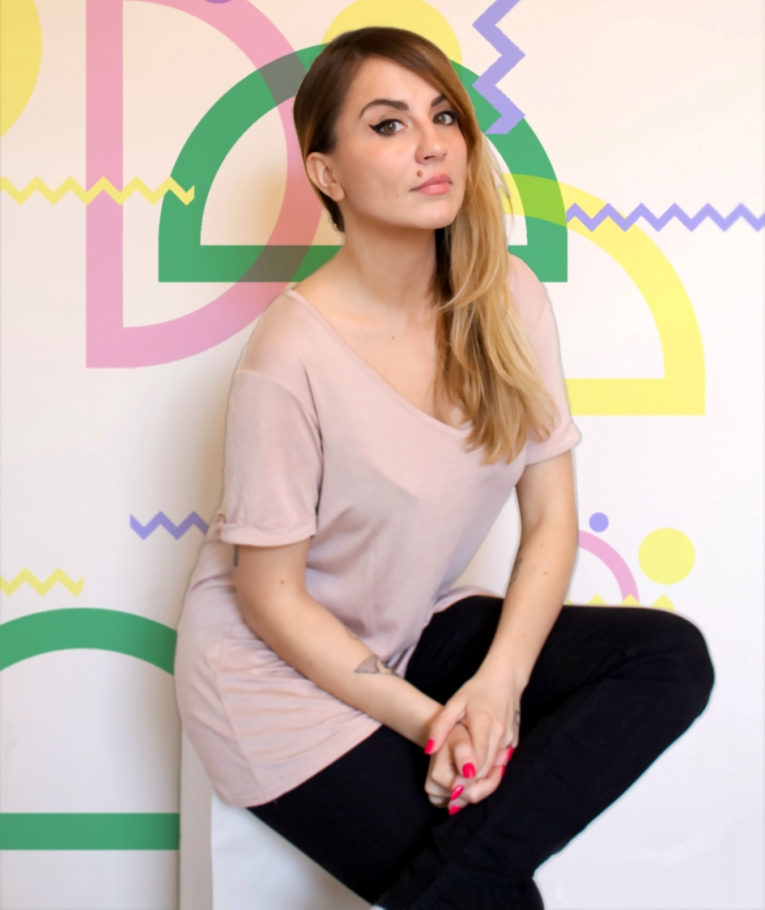 Since making the move from her hometown of Ljubljana to London in her late teens, DJ, producer and vocalist Maya Medvesek – Nightwave – has been seeking a balance among her range of talents and interests

Not one for being afraid to try things out, she’s worked as an actress, studied Alternative Medicine and even starred as an animation model for a video game characters. Since settling on her first love, music, Medvesek has gone on to release as Nightwave on a quite a few underground labels (Unknown to the Unknown, Svetlana Industries, Fortified Audio, Local Action & Seed Records).

With each release, her reputation for forward-thinking interpretations of techno, ghetto house, grime, rave and juke grows: her sound continually morphing into a playful, high-energy crush of classic sounds with a unique slant that hails from the UK underground. In a move that projected her sound into the wider electronic music consciousness, Maya was selected for Red Bull Music Academy’s 2011 session in Madrid, where she collaborated with fellow alumni and gained an appearance at Sonar 2012. Her close relationship with RBMA continues to this day: producing the soundtrack for the Red Bull Catwalk, recording their studios and lecturing at sessions.

Launching her own label Heka Trax in 2013, her debut EP for the label ‘Luxor’ gained a great range of support from fellow artists and pundits alike. Building on the momentum gained, her most recent EP, entitled ‘Hit It’, features Chicago Ghettotech legend DJ Deeon, and was met with further enthusiastic support. Having started DJing at the age of 15, Nightwave honed her DJ skills both internationally and at home in Glasgow at her own club night, Nightrave. Aside from producing, Medvesek has also been in the spotlight for her talents as a vocalist, contributing vocals for producers Dense & Pika, Glimpse and Rustie, the latter which appeared on Rustie’s universally praised debut LP ‘Glass Swords’ on Warp Records.

Passionate about inspiring and empowering women in music, she is also currently working on a variety of workshop for girls as a lecturer and instructor. With the imminent release of a new single, Joshu from Posthuman got in touch for a few words, to find out exactly what the deal is with her cat and best supermarket buys…

It’s been a long journey – from TV actress in Slovenia to producer, label owner, club promoter and DJ in Glasgow. How did you get there?

“A lot of work, madness and some luck! After moving to London I dropped music for a while and got sucked into the rat race to be able to survive… I then decided about 10 years ago to really try and give music a proper go and the Universe played along with me I guess.”

Producer or DJ – What comes first to you, and what are the main differences?

“This is tricky as I almost feel there are different personalities behind each one. The ‘real’ me is a producer think… I can hide away, explore my mind and create music whereas the ‘DJ me’ is out there in front of people in party mode, having fun and trying to make people dance. I often make trax I don’t play out as well.”

So, what happened to 8 Bitch?

“Wow, haha… Yeah 8Bitch is retired! I had to get rid of that name because it was rather unfriendly: it was a bit of a joke name and I never expected the music would take off to be honest.”

Your named your cat after James Stinson of Drexciya. How many wave jumpers are there in existence today?

“Well my cat is one for sure…DJ Stingray is one, not sure if Gerald Donald still is, maybe Nicola Sturgeon?”

How much Buckfast can you drink before falling over / smashing something?

“Not that much to be honest. Half a bottle means bruises, whole one fuck knows-won’t remember.”

What is the greatest supermarket chain and why? …and your best purchase?

“Lidl of course, I’m a big fan! I’ve bought everything there from turntables, karaoke machine, synth stand, coffee machine…although I have to sadly say that my new powered water jet flosser was FAULTY! A part of me died.”

What’s the worst gig you’ve ever had?

“Where do I begin…glass thrown at me in Auckland NZ was a bit shit, men shouting “Burn the witch” were shit too, cigarette box chucked at me for not playing Shakira… fucked up promoter deciding to do effects and MC during my set…etc etc”

What track is your go-to for rescuing a dancefloor?

“Depends where I’m playing! Anything by DJ Deeon works really well, in certain European countries I usually play jungle if I’m bombing and that works!”

Your label Heka Trax – how do you go about finding new music, and what’s your process in narrowing down what you’re after – do you approach the artists or do they come to you?

“It’s a combination of both! I get sent a lot of demos, some are brilliant and I scout Soundcloud for new producers I like. There’s no real policy for releases – the next release is a new band called Tree Trunks for example and I’ve released RnB from Bossy Love, house/jungle by Pixelord, juke from Japan by Carpainter, I like to look for music from all around the World too.”

You have an affinity for classic Egyptian graphics for your label – what is the inspiration?

“Heka Trax is named after the ancient Egyptian word for magic (heka). I’m obsessed with ancient history, especially Egypt and its metaphysics – it inspires me across everything I do. Currently I’m studying the language part time as well, so I can read basic hieroglyphs quite well now.”

What record would you love to have produced or released?

What’s more important: Educating a crowd or entertaining them? Skill or Selection?

“Hmmm. Well…I like to think it’s a massive privilege to DJ and entertain a crowd so it’s important to remain humble and grateful and make sure they have fun. No point showing off mad turntablist skills if they can’t enjoy them or play rare spiritual dubplates from prehistory. (I have no turntablist skills by the way).”

When you produce music – do you start with an idea or destination in mind, or do you just jam then see what happens?

“Usually just jam yeah, I find it easiest to start with drums and then layer from there.”

Your own sound fuses juke, footwork, electro, techno and hip-hop. What would you say were your main influences when young, and what did you discover later?

“It started with techno and electro as a teenager, I still love Detroit/Chicago music and I was a big fan of French house and Roule records, German techno… I discovered so called bass music when I moved to UK-garage, grime, dubstep… I love rap as well so I mish mash it all together maybe in my tunes.”

What is your proudest, non-music, achievement?

“My personal / spiritual development, growing as a person and overcoming obstacles. Took a while. Learning how to use a washing machine and pay bills (adult things).”

If you could only travel Ryanair or Megabus for a gig, which one would it be?

Nightwave’s new EP “Awesome” feat. Rye Rye is out now via Fool’s Gold on digital from all the usual places with hard copy due on April 14th