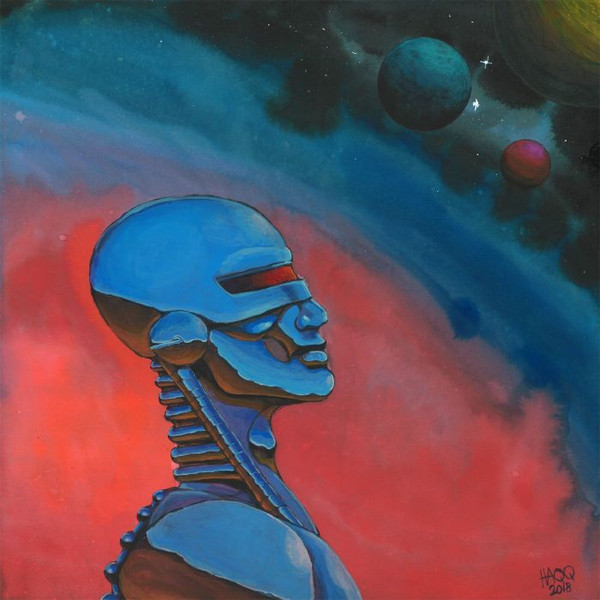 Derek Carr is a name known by few and far between… but for those who like to dig a little deeper, he has built a worthy reputation for his stunning take on emotive Techno and Detroit-tinged electronica over the last two decades.

Born and raised in Westmeath, Ireland (about 3400 miles from The State of Michigan) he got an early taste for finely crafted melody through discovering the sounds of influential compilations like Network’s ‘Bio-Rhythms’ and Warp’s ‘Pioneers of the Hypnotic Groove’. Having grown up being a fan of bands such as Kraftwerk and Depeche Mode in his formative years, it was only natural for him to be drawn to the new sounds emanating from Detroit, not to mention places a little closer to home like Sheffield and Leeds. Realising the home-made ethos that stood behind many of the early ‘Bleep Techno’ records, he took the plunge into picking up second hand instruments: initially investing in a cheetah sampler and boss drum machine. And so his journey into creating his own sounds began.

In 2001, Derek decided to launch his own label ‘Trident Recordings’, releasing the ‘Copper Beech e.p.’ (it’s only release to date), a now much sought after collection of soulful techno. In more recent times, he works with imprints such as “For those that Knoe”, “Subwax” and B12’s “Firescope”: spreading the gospel of heartfelt grooves and out of this world electronics to a whole new generation. With the recent release of a his LP “Contact” courtesy of Barcelona based “Subwax Excursions”, this is one artist who just seems to keep on getting better as the years roll by.  His ability to create effortless melody that wraps itself to bouncing basslines and elegant beats, is not only classy – it’s classical.

We caught up for a chat and asked him to talk us through the making of what might be his finest LP to date:

It feels like it’s been a pretty busy/productive year already, how have things been going your end?

“It has been amazing. It’s been extremely busy, very hard work and occasionally stressful and exhausting, but exhilarating nonetheless. I had originally planned that 2018 would be a queit(ish) year after the successes of 2017 but it’s been the exact opposite of quiet.”

You’ve been on quite the roll with your production and release schedule – would you say it’s more by accident or design right now?

“A lot of projects kind of ran into one another, I had a relatively slow beginning, the release on ‘Distant Worlds’ got delayed a bit, but when that got released they just came out one after another… almost on a monthly basis. When I sign off on a release with a label, I make them aware of what my release schedule is for the 6/9 moths going forward, so it’s up to them to decide when to release it.”

When push comes to shove, do you see yourself as “live” artist or more of a studio producer?

“A Producer… I’m happiest when I’m tucked away in my studio with the machines.”

What’s your take on the resurgence of the deeper end of both house and techno?

“It’s been a phenomenal 24 months, there are so many good producers out there and so many great pieces of music but the best thing about it is seeing the younger guys take to the deeper side of things too, a whole new new generation. The last few gigs I’ve been too have been a great mixture of age groups. “

What’s your general set up these days?

“I’ve been using Cubase since I started making Techno so that sits at the heart of the studio. I’ve 2 Behringer X32’s for mixing and Yamaha HS08M’s as my monitors. Then it’s a mixture of analogue and digital hardware and lots of VST’s on the PC.”

Do you have any go to pieces of kit?

“I try not to lean too heavily on one particular piece of kit. I try to spread the workload throughout the studio, but if I had to choose then it’s probably the Moog Sub 37 (for bass) and the Roland JP8080 for (Strings), but I love the Novation Bass Station 2 and the Ju06 also…”

Coming on to your new album, how did ‘Contact’ come about?

“I was approached by Jimi from Subwax Records about 18 months ago to do an EP for them, which came out about 12 months ago (Central Connections EP). Shortly after it came out, Jimi asked if I’d be interested in doing an album, an opportunity I couldn’t turn down. I sent him MP3s of new tracks on a monthly basis and he compiled the album from them. It finally got signed off on in December last year. “

In what ways has it differed to your previous albums?

“I got paid for this one. But seriously, It’s the first album that I’ve released on Vinyl and it’s a lot more dance floor orientated compared to something like ‘Digital Space Race’ or ‘Binary Son’, which were more home listening albums.”

With that in mind, talk us through each track on the LP:

“This is the only track I consciously set out to make specifically for the album: we needed an opening number and I set out to record it in such a way that it built slowly and only at the end would the Kick drum come in.”

A2. Take Me To Your Leader

“This was an old track that I had lying about, I wasn’t really sure it would fit with what Subwax wanted, but they grabbed it for the album. I really like the melody that comes in. It contrasts well with the sweeping strings.”

“Advance was originally a minute longer at the start, but the original recording got messed up, I only noticed a few days later and I was too lazy to go back and fix it. So I chopped the first 64 bars off the start. I really hate going over old ground, get it done in a day if I can.”

“I love this track, when I was making it I knew very early I was onto something good, the strings are from the S6000 sampler which replaced an Akai S3000 XL I had for about 15 years, another great melody.”

“One of those ‘I can’t believe I did this’ tracks that come up from time to time. I was sitting at home in the studio on a rainy Saturday afternoon in November and I had just completed the slightly detuned refrain that kicks in about 1min 30 (POLY6 VST) and I just started playing the string line that slowly creeps in and I must have sat there playing it for about 30 minutes on a loop. Everything about this track is perfect.”

“One squarely aimed at the dance floor but one you can listen to at home too. Strings from the JP8080 on this one.”

“My favourite track on the album and possibly the best thing I’ve ever done. I’d been trying really hard to make tracks that have counter melodies and space to let the different instruments breathe while giving a track that full sound. Kenny Larkin has been a huge influence on my sound and I think you can hear his influence on this one.”

I wasn’t sure about sending this for consideration, it was something I had just done and I like to hold tracks for a few months to ensure the quality is high enough (You always think your last completed track is the best thing since sliced bread, you are usually wrong,  so never send brand new tracks to record companies kids). It worked out this time.”