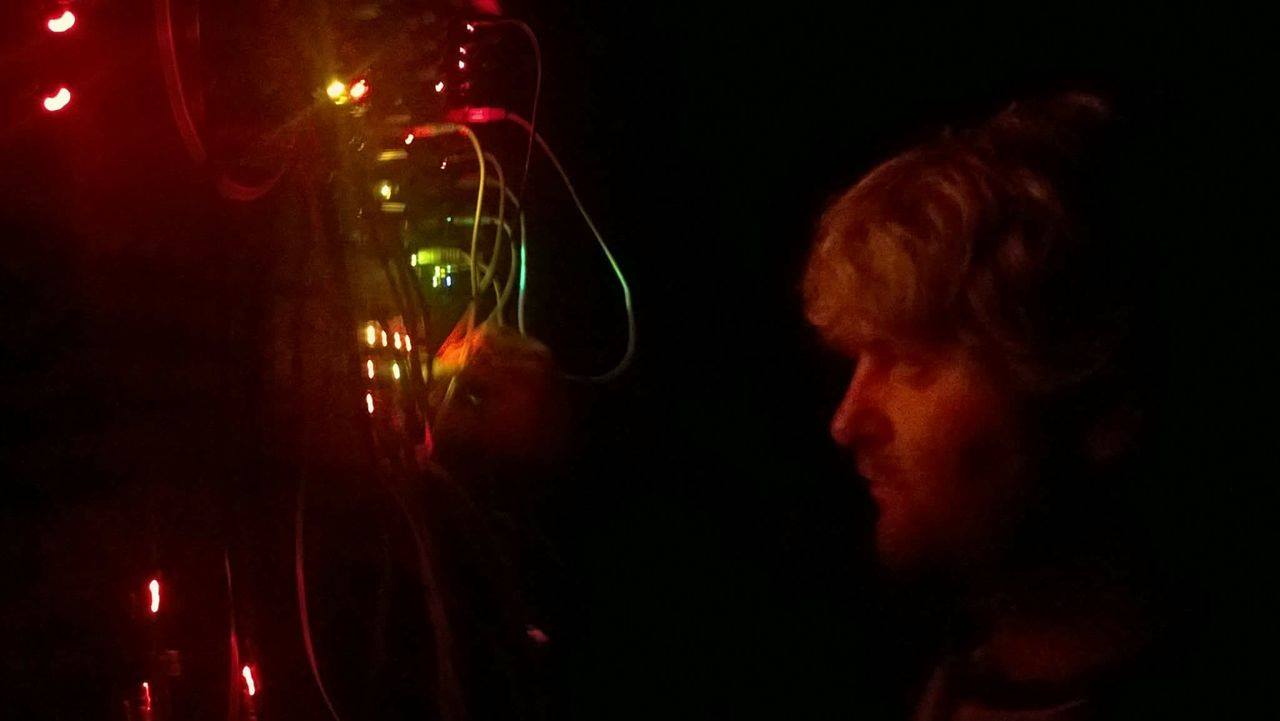 A son of the mighty steel city – one that is steeped in history when it comes to UK Electronic music, John Shima started out as a Hip Hop & Soul DJ in the late 80s, and then discovered Techno in 1989. At a time when the city was in the process of giving birth to the early sounds of bleep, John found himself in the midst of a new and exciting wave of music that was growing around him at the time. It wasn’t before long that he got into producing with a friend after he discovered a copy of Future Music Magazine and they decided to hire out a local studio to make some tracks. Spurring him on to go and build a home studio of his own, John has spent years quietly perfecting his craft.

Since releasing the “Fader EP” back in 2010 on Lex Loofah’s “Red Robot” imprint, he has been steadily building a reputation for his take on deep and soulful analogue-edged electronics with a knack for teasing out heart warming melody and complex textures from his tight array of machinery. A talent that most certainly hasn’t gone unnoticed, he has been catching the ears of discerning label owners with recent releases on turning up on Emotions Electric, BOE Recordings, Ferox, Contrast and B12’s Firescope. With exciting prospects on the horizon, we got in touch to find out a little more about the man behind the music and dive into his studio world:

Who were your biggest influences way back when?

“When I first started writing music, it was definitely the early Warp stuff like LFO, Forgemasters, Nightmares on Wax. I just loved the UK sound and I think you can hear the influences of people like B12, Kirk Degiorgio, Stasis, Black Dog but I listen to a lot of music so there’s also others like LTJ Bukem, Biosphere, Photek amd Autechre. I’m also a big fan of 80s & 90s soul so I think there’s also elements of that in there too, especially in my Basslines.”

What was the first set up you acquired?

“An Atari 1040STE running Cubase, a Jen SX1000, a Roland Tr606 and a Korg Poly 800. I didn’t make any ‘finished’ music on this stuff though, just lots of noise I thought was music. If you notice, there’s only one midi synth there so it was a big learning curve getting everything to speak to each other.”

How has your studio evolved over time then?

“It hasn’t evolved that much to be honest, just a lot more flashing lights. I’ve added more synths over the years but I still work in the same way more or less. I still run Cubase and use the synths I had 20 years ago like the Poly 800. My mixer and monitors are over 20 years old too, I know exactly how things work and how things should sound through my set up so I don’t upgrade something unless it’s broken. The recording side has changed obviously as I now record parts into the computer digitally rather than whole tracks to DAT, just makes it a lot easier for storage and editing things later.”

Is there anything you desperately want to acquire?

“Not really, there’s load of kit I’d like but I’m happy with my current set up and I’m getting the results I want. Sometimes, you can get carried away by looking at pics of new gear but I try to think whether a synth will actually add a new sound to my studio and the answer is usually no, so I resist. In fact I desperately need boring things like new audio and longer midi cables, but that’s another matter!”

Tell us about your 5 favourite studio items: what do they do, how much did they cost?

“This one is an analogue mono synth, it’s pretty basic spec-wise but it has a great sound. It has a nice bottom end for basslines but I tend to use it more for FX and little details in a track. When you wack up the resonance on the filter, it sounds like electricity ripping the sound apart – very unique. Also the patchbay allows you to integrate it with the eurorack modular. I paid £150 for mine back in 1995.

The intro acid synth line is all Korg MS10, the resonance giving it that distorted type sound.”

“Another analogue mono synth, it’s the desktop version of the SH101 but with a few minor differences. Mine’s been upgraded to modular so I can patch it up to the Eurorack gear. It has individual waveform outs, LFO out, ADSR out, VCF in, VCF CV in, PWM in, Accent In, Glide In and new CV & Gate ins to solve timing delay problems. It pretty much does all my basslines and that’s where it excels really. I paid around £150 in 1996 but the modular upgrade was around another £200 I think (which was well spent).

“This one is a Digital synth from the 80’s which is really great for pads. It’s a bit of a pain to programme as its quite complex and only has 2 lines of text on the screen, so there’s a lot of menu diving but the results are amazing. I haven’t had it long but it’s already proven to be a keeper. I paid £170 for this one I think.

Most of the pads/soundscapes are the D50, very detailed sounds are possible with this machine, although a lot of patience is required to program it.”

“I love this synth. It has 2 independent VCO’s, VCF’s, VCA’s and Envelopes with seperate CV & Gate inputs so you can run it as a 2 VCO synth with 2 parallel multimode filters, or 2 seperate mono synths altogether. I use it mainly for melodies and FX. Nice and warm, it has a similar sound to the SH101 but with a dirtier resonance. Am pretty sure I paid £350 for this.

The CS15 plays the main bassline throughout, a few little tricks routing via the modular but not affecting the sound.”

“I started building this in 1996 to compliment the MS10 and modified MC202. Back then there was only mainly Doepfer who made modules but over the years, I’ve added other manufacturers’ modules to it. There’s stuff by Make Noise, Intellijel, Mutable Instruments amongst others. I use this for everything really, sometimes basslines, melodies, drums or chords. Everything I make starts on the modular and then I add other machines to it to finish the track. Sometimes, it’ll do a small part and other times it will do nearly all of it, but everything starts here for me. It’s very inspiring when you stand in front of it with all the lights flashing, it just makes you want to write music. Patching this up with the MS20, MC202, SQ10, the whole studio becomes like audio lego, cables everywhere. I have no idea of the price and to be honest sometimes, it’s best not to know!

A bit tough deciding on which track to chose to showcase the modular as it gets used on everything I do, but this one came to mind. I had 3 analogue sequencers firing off 3 different patches that were combined to create one melody, which created a nice scattered track that I made on the fly.”