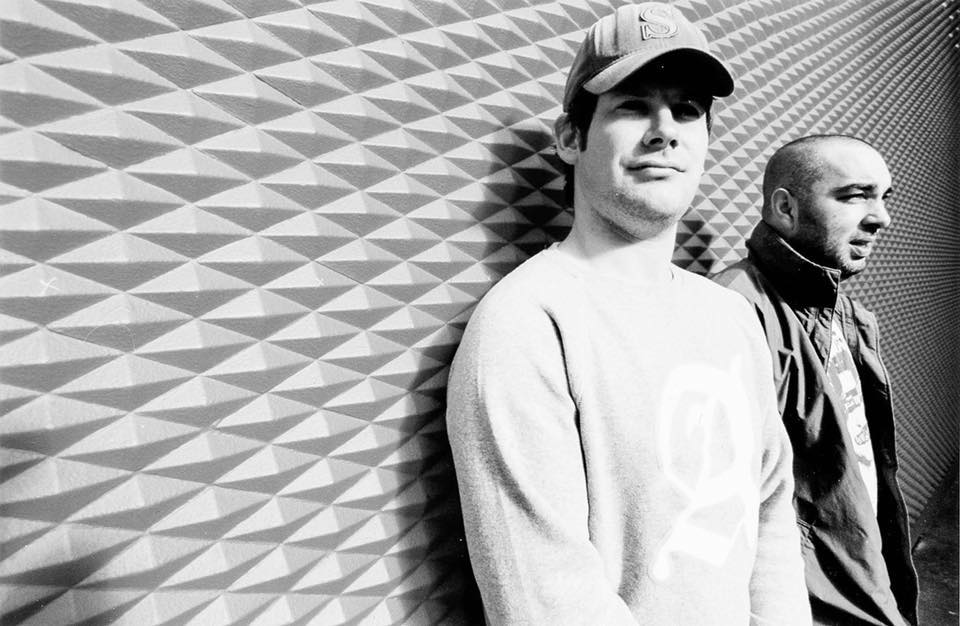 Formed in 1994, Transparent Sound are one of the UK’s longest running Electro acts.

Having grown up on Hip Hop, Electro, 70s electronica & legends Visage & Cabaret Voltaire, they set about creating their own unique sound back in the mid 1990s. Orson Bramley is best known as the founder of the outfit but there’s more to him than that. As well as co-running his label Orson Records, he has been DJing for over 20 years, having grown up during the heady days of acid house’s first wave in 1987/88. Martin studied guitar and double bass as a teenager, he also played in several indie bands before turning his attention to Electronica.

Originally a fan of early Electro and the Breakin’ scene that accompanied it, Orson was first turned on by the illicit electronic thunk and hypnotic groove of house and techno. Not that he completely lost touch with his roots: in the early 90s, he was also a member of legendary UK Hip Hop act/Breakdance crew “Severe Carnage”. Although Martin has taken much more of a backseat in terms of playing out, these days Orson’s DJ style takes in various flavours: glitchy minimal house, jackin’ electronic 4/4, acid, Detroit techno and, of course, straight-up electro. With new releases and a label back on the agenda, we tracked down Bognor’s original B-Boy to talk about the duo’s past, present and future:

On first appearance, Bognor Regis doesn’t seem like a mecca for Electro and B-Boy culture: how did you get into it then?

“It does seem strange! But believe it or not, there was a great little scene in Bognor in the 80s. There used to be a lot of Hip Hop events. I grew up on it along with Electro, and it went from there really.”

How did you and Martin first meet?

“I had started writing electronic music under the name Transparent Sound and I was looking for an artist to collaborate with, from a non electronic background. A friend introduced me and Martin to one another at a party I was playing at in Bognor Regis. Martin and I got on well straight away and we booked a studio a few weeks later with engineer Ron Wells, aka Jack Smooth. We recorded Meltdown Ride – which ended up being the first release from Transparent Sound.”

Can you remember what records really had a big impact on you back then?

“It is very difficult to narrow it down, but here are a few that stick in my mind:

How did your first experiences of acid house shape your outlook?

“I had been DJ’ing for a while as I followed Electro through to the golden age of Hip Hop. I really liked the jack sound of ’86. I had a slot named Wild on Wednesdays for Mensa, who went on to set up the legendary Interdance raves at Sterns in Worthing. Mensa offered to take me to the first Energy Rave as a form of payment after a quiet night. It blew my mind and I starting buying more and more acid house and the Detroit/Chicago sound. That’s was it, from that moment on really I was hooked.”

At what point did you decide having a go at a making your own sounds was the way forward?

“Quite early on actually, I was always into Electronic sounds from an early age. I used to play the drums and DJ. I was also an MC in a Hip Hop crew call ‘Severe Carnage’, but I always loved the electronic sound more.”

What was the first studio set up you made your records on?

“We used to hire a studio when we first started out. I really wanted an analogue sound. The kit we used was pretty basic on those early releases, we had to borrow most of the equipment.  Most of the classics we recorded just used a Roland TR 808 and a couple of SH 101s, a bunch of rubbish effects and a Yamaha synth I can’t remember the name of.  We used to record straight to the DAT live and then choose the best take, we didn’t use a computer at all back then.”

Did you have any kind of blueprint for the kind of sound you wanted or was it more of an evolution?

“Well, we knew we wanted Electro beats and an electronic sound. We never tried to copy others or try and sound like anyone else (most of the time).”

When did you realise your music was taking off?

“The first time we got really excited was when Laurent Garnier played our first release – Meltdown Ride on the Essential mix. We were really flattered that he also took the time to write to us a fax his appreciation for sending him our record…”

“There’s been a few now, so it’s difficult to choose. I like them all for different reasons, I guess:

Our first album of course!

The “Two Headed Monster” live album we did with Craig Richards…

More recently, “Punk Mother Fucker” that has just had a re-release on Pressure Traxx.”

How does it feel to still be ploughing your own path after 20 + years?

“I don’t know anything different. I just do what I love and I enjoy. It’s always been that way. I’m looking forward to playing out again this year and relaunching Orson Records, releasing and remixing plenty of new music.  Electro is slowly getting some much deserved attention again and it seems to be bigger than ever now, about time. It’s nice that it’s getting the chance to surface properly and keeps on going.”

Last but not least, what have you got happening next?

“I have new releases as Orson Bramley Titled ‘Then Again’ coming on Memory Box along with the re-launch of my own imprint Orson Records. I have some great new artists lined up. There’s also plenty of Transparent Sound releases in the pipeline and I’m also excited to be working on some remixes for Billy Nasty’s Electrix Records.”