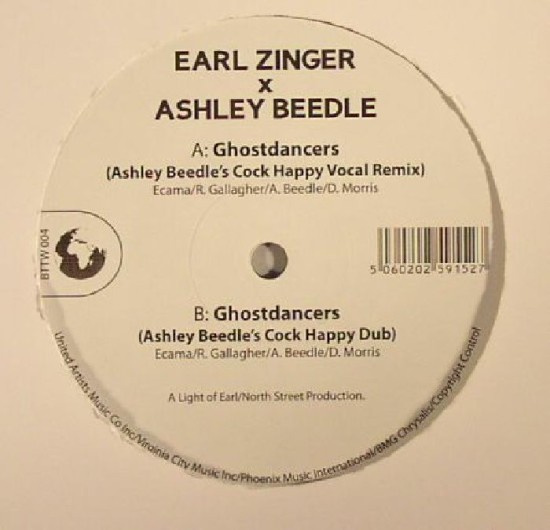 Ashley Beedle and Earl Zinger team up for a summertime hit

If you’re a lover of UK House, the life and times of Ashley Beedle should be somewhat familiar to you by now. Having been responsible for the likes of the Ballistic Brothers, Black Jazz Chronicles, Black Science Orchestra and a founding member of X-press 2 in and amongst a sizeable list of other projects. His discography stretches well over two decades and a myriad of productions: a talent that has always been a force to be reckoned with, even if the music at times has waivered from his acid house roots.

Having team up with the effervescent wordsmith Earl Zinger, renown London MC who formed part of “Galliano” (the quintessential early 90s Acid Jazz outfit) as well as being part of “Two Banks of Four”. Beedle seems to have hit the nail on the head as the pair strike an impressive chord with a fusion of suburban-afro influenced bass heavy house, set to a neat flow of tongue and cheek lyricism that recounts the life and times of raving. The result seems to have fused into a quirky slice of “feel good” pop for young and old alike. No doubt, a result of Beedle’s years of experience shinning through. Although the record has by and large gone under the radar so far, this may not be the case for much longer.

Not one for resting on his laurels, Beedle has delivered with this new set of mixes what we view as some of his best work in recent memory; extending the original and injecting a pure dose of jazz and soul to the rework. Imbuing it with a “Je ne sais quoi” feel that should chime from London to Paris, New York and LA via Toyko and Milan. House music at its best? Quite possibly! Capturing the euphoria of yesteryear, he has added a straight dose of lovedance for the youth of today and brings it all together that should certainly get some heavy rotation from the heads and stoking the fires of popular acclaim (well, maybe).