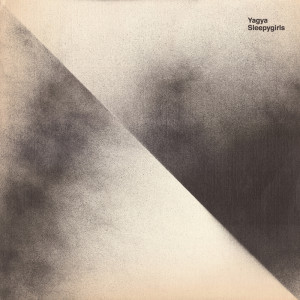 Icelandic producer Yagya (Aðalsteinn Guðmundsson) has been crafting atmospheric productions and exploring the lighter reaches and realms of sound for more than a decade now. A definitive member of the much vaunted Thule Musik family, he has amassed a fine body of work since his debut solo album for Force Inc. back in 2002, also known for his work as half of Sanasol and Plastic.

A student of computer science at the University of Iceland, it’s no great surprise that he spends his free time making music: concentrating on the expression of moods, steeping the listener in heart warming velvet textures that render an almost instant serenity when played for more than a few minutes. It should also come as no surprise either that Delsin have chosen to release his next album.

As an artist that has dealt exclusively in releasing LPs, there is no mistaking his sound. Ever seeking to reflect the beauty of the world around him, there are definite echoes and influences of Philip Glass, Basic Channel and Brian Eno throughout his oeuvre. His ethos: finding harmony and beauty in the simple sounds of nature – no doubt a reflection of his homeland environment. Sitting across three slabs of vinyl and one mixed CD, “Sleepygirls” is a real gem of a ride into the frozen hinterland of spaced out dub that every so craftily touches upon the realm of the exotic, and even unveils a hint of both classical and folk.

Make no mistake, this is not average carbon-copy dub techno by numbers, by any stretch of the imagination. Locked at a pleasingly head nodding tempo throughout, he explains “I wanted to create an album that’s atmospheric, repetitive, and easy to listen to over and over again…something that works well in the background (e.g. when concentrating on work), as well as up close in a big sound system.” We couldn’t agree more, “Sleepgirls” features contributions from live instrumentalists on guitar and saxophone, an unmistakeable Japanese singer to help counter the sheer weight of his hypnotic drone-like beats. From the rolling bliss of the opening salvo, he achieves a level of harmony and balance that invites you in, almost suspending time for all but the briefest, yet most perfect of moments. As the soundscape rolls on, the pace never waivers: evoking the frozen dawn of the Arctic spring, to the nonchalant breeze of the long northern summer nights.

A true sonic craftsman, Yagya insisted the vinyl versions of each track be specially mixed with sonic quirks and individual fingerprints to make them the subtly different to the CD version – a fantastic feature that will no doubt have its impact on a club/concert system. Overall, this is a brain soother of an album that is a sheer delight to listen to that you’ll happily reach for, time and time again.