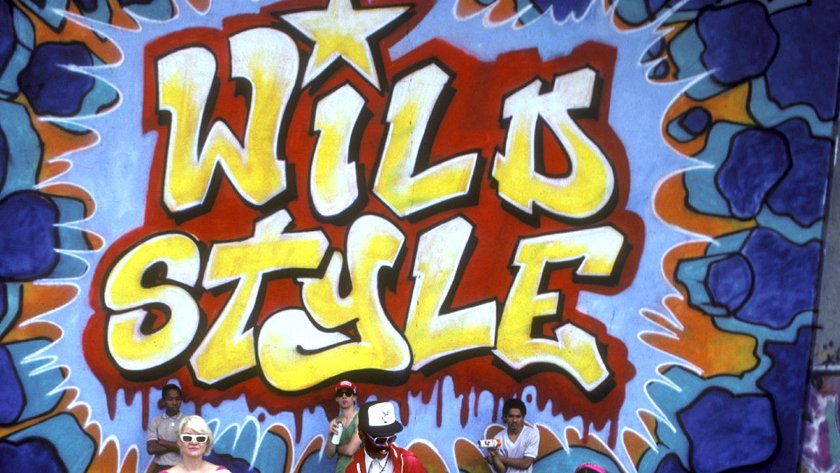 A whistle stop tour of movies and documentaries about Graffiti

Over the last few decades, graffiti has slowly gained global recognition and prominence thanks to the dedication and dogged persistence of writers and artists who have embraced it at the centre of their culture, as a vehicle of expression.

From its early modern-day origins in Wall Writing (tagging), to full blown explosions of shape and colour that came to adorn the subways and walls of New York during the 80s – the likes of Crash (John Matos), DAZE (Chris Ellis) and Dondi (Donald White), along with more formally recognised painters such as Jean-Michel Basquiat and Keith Haring undoubtedly paved the way for the current generation of artists such as Banksy and Brian Donnelly to paint and sculpt their messages to an international audience via the urban canvas.

We’ve picked a few movies/documentaries that have not only helped define and document the movement, but should also be considered as a must see for any aspiring writer.

STYLE WARS (1983)
Directed by Tony Silver and produced in collaboration with Henry Chalfant, it is regarded as the indispensable guide to New York street culture and subway art of the early ’80s.

WILD STYLE (1983)
The mother of all Graffiti movies and as the first “hip hop” motion picture, the film features seminal figures from the period with Lee Quinones starring in the lead role.

BAD MEANING GOOD (1987)
Produced by Tim Westwood for the BBC, this short documentary covers the fledgling London Hip Hop scene and associated culture at the time.

BOMB IT (2007)
Directed by Jon Reiss, it was filmed on 5 continents and features cities such as Cape Town, London, Paris, Amsterdam and Sao Paulo, exploring the interplay between worldwide graffiti movements.

COLOURFUL BARZ (2013)
Recent UK documentary about a group of friends and their prison sentences for graffiti. In 2009 Josh Piehl, Will Dempsey, Tom Collister and Darren Austin were sentenced to a combined sentence of over 6 years in prison for £60,000 worth of damage.

A big shout to Ronny at Oner for the chat and coffee this week….

The House that Acid Built