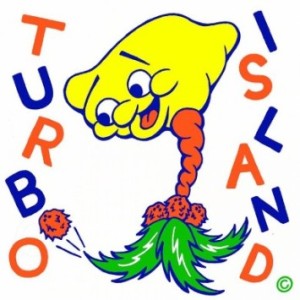 Chris Wright, the creative brain behind Turbo Island takes us on a brief tour of his influences with a trio of his favourite work

Originating from Kent, Chris is most definitely one of those people you wouldn’t want to forget, if you happen to meet him. Having laid his hat in Bristol for the last decade, he is first and foremost an illustrator: his style – a whirling blend of third-eye paraphernalia sprayed with buckets of parody, toilet humour, bulging eyeballs and infinite colours.

With a self-confessed addiction to music – equal parts amusing and intriguing. A fair part of his current output focuses on breathing life into music merchandise via his newly launched Turbo Island Project. Having recently spoken with Hyponik at great length, we took it upon ourselves to brave crossing the waters of the Turbo River for an afternoon, and take a trip down memory lane. Rather than focus on the usual chit-chat, we asked Chris to pick three pieces of his favourite/most influential work to give us curious types a better understanding of exactly what sort of coding went into his creative DNA. After all, you can’t make a fruit salad without fruit, right?

“Thanks for asking me to pick some bits of art, nobody has asked me this before. I guess they are all illustrations of sorts”, he explains. “I’m not deeply into my fine art, I like fascinating drawings, doodles and paintings.” 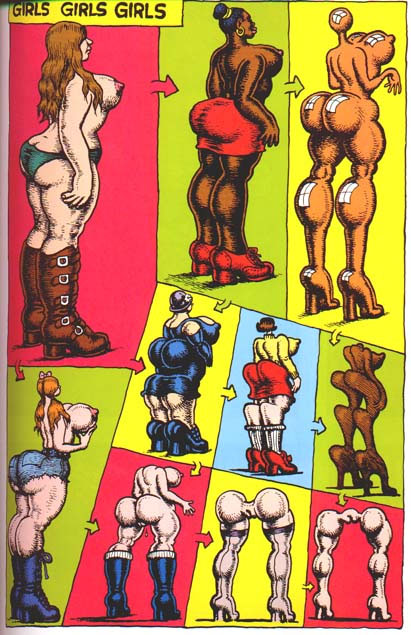 “I had to start with something by Master Crumb, I had 8 million drawings to choose from. This one sums it all up for me, too perverted to frown upon. Exciting, sick, absurd and surreal mind. There’s an excellent documentary about him and his bro’s made in the early 90’s, I’d like to see one concerning what’s happened since. The man likes legs.” 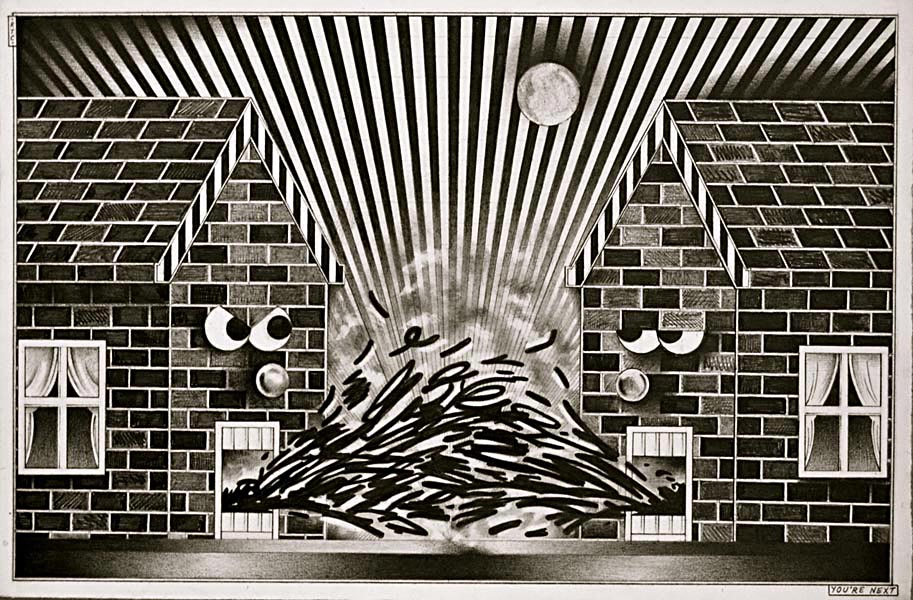 “The next piece is by a chap that was bought to my attention by a piece on an African Apparel t-shirt called River Rats 2. My favourite t-shirt to wear of an evening in fact. Again I could’ve picked many bits from a host of his elaborate graphite drawings, but this simpler one makes me smile most. I always thought there had to be colour for me to like something, it appears not. I can relate to this drawing. I’ve just decided I’d like to buy one too.” 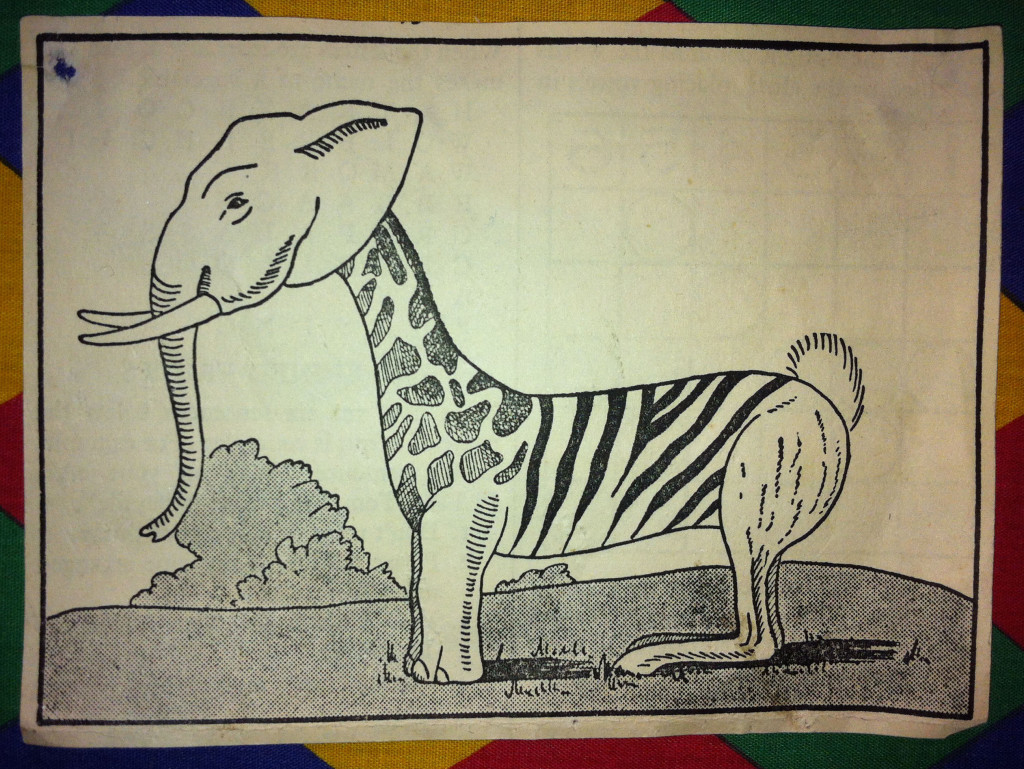 “This is something I cut out an old annual from the 60’s, can’t remember which one. One of those ones made specifically for boys I’d imagine. Not intended to be a piece of art but a game. I’ve had it on my wall for so many years now that it’s the most noble piece of art I own. I’d like to bring this dude back to life one day, maybe re-draw him in my own way, or simply slap him on a t-shirt and crudely scrawl a band name above him.”