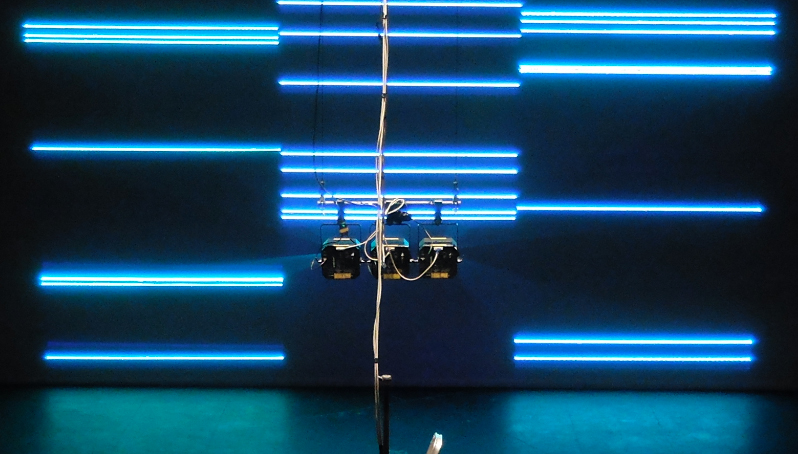 Better known as Monolake to the fans of his music, Robert Henke is a man with a very specific mission: to build and operate machines to create art. Whilst words like genius and revolutionary are all too often thrown about with tasteless abandon, it would be grossly unfair to tag Henke with either – missionary comes somewhat closer to our way of thinking.

Henke’s passion for the collision of art and science could not be more evident – his contribution to the development of Ableton Live has been well documented. Since the founding of the company in 1999, he has been central figure in the development of the programme. He also writes and lectures about sound and the creative use of computers – holding a professorship in sound design at the Berlin University of Arts. 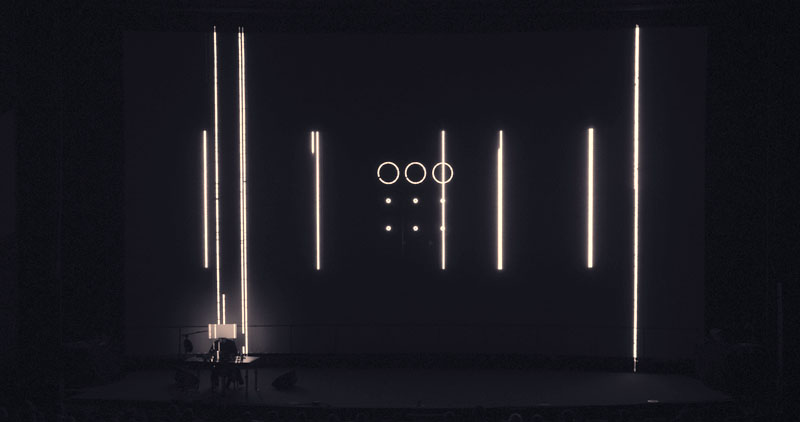 Amazed and inspired by the constantly expanding possibilities of computer science and technological progress, he is very much a hands on person who lives and breathes Techno in it’s purest sense. Constantly exploring new territories between musical composition, performance and installation, his latest touring venture Lumière has been delighting audiences across the globe at traditional art places and festivals spaces, since it’s debut at Unsound Festival in 2013 at the end of last year.

Based on software written by Henke himself, the performance aims to unveil the hidden beauty and minimalistic elegance of a commonly underrated medium. Immersing participants in the dance of a hadronesque lightshow that transforms visible beams of laser driven light into perfectly tuned sonic frequencies, each performance is adapted specifically to its surrounding environment. Controlling the interaction of shape, colour and music from his computer, Henke uses laser beams to cut through the room, to paint a constantly evolving landscape formed of intricate geometrical shapes. Fusing his ever developing knowhow of methods and systems, like wave field synthesis and ambisonics, to create a situation of total immersion for his audience.

Robert very kindly took the time out of his busy schedule to answer a few questions we had:

What’s been the driving force behind this latest project?

“Curiosity. I try to find new ways of expression with an old yet not very explored medium. I believe I am capable of doing things with my lasers that are previously unseen. Working with this medium is quite challenging, achieving interesting and elegant results demands intensive occupation with the specific limitations and properties of those machines. And that’s something I really enjoy, simply because it enforces a different aesthetic. What I am looking for is not music with a laser show, but rather a radical and overwhelming audiovisual experience, where intricate detail is paired with raw power.”

Where has the biggest challenge come from so far?

“The technical aspects took much longer to develop than I anticipated, but nothing in that field was really unexpected, instead I found a lot of interesting possibilities whilst working on my software. What I find demanding are the artistic implications. Finding my own language within the possible audiovisual codes is an ongoing process and creating results that are more than a technological showcase turned out to be the core issue. Which is actually no surprise. I’ve built an instrument, now I need to learn how to play it.”

How do you see the concept evolving?

“The more I understand my instrument, the more I will be capable of producing interesting results with it. Then, as a next step I can start extending the instrument again. Every single performance of Lumière provides me with new insights in what else I could already do with the existing setup. But it also gives me ideas about how to extend it to achieve currently impossible shapes and movements. I am at the very beginning of something very new. It starts to show itself in some moments, but it is still partly covered by the old. I recreate known visual experiences with a new medium. There are moments where I depart and where the unique qualities of the medium hit the surface. Below remains the unknown, waiting to be illuminated.”

To delve deeper into his world, we highly recommend checking out the following documentary courtesy of 6Sept13 (English subtitles are provided). To find out more about upcoming Lumière tour dates, visit his website: