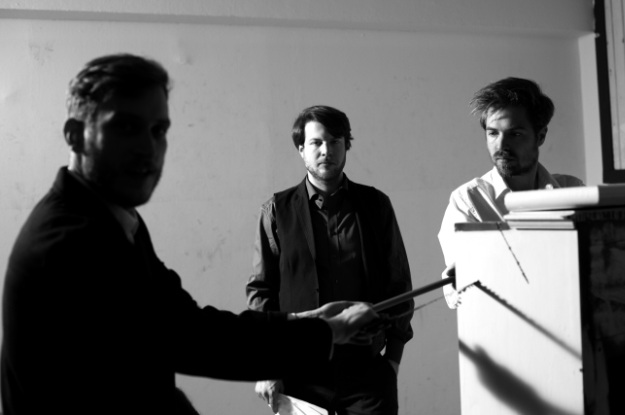 A quick flick through the music of Brandt Brauer Frick

According to the collective genii of Brandt Brauer Frick, “Sometimes what you don’t do is as important as what you do” … either way, it’s hard to ignore their take on live techno that owes as much to producing techno without all that much technology, as much as they enjoy using classical instruments instead of synthesizers.

The Berlin based trio have been fusing their heady brew of futuristic jazz to minimalist impulses for quite a few years now, clocking up an impressive collection of singles along with 3 Albums – “You Make Me Real”, “Mr. Machine” & “Miami”, courtesy of the support of K7 Records. They’ve also been lucky enough to grace the stages of nightclubs, classical concert halls and cultural institutions – spreading their hustle at many a festival too: namely Glastonbury, Coachella, Montreux Jazz, Mutek and Sonar. A few of weeks ago, the band served us all yet another timely reminder of their talent, thanks to the following Resident Advisor “Live Session”:

Spurred on by their ever evolving quest for brilliance and shock of the new, all interwoven in a neo-classical vernacular, we’ve pick out a few more songs from their catalogue to help ease you through the week and hopefully open your ears to their realms of possibility: