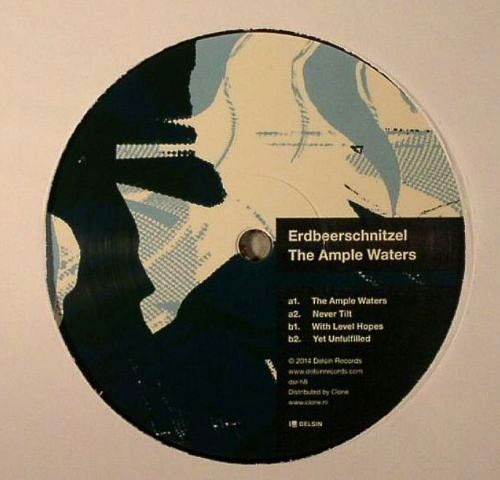 Although a “Strawberry Schnitzel” isn’t the most common of culinary combinations, thankfully Tim Keiling – more commonly known as Erdbeerschnitzel – most certainly captures a tangy twist in all that he touches when it comes to making and playing with sounds.

Having released his own debut album “Pathetik Party” back in 2009, he has effortlessly settled into a space that bears plenty of soulful edge, whilst hitting all the off-keys in all the right places. A mêlée of house with roots that spring from hip hop, his tracks regularly embrace the itchy swing of broken beat: peppered with vibrant synthesizers and fuzzy vocals. The results have not gone unnoticed: having delivered EPs for 4Lux, Third Strike and Mirau. However, those uncanny folk at Delsin seem to have really captured the best of this artist recently – “Ample Waters” could well be some of his best work to-date.

A lively U.R. inspired concoction that fizzes with an oddly curious melody and counterpoint piano part, title track “The Ample Waters” steadily builds amongst a shuffle of drums around an elastic groove. Add in a crescendoing string section that unfurls to a steady trill, and what you get is one of those instantly unforgettable summer tracks that bears all the hallmarks of a sea of smiling faces. As if to pause for breath, “Never Tilt” slows things down to a steady drawl as lazy beats and a lead limber up to make their mark. Colourful and effervescent, it’s one of those moments that make you want to kick back, sip down and cool off.

Taking a slightly more straight-up approach, “With Level Hopes” is characterised by a heavy brass like melody that wouldn’t sit out of place coming from the likes of Lone: all strectched out over a wobbly bass and overdriven percussion that really give it a weighty feel and should sit easily amongst tougher selections. Last but not least, “Yet Unfulfilled” is the most out-and-out G-Funk groove that should appeal to stoned summery heads – packed with shinny chords and feel-good factor, it should get some serious playtime over the course of summer and beyond.