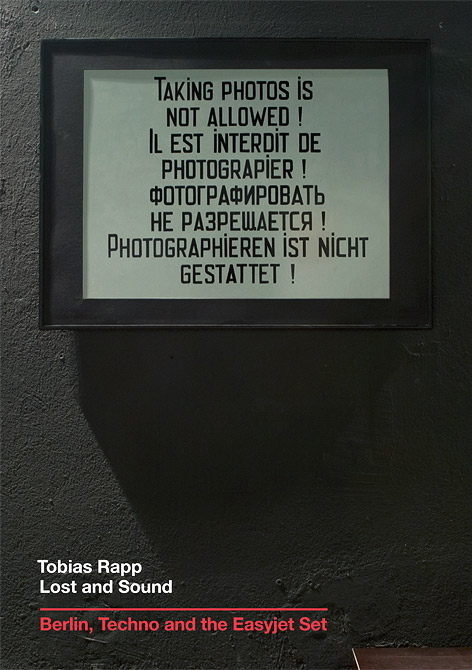 A remarkable celebration of a subject he has spent a lifetime living, breathing and thinking about, ‘Talking Heads’ frontman David Byrne explores how music is profoundly shaped by the time and place it originates from. He examines how recording technology in the twentieth century has forever changed our relationship to playing, performing, and listening. Seeing music as part of a larger pattern of adaptations and responses to cultural and physical context, Byrne covers a wide range of ground taking you from Opera ouses to African villages, from his earliest high school reel-to-reel recordings to his latest work in a home music studio (and everything in between). ‘How Music Works’ is the result of some deep insight and lived experience – an irresistible adventure about music’s life-affirming power.

Ambient Century: From Mahler to Moby – The Evolution of Sound in the Electronic Age

If the title is anything to go by, ‘The Ambient Century’ is a book that rightly covers a lot of ground. Predergast narrates the drift in twentieth-century music from composers to non-musicians and how the rules have seemingly been re-written including the advent of single note repetition to the widespread use of samples. Exploring the classical horizons of Mahler, Satie and Debussy to the revolution in electronics that was first spawned by Stockhausen and Cage – there is a rich wealth of information and comment brought together as he moves through the decades and genres. From the minimalism of Phillip Glass and Terry Riley, to the worlds of Brian Eno and Arvo Part, not withstanding the defining music of rock legends that were The Beatles and Jimi Hendrix to the creations of Kraftwerk and Goldie. The author traces one of the most important developments in music of the past century and examines it in place.

Since being published in 2009, ‘Lost and Sound’ has become a bit of a modern classic in terms of capturing the spirit of the moment. A reporter for Berlin’s ‘Die Tageszeitung’ covering the city’s nightlife, Tobias Rapp is one of those people who is well suited to write about Berlin and the development of the techno. An interesting analysis and read for anyone wanting to learn about how the city’s much coveted music scene has moved from the underground to the mainstream: ‘Lost and Sound’ maps the key changes in recent times. Rapp focuses on four aspects of change – the move of the scene’s focus from Friedrichshain to Kreuzberg, the ageing of active club-goers, incoming techno tourists and the replacement of dark, hard sounds with lighter touch techno pop.

Altered State: The Story of Ecstasy Culture and Acid House

As books about Acid House culture in the UK go, “Altered State” is widely considered as a definitive account of dance culture. Matthew Collin casts his eyes on the heady events of the acid house ‘Summer of Love’ and the rave scene’s euphoric escalation into commercial excess. With an assembled cast of memorable characters helping track the origins of the scene from the burgeoning underground gay discos to the Balearic paradise of Ibiza – Altered State examines the ideologies and myths: documenting both the criminal underside next to the blissed-out image portrayed to many. As accounts go, the book sheds new light on the social history of one the most spectacular youth movements of the twentieth century.

As books and authors go, Tim Lawrence’s “Love Saves the Day” is one of those must read moments for anyone who has an interest in uncovering the roots of club music and culture as we know it.  The book captures intimately the music that America tried to forget: Disco, following the journey with a detailed analysis of the era’s most influential DJs and the venues in which they played. Opening with David Mancuso’s seminal Love Saves the Day Valentine’s party, Tim Lawrence tells the definitive story of American dance music culture in the 1970s. From the very depth of its roots in NoHo and Hell’s Kitchen, to its takeover of midtown Manhattan and wildfire transmission through America’s suburbs and hotspots such as Chicago, Boston, San Francisco, Los Angeles and Miami. “Love Saves the Day” includes rafts of material and interviews from John ‘Jellybean’ Benitez, Steve D’Acquisto, Francis Grasso, Loleatta Holloway, Francois Kevorkian, Frankie Knuckles, David Mancuso, Vince Montana, Giorgio Moroder, Tom Moulton, Nicky Siano, Judy Weinstein, and many more.