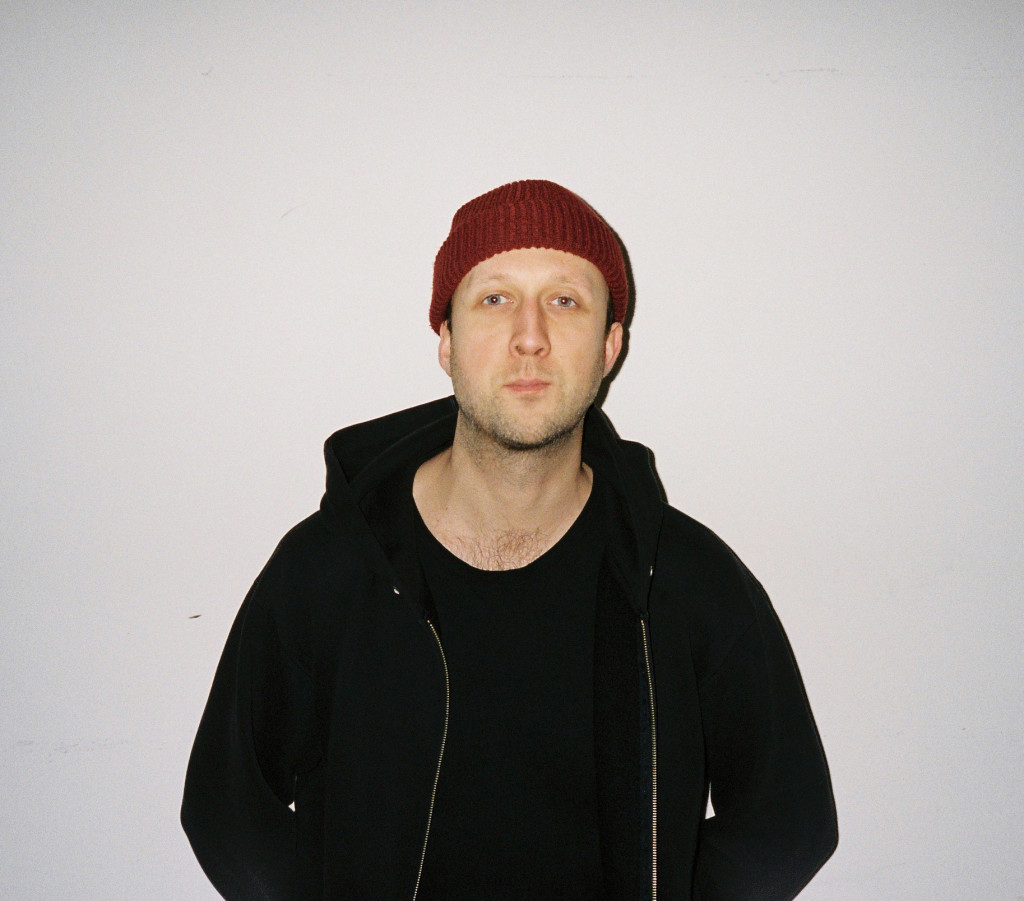 Luca Lozano hails from South London and moved to Sheffield in 1991. He moved back to London 2002 after college.

These days, you’ll find him living in Berlin.

He’s made and released music on Optimo, Sex Tags UFO, UTTU and his own imprint Klasse. He likes 1970s Graffiti styles, acid house, rooting for the underdog and is also partial to a good cup of tea.

Luca kindly agreed to bring together a selection of some of his favourite flyers that he felt near and dear to his heart, so we could find out a little more about the man: 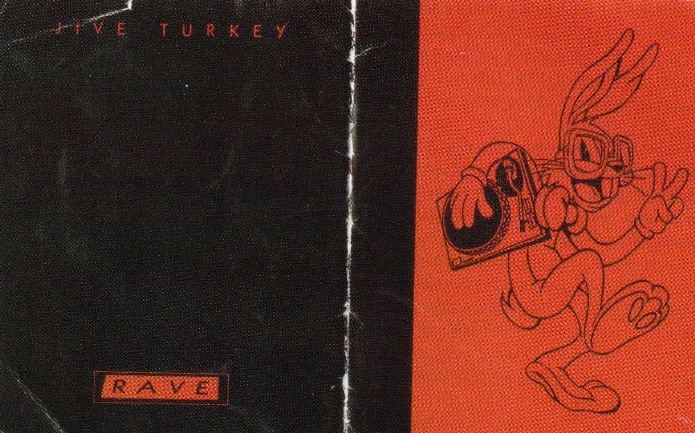 1. “Jive Turkey was like the older brother to the Sheffield Bleep/Warp Records era, running from the late 80s to the early 90s it is now the stuff of legend. The soundtrack was varied and I imagine it was place where you could hear early Chicago stuff mixed with Funk, Soul and Rap. I missed out on this era of Sheffield’s history, being a few years too young and often think about the scene back then. As a teenager I would visit Warp when it was still a record store, buying Hip Hop and breakbeat… the legacy of Sheffield’s music scene definitely had an effect on my taste in music.” 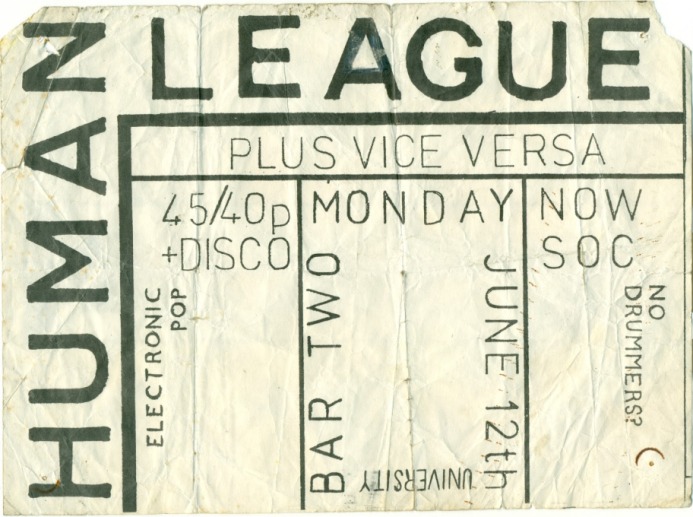 2. “An early flyer for the Human League, I’m guessing the venue is in Sheffield, maybe in the Psalter Lane Campus of the city’s University. The parallels between Sheffield and Detroit have been drawn before and with the cities’ industrial past and deep connection with early, pioneering electronic music – it’s easy to see why. As a kid I would often see Phil Oakey riding the bus into town, Sheffield was a large city but still felt like a village at times, that intimacy is good for the scene and the sharing of information and resources.” 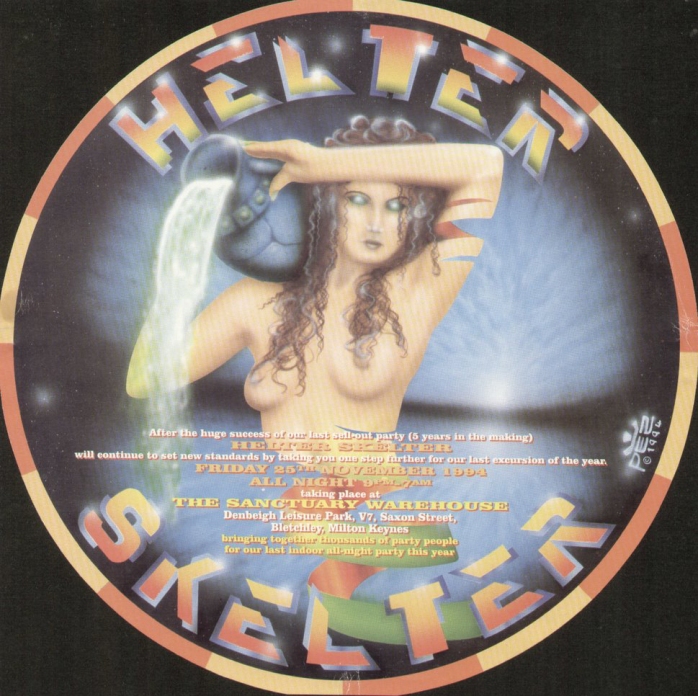 3. I spent all of my teenage years writing graffiti, smoking dank weed, skateboarding and making bad (meaning bad) Jungle on an Atari. We’d always have these Helter Skelter tape cassettes playing, with mixes from people such as Randall, DJ SS and Ganja Kru. 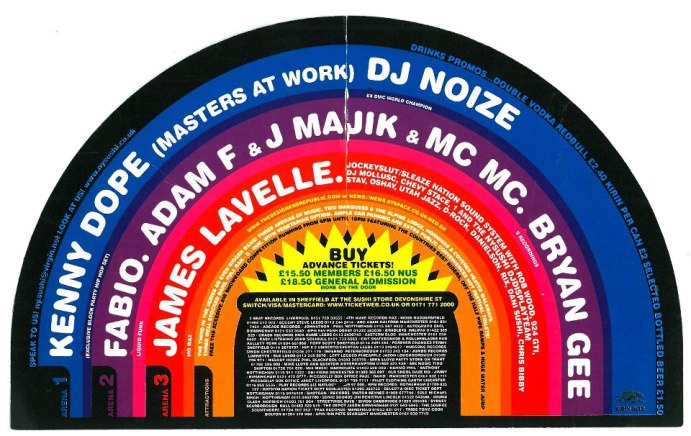 4. “After smoking the weed, we’d usually head to NY Sushi. Sushi was probably my first formative and full clubbing experience, they had a very varied booking policy. Usually Hip Hop downstairs, Jungle upstairs and a bit of House thrown in for good measure….I miss this melting point approach and haven’t experienced it here in Berlin. NY Sushi was a big deal in the history of Sheffield’s clubbing, after it was gone the baton was passed to nights such as Lights Down Low and Kabal. Things seem to be quite healthy recently, with venues such as Hope Works opening up and doing well.” 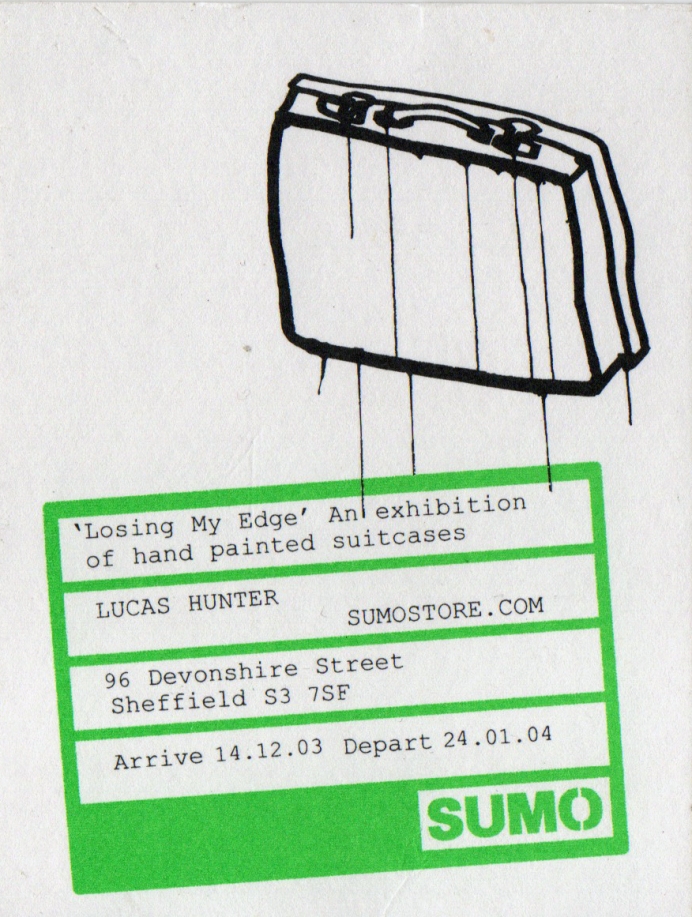 5. “The Sumo skateshop was an important place to me when growing up, it was the hub of the scene and always open to people hanging out there. When I returned from College I plucked up the courage and organized an exhibition of some hand-painted suitcases, it was a big deal for me as it felt like I was finally down with the guys who worked there… and not some snotty kid asking for the latest Shorty’s video.” 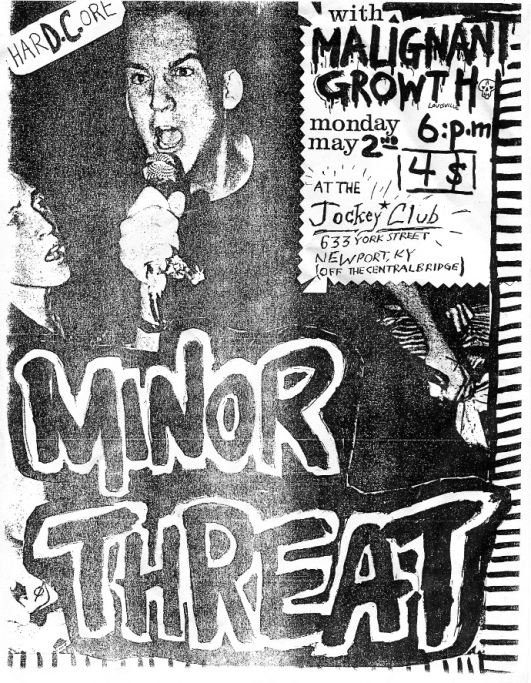 6. “Punk Rock and early US Hardcore play a big part in my musical upbringing, I think my flyers have somehow absorbed that as they also incorporate elements of the DIY and Xerox’d look.” 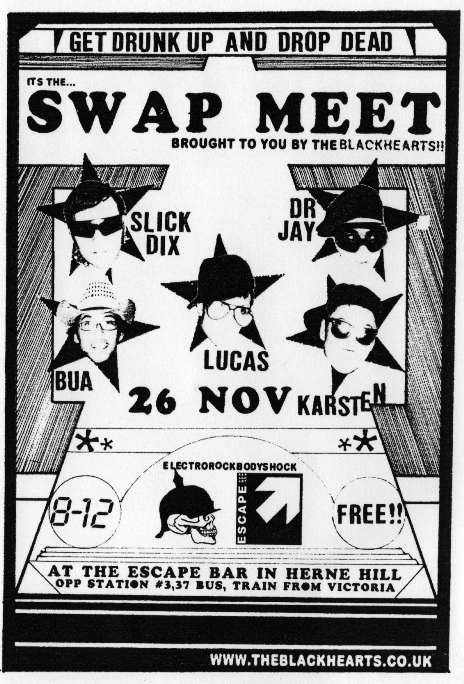 7. “When I moved back down to London I had a residency in a local Bar in South London, it was a strange place. The clientele was a mix of drug dealers, rude boys, artists and fashionable hipsters before there were hipsters. Planning what music to play there demanded a lot of consideration as you had to please a wide variety of tastes, I’d play New Order next to Debbie Deb, Metro Area next to Talking Heads and a bunch of party classics to keep things moving. Despite finishing at 12am, it wasn’t unusual to see people dancing on the table tops.” 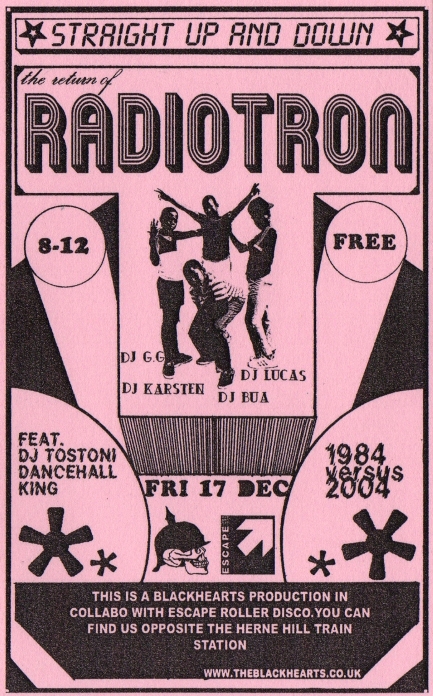 8. “I started the Radiotron parties there with some friends from Sheffield, every month two car loads of drunk Northerners would arrive and proceed to tear the place apart. We had a loose collective of around 8 DJs called ‘The Blackhearts’, I’d attempt to keep things organized and documented but it was complete chaos… fun, hilarious chaos!” 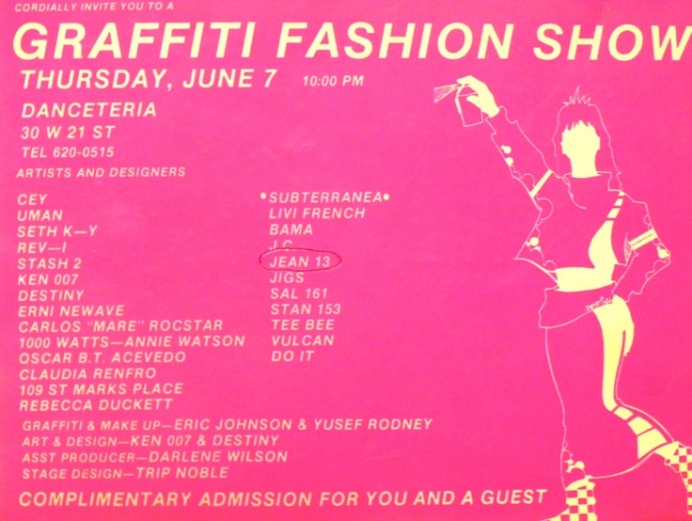 9 – 10. “The flyers I did at the time were basically a rip off of the work of Buddy Esq, I started looking at early Hip Hop and House flyers from New York, trying to capture the same energy, something I still do these days.” 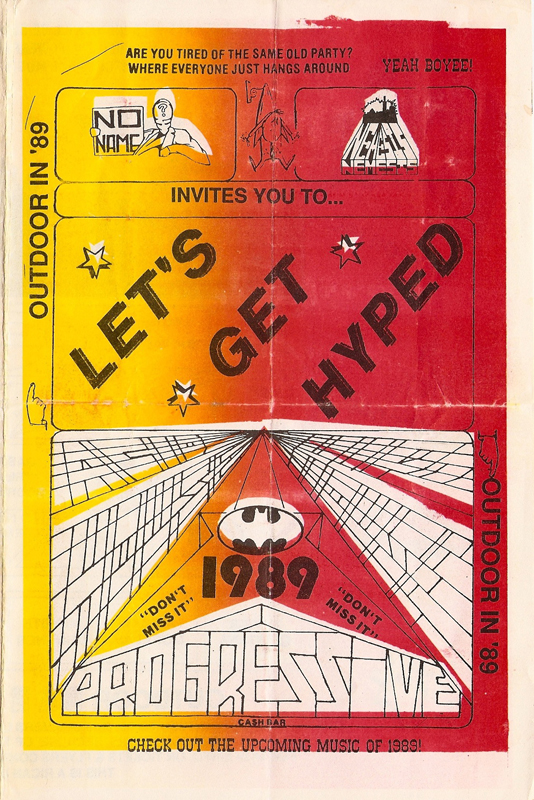 11. “Visting Barcelona is a twice yearly thing for me (at least), my dude Omega III puts on some nice parties and the city provides the perfect escape when Berlin gets too cold and grey. Halloween is a big deal for Omega III, I remember dressing up as a Black Metal zombie for this one.” 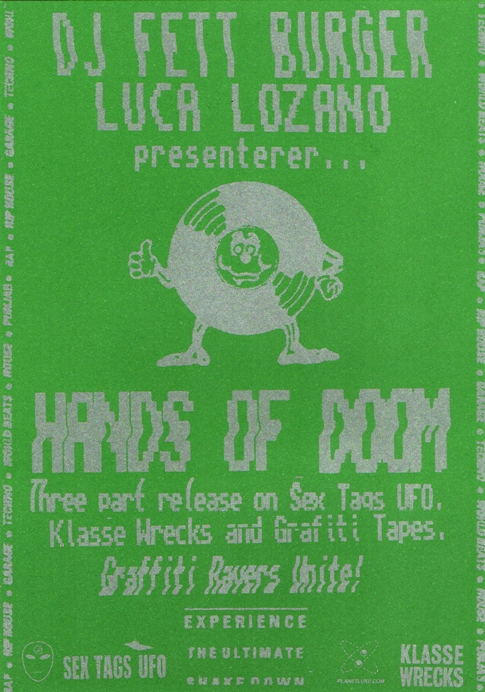 12. “Releasing the Hands of Doom series with Fett Burger has been a trip and doing the artwork for each release is half the fun. We’re working on part three at the moment, it’ll be the final part and will tide us over until we find some other nook of dance music history to exploit so blatantly.” 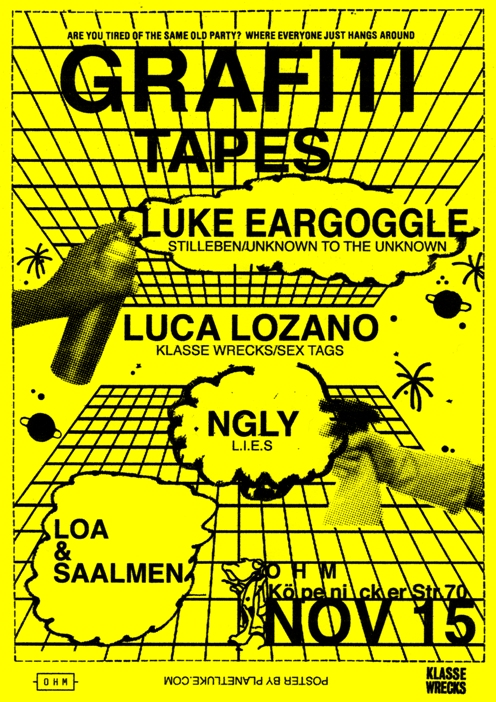 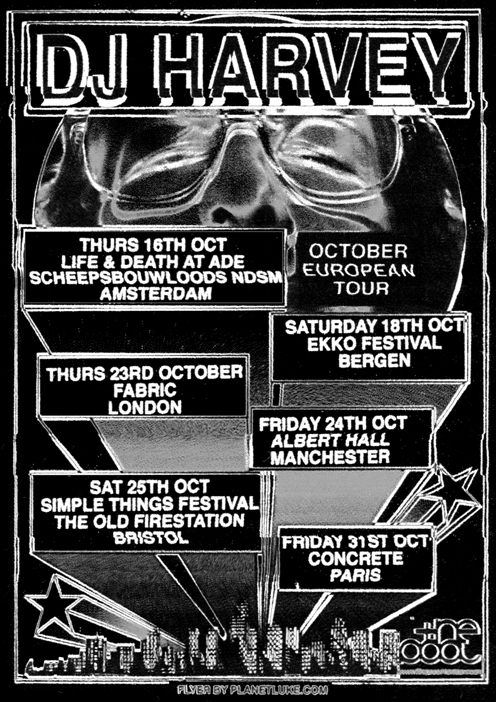 Check out Luca’s latest EP “Gun Fingers” that has just landed on Hypercolour: