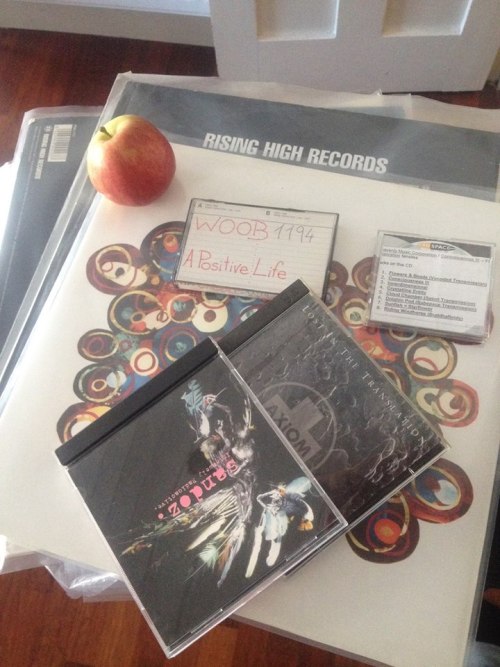 A selection of “ambient” music from Lerosa’s crates

After an earlier foray into dj’ing in his native Italy during the late 80s and early 90s, it wasn’t until the turn of the next decade while settled in Dublin that Leopold Rosa – better known under his musical moniker Lerosa – turned his hand to production.

Initially concentrating on the purer side of electro in his early work, he then moved onto broadening his approach to encompass techno and unconventional house, earning himself a fair amount of plaudits over the last few years: his sound always seeming to strike a chord between the heady beat of Chicago, whilst heartily embracing tomorrow’s agenda and aesthetics of the 313 district. Making his debut in 2005 on Dublin’s D1 Recordings, he has since followed this up with critically acclaimed releases via labels such as Real Soon, Millions of Moments and Ostgut Ton, not to mention his timeless long player for Uzuri. With recent EPs dropping on Russ Gabriel’s Ferox label and Simoncino’s Hot Mix imprint, we got in touch to find out a little more about just what lay in the depths of his vast record collection.

Rather than make a simple request to make a list of influential classics, we thought it would be more fun to set the challenge of exploring the forgotten reaches of his backroom shelves (and studio draws) to reconnect with what some might have even called “Intelligent Dance Music” in its day (yes, IDM to the uninitiated). He very kindly set some time aside and agreed to the task, and in the process realised he was particularly fond of a lot of material that was released between 1993-1994.

Here’s a selection of tracks from a series of LPs he dug out for us:

“My first encounter with Kirk’s Sandoz project blew me away with the collision of dub, african samples and those bleeps that become the trademark of warp and a lot UK Electronica.”

“Orb side project with Robert Fripp, it has all the good trippy bits of the Orb (including the mighty Trash) minus the humorous samples and is drenched in Fripps amazing electric guitar sounds.”

“I had this on cassette for ages, a mesmerising collage of ambience, movie samples and strange atmosphere, a very unique LP.”

“My favourite Bill Laswell production where he pulled in the who’s who of experimental jazz, funk and electronic music – crafting something much greater than its parts.”

A Positive life – Synaesthetic – Beyond [LP]

“On the B side of the Woob 1194 cassette I had this, an early mix of trance and ambient, a bit ‘lite’ but unique in its own way.”

“Jonah Sharp pulls together some stunners from Namlook’s back-catalogue and releases them here on his own label. Just amazing.”

“NewWorldAquarium has been releasing gems for a long time, this is probably my favourite.”

“Higher Intelligence Agency were really a great UK ambient name, they released better material than this later but I love the Orb-ish aesthetic on this one with its dubbed out influence and sunny melodies.”

“Kim Cascone apparently makes OST work for the likes of Lucas and David Lynch, in between he releases great ambient albums like this, very much a product of the 90’s but incredibly well crafted.”

In memory of Mark Bell