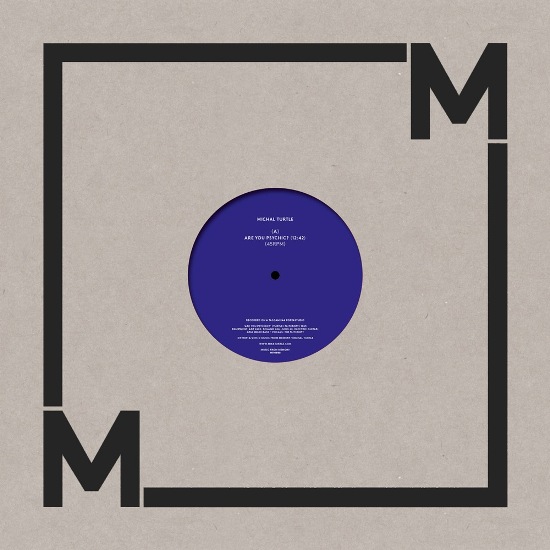 Lifted from Turtle’s obscure “Music From The Living Room” album, “Are you Psychic?” and “Astral Decoy” were literally recorded in the living room of his family’s South London house at the tender age of 22. In what was a complete takeover of his parents’ front room – he amassed quite the collection of synthesizers, amps and instruments as part of a set up that regularly fed his portable four track studio. Often jamming alone for hours on end, exploring the outer reaches of his imagination – combined with a love of new found textures, he sometimes worked with other musicians he invited to play alongside him. A lot of what he laid down was taken live with voices or sound effects added directly to tape – often making use of rudimental loops to add to the atmosphere.

The hypnotic sway of “Are you Psychic?” carries both a sultry swagger and lusty charm that is hard to pin down, the blurry fuzz of Turtle’s backing track melting away into a warped mesh that crescendos sideways into the night. When all things are said and done, this is one track that is really hard to equal. Not least because of its rhythmic base that could have easily been recorded in the dark confines of a Chicago basement some 5-10 years later. “Astral Decoy” by name, implies a slightly more galactic direction in travel. The track was made in the year following the release of his only solo LP, reflecting a real wave of growing interest that had been ignited during the period that saw whole new possibilities in combining electronics with analogue elements: adding Xylophone and live percussion to the melting pot in this incredible new aged spacey jam that also took inspiration from the nascent sounds of electro and boogie. A perfect introduction to a wider compilation of works which are due to follow.