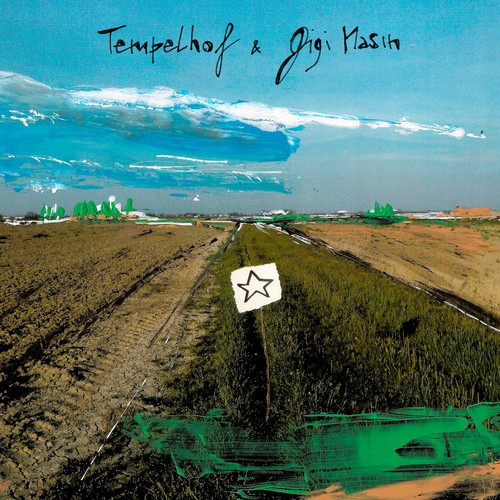 Italian duo Tempelhof collaborate with Gigi Masin for their next album.

The “grown up” older brother of Italo-Tribal-House outfit Mantra Vibes, Hell Yeah Recordings has been actively been releasing music since 2006. Split between Bologna and Amsterdam, label boss Marco Gallerani’s philosophy centres on diversity and a range of recording experiences. Since its beginnings, the label has packaged sounds ranging from techno to minimal-nu-rave to electro-funk, leaning towards cosmic disco and out-and-out Balearic vibes in more recent times.

Next on their menu, they are proud to announce the release of “Hoshi”: a full-length album project that involves the duel home grown talent of Tempelhof in association with the legendary Italian composer, director and musician Gigi Masin. Luciano Ermondi and Paolo Mazzacani have already been gaining plaudits for their slick take on spacious sounds and moodful electronica thanks to the release of their “Frozen Dancers” LP at the end of last year. A restless excursion through the places and spaces of their influences, the duo hit a unique chord with a palette that reflects both their Italo roots and the earthly influences of the Mediterranean shore.

A key player in the Italian music scene from the 1970s onwards via his work for radio and television along with theatre, Gigi Masin is renowned for having provided inspiration to the likes of Bjork and To Rococo Rot. Following on from his essential solo “Talk To The Sea” LP on Music From Memory earlier this year, this latest collaboration graces us right on time for the summer with an elegant collection of 10 tracks. An exploration of peaceful warmth and organically infused textures, Masin’s brain soothing sonority is as classically informed, as it is contemporarily creative. From the opening bars of “Jolla”, the effortless float of a twinkling piano and melodic harmonies steep you in an altogether other-worldly state of calm that is medicinal, as it is pleasureful. Rather than refurnish the same room with varying shades of grey, as an album – “Hoshi” gently glides through a range of dreamlike tones that shift from mood to view, without the slightest hint of repetition.

Whether you indulge yourself in the trance inducing fusion of “Silver Wave” or the take on the percussive itch of “Red Venus”, you find yourself meandering through collection of music that never loses its inner grace. Incorporating elements of jazz in tracks like “My Velvet Book” and “Interstellar Bop”, you can’t help but be seduced by Masin’s redolent vocals that come with the haunting air of “Bow Down”. When the simple arpeggiation of “She Left Home” hits it’s top note – you can’t help but feel the album has reached its course all too quickly, only to find yourself quite happy to rewind to the beginning and start over again.

Whilst a word like bliss springs to mind – “Hoshi’s” spacious elegance holds a real charm that should resonate with music fans of all denominations as a piece of work that takes hold of the senses, and gently massages them back to a state of rightful balance. True craftsmanship in action, this album is a real triumph and should hopefully be listened to with equal joy for time to come.