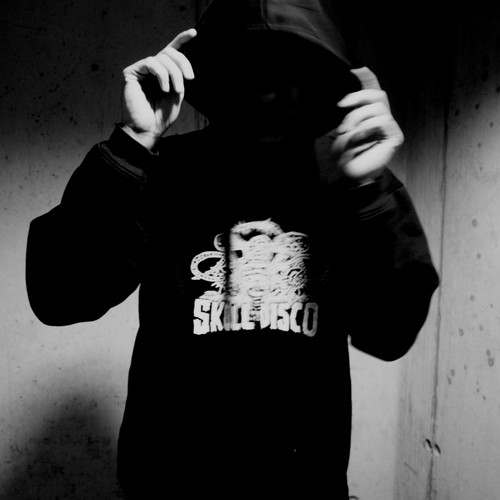 Andreas or “baze” as most of his friends in Hamburg call him (an abbreviation of his artistic/dj alias baze.djunkiii) first started out dj’ing, like many people, in his bedroom in the second half of 90s. Nowadays, DJ/Producer/Label Manager/Music Journalist roughly describes what he gets up to, renowned for running a host of online projects that have stemmed from his blog: www.nitestylez.de. As an active writer in the German music scene for more than 15 years, he has also been contributing to other platforms and print magasines throughout the years, recently leading him to set up www.lostreviews.de (the clue is in the name!) as well as writing regular content for www.joinmusic.com; also contributing Berlin’s underground blog Psychedelic Kitchen (closely connected to Liquid Sky Berlin’s creative arts/music collective).

Although, he admits to have partly stopped playing out around 2012, he still puts on the occasional record and remixes a track every now and then for his own imprint – Intrauterin Recordings, concentrating his time on freelance writing projects and working the odd Saturday shift at the sales counter of Hamburg’s Otaku Records. We caught up with him for a chat to find out more about his latest Street Art & Sticker focused blogs, that have been catching our eyes…. 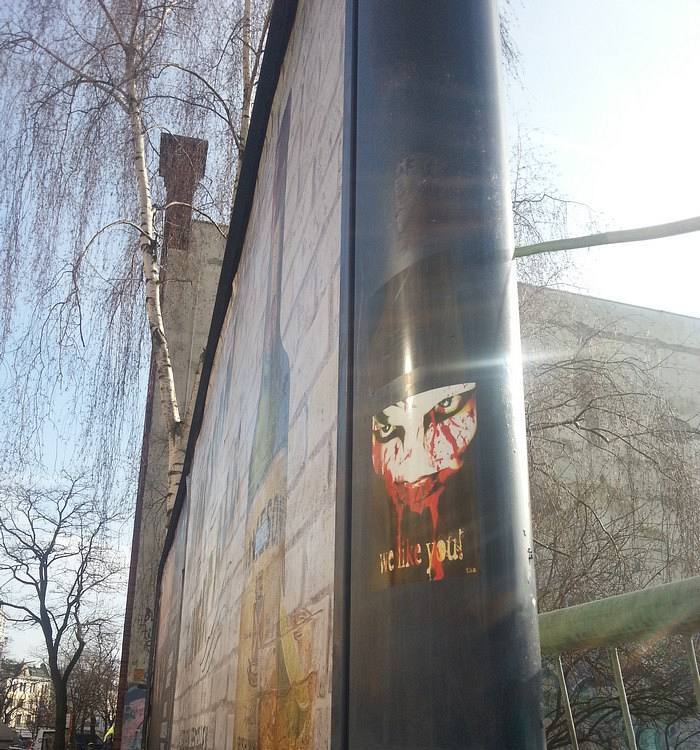 What was the idea behind www.streetartdaily.com?

“The website started at the same time as www.stickerloveandworlddomination.com , which grew out of a series of blog posts named “Sticker Love And World Domination” on my nitestylez blog. I featured a bunch of photos sent in by friends and followers who had seen my stickers out on the Hamburg streets and photographed them. At the time, around the mid-noughties, I realized that flyers weren’t a proper weapon of choice anymore to promote things, finding stickers as a more enduring way to get my name or event out there. Things really took off with about 3000 white typo on black background stickers, designed by Timo Weiner. Promoting my more experimental Monday night residency at a really small place named Meaniebar, they went up literally all over the place: not only in the hip and trendy parts of town. Some of them are still visible today, seven or eight years later which is impressive in a city like Hamburg! After all, this is the 2nd biggest city in Germany. People approached me and were like “Hey, I’ve seen your sticker there or here or whereever…” they took photos and it just started to click in several ways.” 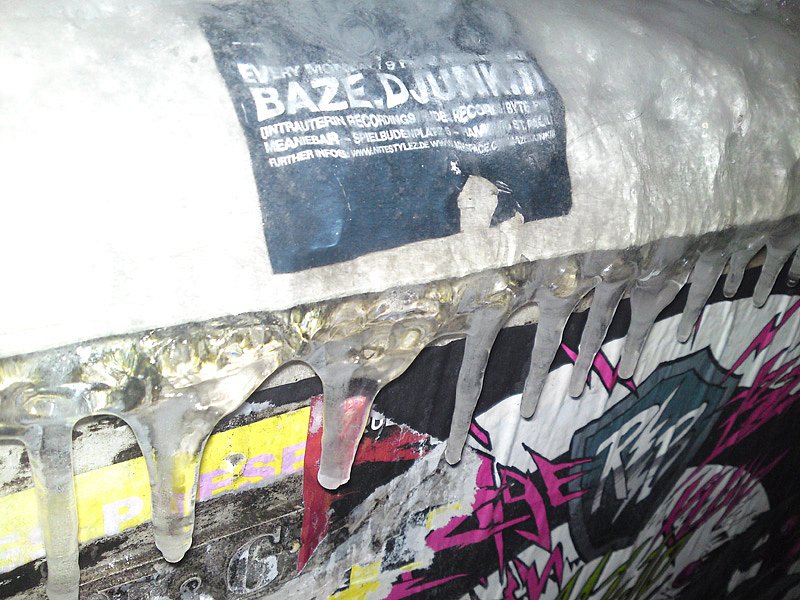 So, they really took on a whole new life for you then?

“For me, they are more like a promotion channel – either for events or websites – like my soundcloud or twitter profile. It was not so much about art, although I adopted that kind of clean style for most of them, so people can connect to that. The only “message” thing I’ve ever done so far was when the whole swine flu thing went bonkers and it was all over the media. It was really annoying so I asked a friend of mine to design a red on violet “baze.djunkiii is not afraid of swine” sticker for me: a plain statement for everyone to read.” 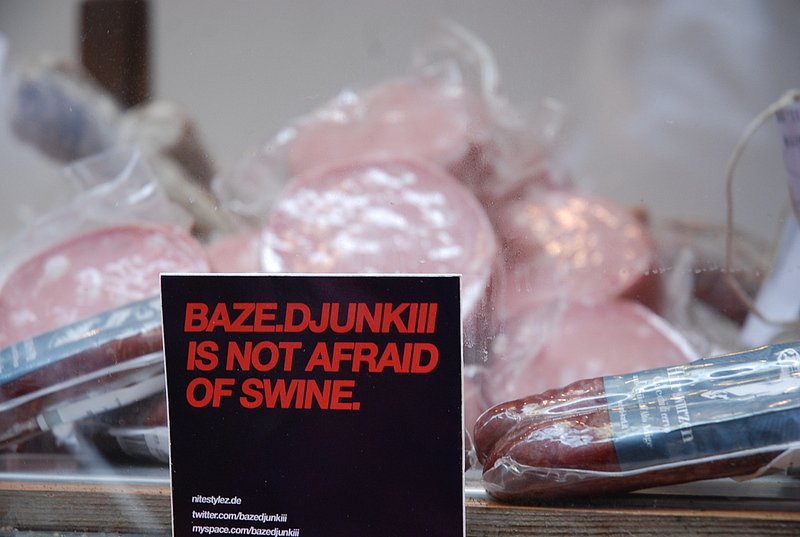 It seems like both your websites grew together then?

“Yeah, at the same time I also rediscovered a whole bunch of graffiti photographs I had shot throughout my teenage years. I’ve got a lot of friends who are artists or who run. So the idea was born to create an online archive and space for these things, for what’s really happening on the street. Maybe you can call that the rougher edge of sticker and street art culture, most of the street art blogs and websites I see these days are dealing exclusively with the hip stuff, artsy murals, urban knitting, 3D chalk paintings on sidewalks – whatever catches hipsters attention next! Except for urban knitting, which I totally don’t get, I do appreciate all these art forms in their own right. Banksy has done some great work but that’s not the background I come from. I’m not that kind of artist and I never had an artistic approach to stickers, although I’ve done some designs for future stickers that are more colourful and “arty”. I basically still see them as instruments to promote the other work I do…”

What’s been your favourite discovery then?

“Actually there is not a specific piece / sticker to name although, I still love the classic 90s graffiti and train bombing pictures to death, especially the RAZOR pieces which could be seen literally on every regional train in Northern Germany in those days. But it’s the overall appreciation, enthusiasm and support for the entire idea that’s my favourite part of it – people want to be involved, want to be a part of it. Starting with my web hosting partner, a company run by two friends of mine known under the name of The Crystal Apes, totally embraced the project from day one and helped out a lot; including blogs who’ve featured some pics of my own. There are also friends who’ve been sending in pictures too – one works for an NGO (Non Government Organisation) and travels quite a lot, especially in Asia. When I told her about the website she immediately offered to go through her pictures and pick out some. So I guess there’s always interesting and previously unseen pieces from that area, as she has been photographing Asian Street Art for seven years now.”

You’re from Hamburg, how does the city differ to other cities in Germany?

“As Hamburg is the 2nd biggest city in Germany there’s many aspects – one of them is the harbour which has influenced the city a lot, not only in terms of wealth and business but also for being actually a part of the city. Unlike many other places, it’s not a separated industrial area but it’s literally like the heart of the city, you can actually see, breath, hear and experience what happens there. You can watch container-vessels unload, hear them clanging with other sounds coming from the other side of the river whilst directly looking into docks. Of course, the city is a melting pot of some kind with all positive and negative aspects coming with that. People born and raised here are not very talkative, which I personally like a lot. Sometimes people from other parts of Germany say that real Hamburgians are a bit offish or reserved, especially compared to Bavaria or Rhineland where casual small talk with strangers seems to be a more common thing. But, if you manage to deal with that you can make great friends here that a still there even if you don’t happen to see them for a while. Despite being a big city Hamburg often feels like a small village as – for most of the creative folks – the main quarters to be are St. Pauli, Karoviertel, Schanze, Ottensen, Eimsbüttel and Altona which altogether spread over a very limited, contiguous part of town. Everybody knows each other, even if the connection is not that obvious, e.g. talking music scenes: It’s easy to bump into members of Hamburg-based German Indie bands on one corner, accidently run into internationally acclaimed electronic acts whilst heading out for a coffee, and whilst having a chat you can be greeted by a mutual friend that’s doing HipHop or Drum’n’Bass or whatever. It’s all very condensed. Finally there’s the word going round that Hamburg – or at least St. Pauli / Schanze – has the highest amount of record stores per square mile in Europe. I don’t know whether this is true or not but there are many specialist stores in this area for sure, most of them reachable within a 10 minute walk from each other.” 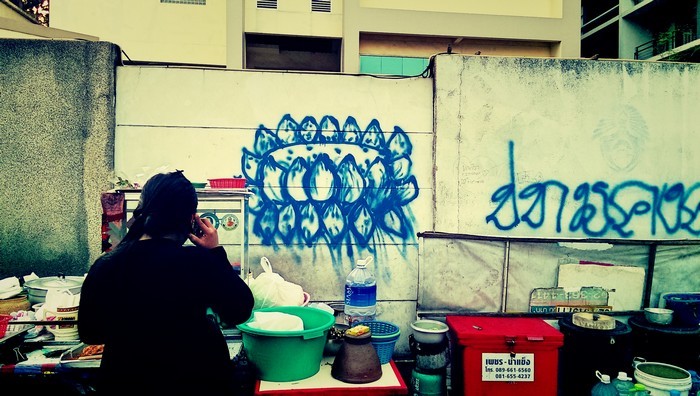 Is there much interesting new/underground art coming from there right now – if so, what/who?

As mentioned before the artsy thing is not exactly the background I come from but I’ve seen a lot of LIEBSEIN pieces and stickers popping up lately – I’m not really sure whether it’s a single person or a crew. The name translates roughly as “being nice/being gentle/being sweet” – “lieb” has more than one meaning in German and their design is quite recognizable. In terms of graffiti, I kinda fell for a guy tag-named ZYOS as his tag is so plain and simple that it really sticks out. When it comes to bigger pieces ZONKE / ZONKE 1973 is pretty active lately and adopting a very very oldskool style, without any ornaments or 3D effects. Seeing one of his pieces for the very first time is like “OK mate, sit down and practice” as they’re far from fully developed speaking of aspect ratio or colour scheme. But, the more pieces I see, the more I feel that its the oldskool aspect he’s into. And there’s a guy who’s painting crazy comic-style marker crocodiles on public transport maps or blank billboards. These are just fun to look at and make my day every time I see them. I’m pretty sure pictures of these artists will be on the website in the near future.” 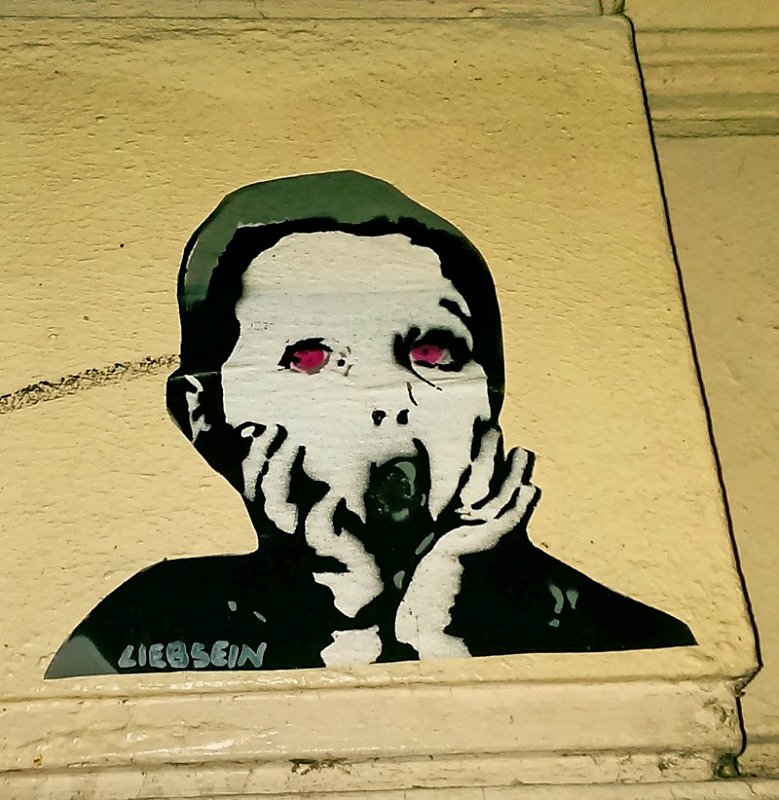 What have you got planned next?

“At this point of time my days and nights (obviously as I’m answering this questions way past midnight) are too jam packed to squeeze much more in. But, I do have a kind of secret wish list of things I’d like to do. I’d really like to find the time to focus on my label again as I’ve got heaps of tracks sitting here that I’d love to see on vinyl. I’ve never embraced digital as an option, neither for DJ’ing or for listening to music. I hope to fully embrace music production some day as I’ve got some weird ideas I’d like to work on, same goes for video editing but that’s at the bottom of the list. Plus I’d love to find the time to learn Icelandic some day, just for the reason I love the sound of it and the fact that they’ve got really strange things going on in their grammar. But talking the near future I think I’m gonna focus on my work with the Liquid Sky Berlin family which are recently about to launch their own TV channel LSB TV, as well as creating a full on gallery / studio / art space. Although I’m not on-site in Berlin, there’s heaps of email data going back and forth between me and my old friend Dr. Walker of Air Liquide/Djungle Fever/XXC3 fame who is the creative head and mastermind.”