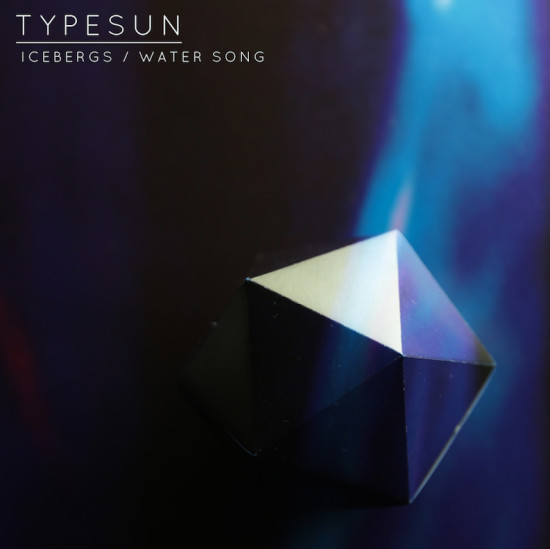 Typesun returns with a brace of new homegrown material

For the uninitiated, producer and songsmith Typesun (Luke Harney) is a long standing figure in the Bristol (UK) music scene, known for his home cooked take on modern day soul – having penned a series of well received releases that have garnered well deserved praise and attention from aficionados far and wide. Also a hard working drummer and band leader, he previously scored a debut hit with his EP “The P.L.” back in 2006.

With a reputation for being a man who applies a great deal of rigor when it comes to quality of output, this latest addition to his discography provides a further glimpse into the expansive scope of his musical vision. A double A-side of finely tailored cuts that contrast the cold edged futurism of “Icebergs” featuring vocals from Alison Garner of The Fauns against the smokey jazz-tinged tones Alex Rita of Danish duo Okapii on “Water Song”.

In 2013, Luke was drafted in last the last minute to play drums on a tour for fellow Bristolians The Fauns, and thus the seeds of the A-side collaboration was born. A mêlée of cold wave synthesis and bass heavy drone, he provides a stark backdrop to the intimacy of Garner’s heartfelt vocal: uncontrived lyrics conjuring up a chilling scene of an unravelling love affair, set in some nearly-distant future where time has almost faded. A step into unchartered territory that is as compelling as it chilling.

“Water Song” follows on in slightly less arresting fashion as the interlock of latin percussion clusters to a rolling bass and fluid chorus. Singer Alex’s styling is impeccable as her delivery soars through – aided and abetted by the warming bursts of piano that provide a colourful break to the otherwise eerie magic that is the sum of its parts. With each track boldly standing aside, taken together they bring a whole new sphere of influence and creative trajectory, marking out Typesun an artist who is willing to embrace the future as much as he holds his own influences of the past close to his heart. Pressed to a limited run of 10” vinyl, if you opt for the digital release – you are also treated to a club mode remix of “Icebergs” as Harney dons his 7 Arrows alter-ego to drop a bass and drum driven work-out constructed from the same source material as the original.

Hot off the press: Kris Baha