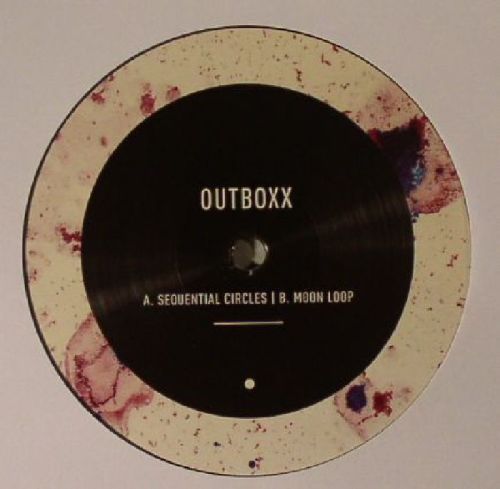 Operating from the core of Bristol’s 4/4 contingent and having released for imprints such as Idle Hands, Futureboogie and Local Talk, Outboxx are slowly garnering themselves with a reputation as one Bristol’s most recognisable act’s whose work adds colour and finesse to an otherwise tough bassweighted stable of acts.

Following on from their last BRSTL release during the summer of last year, the duo return with a  set of deeply rooted atmospheric tracks that ably show there is way more than party led house to their impressive repertoire. The title track “Sequential Circles” explores the spacier edges of their vocabulary, setting the vibe with an ever moving scale of bass-led notes that flip from high to low and back again with a real sense of urgency that will certainly find favour amongst the dance floor cognoscenti. Set to the steady pulse of a clattering drum machine, the combination chisels away into a haze of warm strings that fits as snuggly as it will move feet. The flipside is accompanied by “Moon Loop”, an even deeper ride into the sparse hinterland of compositional territory that reserves itself to a handful of elements: built around a simple yet impressive synthetic loop, the duo evoke the outergalactic spirit of electronica, called upon detroit’s forefathers. As they say, this is the good shit!