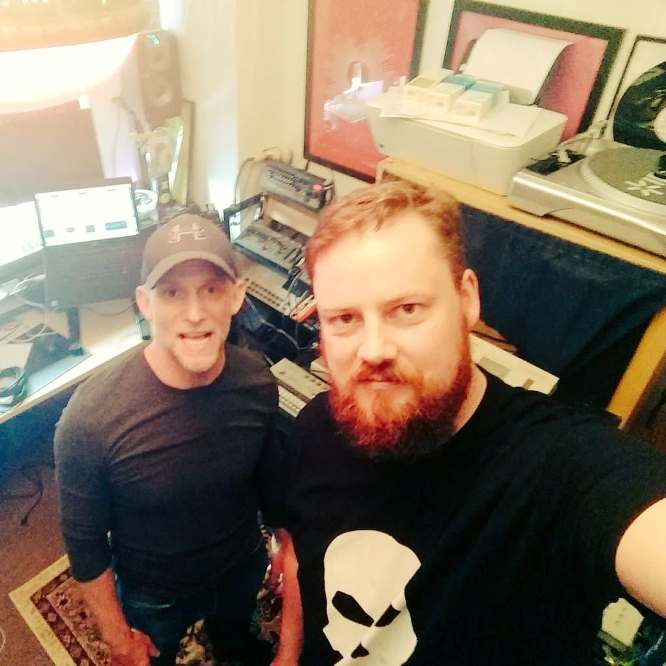 When Neville Watson and Joshu from Posthuman started talking hardware at a live machine jam session, it didn’t take long for things to descend into a frenzy of wires and step sequencers as the pair decided it might be fun to stack a whole bunch of their kit together and start messing around. Within a matter of weeks, that initial chat led them to chain a 101, 303, 606, 707, 808, 909 and a couple of Volcas together to mess around with. Before they knew it, they found themselves with the offer of their first show at Corsica Studios. With only a few loops to hand and ideas ready in mind, they discovered that working on the fly totally suited their flow as much as their creative ethos. With a few more dates and hours of practice under their belt now, they felt ready to tout their wares a bit more and talk to each other on the record about their own respective experiences in music.

Here’s what they had to say for themselves:

What was the first record you remember hearing that turned you onto house music?

You ran in some rough crowds when you were younger, was music a way out for you, or something that same as a result of you moving forward?

“Not Really. Music was always there, there was always a soundtrack to things. Even in the more rough and tumble times but I think that’s pretty standard for most people.”

Do you see yourself more as a DJ or a producer – is there a line or a blur between the two?

“There’s definitely a blur between the two and that has become more so now you have to produce to get gigs. I started out as a DJ first, but I always had a plan to produce.”

What is your favourite bit of kit and why?

“That would be my Akai S950 sampler, it was the first piece of kit I ever bought and I learned my trade on it. It’s only monophonic, it’s 12 bit and pretty limited by today’s standards (it was even considered that when I first bought it), but it is has crunch and presence that you just cannot emulate. I cannot be arsed chasing for an equivalent for something, I would rather just use the right tool for the job in the first place. Even if that’s a plugin!” 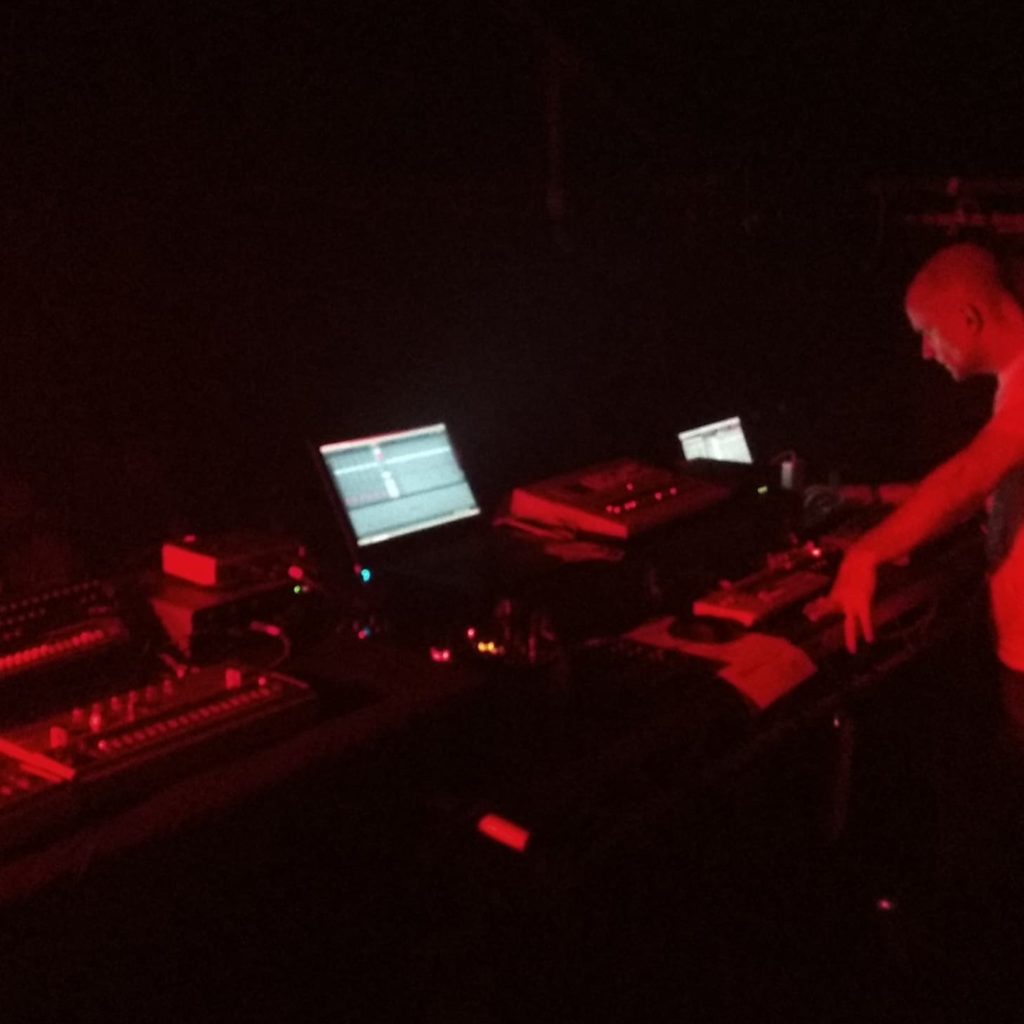 “There have been so many howlers over the years it’s difficult to pick one. I think being asked by this mental guy I knew to come down to this awful mainstream club he was doing the back room for and play vintage Ska and Reggae is up there. I walked in and he was banging the arse out of it which lead me to guess that Toots & The Maytals and Prince Buster weren’t going to go down too well. There was a whole in the wall that you had to crawl through to get to the booth, which was basically no larger than a broom cupboard and had a tiny opening that nicely framed your head as you looked out on to the dancefloor. Lo and behold, I went on, the vibe completely nosedived and disappeared off into the crowd and leaving me looking like some sort of weird exhibit in a gallery where people come up to angrily proclaim how shit you are and why don’t you just fuck off and die.”

What would be the ideal lineup for your ultimate clubnight?

“All in the After Dark Club in Reading which was the original home of Checkpoint Charlie.”

You’ve just finished recording an album, how was the process different from writing DJ/club tracks?

“I purposely took some time out from gigging to write this album so I wouldn’t be overly affected by what I was playing. I’m not sure the process itself is any different, as in how I get the job done and the tools I use, but I definitely needed some time away from DJ’ing in order to let other influences come to the surface.”

How has starting a family affected your career?

“It hasn’t really, not my career. It has definitely meant I get a lot less time, if any, to recover after gigs. But hey, people who work shifts have to deal with that kind of thing all the time, so I’m not going to whinge too much about it. You definitely have to be way more organised too, I’ve always been pretty organised but this is a whole new level.”

Your cousin Richard is your partner in Posthuman, what are the advantages/disadvantages to working with family and have you had any major arguments?

“Working with family definitely has an advantage – you can be more honest, and brutally critical than most friendships or writing partnerships could handle. There’s extra room for forgiveness – Rich and I used to have a lot of really nasty fights, and in my early 20’s I was an absolute bellend, not many other would have put up with it – but I’m as close to Rich as I am my siblings, so we’ve lasted it out. These days we don’t fight but we’re still able to take each other apart creatively.He’s generally only involved in the production side of things, due to family and work arrangements he doesn’t do many gigs. And he has zero interest in social media, so all the facebook/twitter/radio etc is just me.”

You’re now one half of Altern 8. Were you a fan of theirs’ before you met Mark and is it a bit surreal being up there on stage in the mask and overalls?

“Yep. Co-incidentally, one of the first ever Posthuman gigs was supporting Altern8 at a Skam Records party in the late 90’s. Becoming part of the band was something I’d never dreamed of.

Mark and I didn’t meet again till the mid 2000’s, when he started playing at I Love Acid, we became good friends and started working on various projects together. He’d carried on with Altern 8 after parting ways with Chris Peat in 1993, there had been a few others wearing the suit – always alongside Mark. Then Chris got in touch threatening him not to use the suits or mask anymore, that he wasn’t allowed legally to use the name Altern 8. Mark and I then set about releasing some of the tracks he’d written without Chris (like Frequency and Armageddon) under his own name, to try and rebuild his reputation and get people to recognise the name Mark Archer.

A few years on, someone started a campaign for an Altern 8 track in the Xmas charts, and the whole thing snowballed and really gained traction. We had a meeting with Neil Rushton who ran the label, and he explained that Chris did not actually own the band name – infact Neil did – and Mark was well within his rights to carry on doing shows. It was then that Mark told me I’d be wearing the other suit!

I actually got a bit overexcited the first time I wore it – we were at Bloc Weekend, Mark had just finished having my suit made, he was DJing and I put on the suit and started dancing about the stage – annoying the hell out of Mark who was trying to spin. I’d had a fair amount to drink, hadn’t secured the top on properly so my belly was flashing out a fair bit. Embarrassing but still a memorable moment…”

What’s the weirdest experience you’ve had as a promoter?

“Outside of the usual “losing money/booking people who turn out to be wankers, which while stressful aren’t exactly weird (pretty much par for course of being a promoter).

We used to run parties in Aldwych tube station on the Strand, between 2001 and 2003. It’s still done up in it’s original decor – beautiful tiles, wooden hand-painted signs etc. We had the likes of Aphex Twin, Luke Vibert, Goldfrapp, Plaid, etc. play.

One of our events, there had been some problems as our flyposters had covered a bit of graffiti from an (at the time, up-and-coming) artist, on the bridge over Old Street, in Shoreditch.

I’d gotten a vague threat from some guys when out flyering for the party, then on the night – someone turned up with cans of paint. Threw them over the dancefloor, over the tiles and the walls, and set off the fire alarms – and then over someone’s car that was parked outside. We had to cancel the night halfway through, losing loads of money, and then all of us spent until morning cleaning the paint up, for fear of it damaging the antique decor and us not being allowed back.” 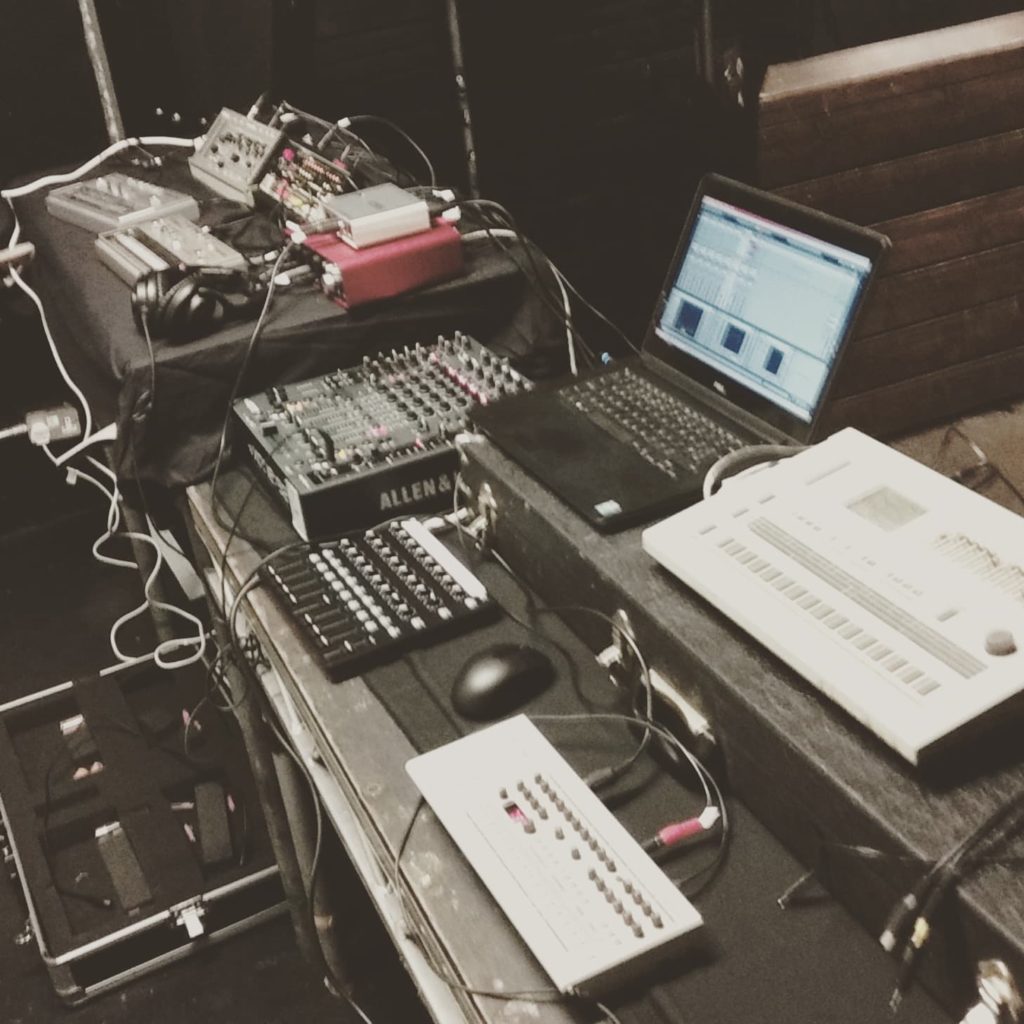 I Love Acid turned ten last year, did you ever think it would have that sort of longevity?

“I didn’t even expect it to be more than a one-off party. Now it’s over 11 years, well over 100 events, 20+ different cities, and festival stages etc. not to mention a bloody record label. I did even quit a couple times over the years only to be persuaded back. It’s hard work and still after all these years I regularly lose money, but it’s like an addiction really.”

And your favourite acid track of the last two years?

“Seriously, all bias aside – it’s not just because I released it myself. Those lads are fucking amazing, they’re the same age I was when I started off, yet their matureness of production far exceeds where I was at.

The tune is a killer, there’s a reason it was getting caned out by the likes of Black Madonna the last few months. The vinyl sold out in like 2 days – I’m waiting for a repress now…”

Best bit of advice you’ve ever been given?

I was told this by a pop music producer I worked with briefly in my teenage years and it’s always stuck, even though I have repeatedly failed to adhere to it!”

Would you be happy for your children to follow in your footsteps into the Music Industry?

“Absolutely. I left home and started working at 17, didn’t go into further education. I only stopped doing 9-5 (and the rest) when I was 37, and I’m way more skint now doing music than I was working a day job. But it’s rewarding is so many other ways, and I think if you’re creatively driven you owe it to yourself to pursue it. It’s good for the soul.”