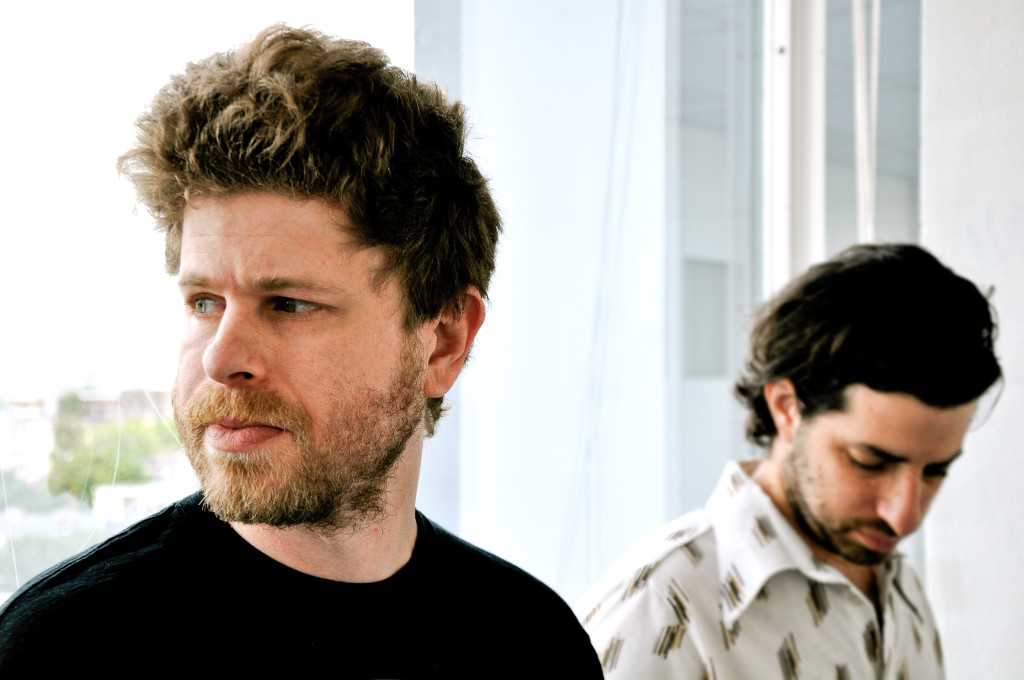 Magic and accident: joining the dots with Juju & Jordash

Juju (Gal Aner) & Jordash (Jordan Czamanski) first met during the 1990s through friends and  jamming together at weekly sessions, with Juju on guitar and Jordash on piano. As things progressed, they found themselves playing and composing for various jazz/experimental combos by day, before the cover of night gave way to dancing in clubs and experimenting with synthesizers. Forming a lasting musical bond and personal friendship that would ultimately lead to uprooting from their native Israel to the Netherlands, the pair have etched a uniquely idiosyncratic path in electronic music that has translated into numerous EPs, LPs and remixes for record labels such as Dekmantel, Golf Channel Recordings, Workshop and Off Minor Recordings – not to mention their “dream team” formation as Magic Mountain High, with David Moufang (aka Move D). Their mesmerising improvised live hardware shows are very much the stuff of legend as their mastery of machines and musical touches collide with a certain panache that very few equal: bringing a touch of the hyperreal and finesse to an otherwise stayed live electronic performances (one person and a laptop they are not). With the recent release of their latest LP, “Clean Cut” on Dekmantel – we put a few questions to Jordan and Gal, to delve a little further into their world.

What was your first memorable experiences of music ?

Jordan: “Well I remember banging on the piano my grandparents got for my sister (to my parents dismay) but I also remember hearing ‘I love you just the way you are; on the radio in my parents car trying to avoid the hot leather seats. I unfortunately still like that song a lot!”

Gal: “Possibly the introduction of Michael Jackson’s ”Bad” cassette to my ”collection” when I was about 7.”

You met through jam sessions with friends, at what point did you evolve to become a double act?

Jordan: “I guess a bit after we both moved to the Netherlands and became housemates. I had to leave my studio gear and records back in Israel. I just had my DX11 with me. Gal only had his DX7 – so it made sense to put them both together and form a DX alliance!”

Considering you both have quite a traditional musical background, how did your love for machines develop?

Jordan: “I actually don’t have a traditional musical background and I never ‘properly’ studied music. I’m gonna go on the record and say that I am definitely not a jazz musician. I never put in the time. I’m far from being a great jazz pianist. I just like fucking around and I try to learn more and more as I get older. I got my first synth after my 13th birthday, and shortly after I got a 4 track tape… so I guess from the start I was into synths – especially since I was a huge synth-pop fan at the time.”

Gal: “It wasn’t such a huge leap from listening to 70’s Herbie Hancock stuff to checking out some Kraftwerk… I slowly and naturally wanted to know more about how these sounds were made. When I finally ”discovered” techno for myself, I guess I just wanted to know a lot more.”

Did either of you have a real pivotal moment where you felt like electronic music was the way forward or was it more of a natural progression?

Jordan: “By the time I was 18, I was making industrial and angry kinda tape/synth stuff but at the same time, I was a massive jazz fan. So, when I was introduced to Detroit Techno by Yoav B on a bus ride to our mutual military basic training camp in 93′, I felt like I found my thing.”

Gal: “There was little to non electronic music in Israel when I grew up there, and if there was a bit of a small scene it was centred in Tel Aviv (not in my home town of Haifa). In the mid-late 90’s, a lot more international dj’s started to come on a regular basis to Israel. I was about 19 at the time and just started going to parties, so definitely – listening and dancing to people like Jeff Mills, Suburban Knight, Mr. C or Roy Davis Jr.  For the first time (over the space of a year or so) it left a huge impact and kind of paved the way forward for me.” 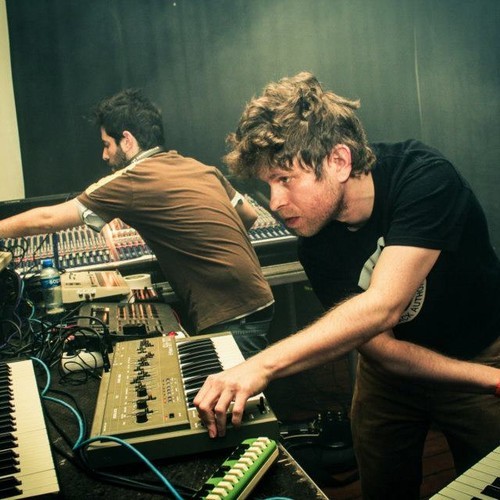 What led you to want to uproot and move to Amsterdam?

Gal: “I really needed a change in my surroundings and as fresh start abroad, as I had enough of the middle- east at the time. Amsterdam was an easy place, and felt free, relaxed and cosmopolitan. There were much more options to learn about sound and music in the Netherlands, not to mention to live a more sane life and concentrate solely on music.”

A lot of what you create sits between a fusion of jazz and psychedelia – do you ever wake up and think you should be doing something else?

Jordan: “Well, I can’t talk for gal but for me – nope. I enjoy the challenge of making music you want to dance to but that still has a lot of other vibes in it. We are constantly striving to make music from our heart. Do you think we suck so much at the clubby stuff!?!? [joke] I’m sure one day we will make some totally non-dance-floor records and all acoustic albums etc… we still have some years to go and can’t do everything all at once.”

Gal: “Since I’m not virtuoso enough for jazz and not hippy enough for psychedelia, I think i’ll stick where I am for now. I do want to record a record in Nashville at one point though.”

When it comes to the creative process, where does Juju begin and Jordash end?

Jordan: “It might sounds a bit contradictory maybe, but I like letting loose and I’m quite bossy.”

Gal: “If you hear serious keyboard action it is Jordan. Guitar would be me, for the rest we both do a bit of everything.”

What would you say is the most essential element to making improvisation work in live performance – magic or accident?

Jordan: “Neither. It’s definitely not Magic because we aren’t that special… and it’s not really accident either. Well, the shit parts may be accidental but not the good bits. It’s all matter of communication and confidence. When either of those two things goes out the window it’s over: thats the beauty of it all. The longer J&J and MMH do it like this, the better we play. Wait till you hear us in 20 years!”

Gal: “A bit of both, but mainly patience and listening.”

When did you chose to make this a central part of what you do (or did it choose you)?

Jordan: “Gal and I were playing half planned and half improvised shows for a while (usually the first half was kind of planned and then we just jammed for the second half ) Then, we started the first magic mountain high live show three-four years ago, David (Moufang) was very insistent on us starting every show from nothing and going fully improv.Thank goodness for that! And thank goodness we adopted the same approach for our shows as well.”

How do you see your latest album in comparison to your last?

Gal: “I think on our latest album we have some more focused and concise tunes, compared to our last one which was a bit more jammy at times. I think production wise this latest one is tighter sounding and sonically more detailed and clear. And we even have a real SONG, vocals and all!”

Any thoughts on what the future holds for you?

Gal: “I’m gonna be the lawyer my mom always wanted me to be.”