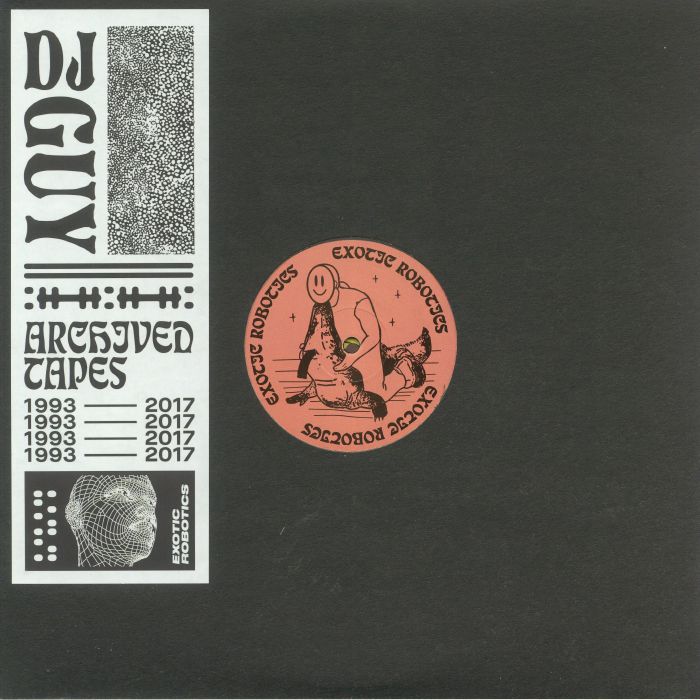 If you have yet to follow DJ Guy or simply want to add some more of his music to your collection – “Archived Tapes 1993-2017” on Exotic Robotics really shows off what he’s all about. Active since the early nineties, Guy is a bit of a legend in his hometown of Cardiff having served his local community as a studio engineer at a youth project for many years, whilst also laying down Hip Hop and D&B as a DJ at the weekends. Unbeknown to most, he was recording jam after jam after jam in his spare time for years – experimenting with Acid throwdowns, Ambient Techno, Electro, Aphex-style freakouts, dubby Hip Hop and plenty of twisted Noise.

In 2014, the power of Soundcloud helped propel Guy’s music to the attention of Bake and his ‘All Caps’ imprint, having since gone on to release more from his vast vault of tapes via Organic Analogue, Hypercolour, La Beauté Du Négatif and NORD. For this latest double pack, the people at Exotic Robotics have very thoughtfully picked a snapshot of Guy’s multi-faceted talents over 11 tracks with the titles lifted straight from the cassettes themselves (although the handwriting must have been pretty legible).

Leaning back towards rave his ravier influences without being heavy handed in “July 1st 2014 Broke”, “Oct 2nd 2014 Seq” goes a little darker in feel before the sub heavy pulses of “Thats CDiif 1997 Side B – TRK 2” cut through with gusto. Ending on the soaring strings of “30th May 94 TRK 2 Ambient”, this a well rounded journey comes to its end. One which you’ll be happy to repeat again and again …