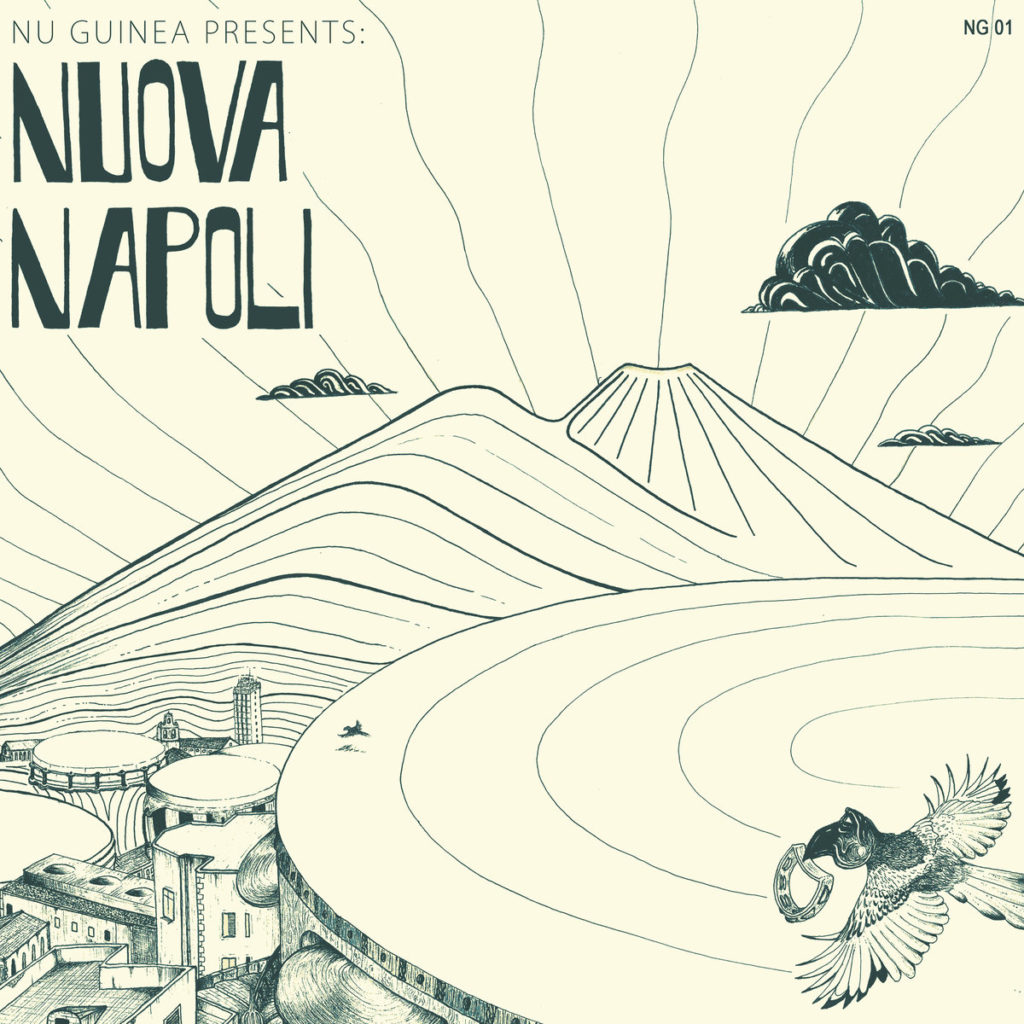 Born in Naples and based in Berlin, the duo of Lucio Aquilina and Massimo Di Lena aka Nu Guinea create sounds that are influenced from the idea of exotic, far-away places

A project that arose out of jam sessions, melting synthesizers with instruments and a homemade sound that never aim for perfection. The pair are always open to collaborations with other musicians. Their self-titled debut EP was released back in October 2014 on Italian label Early Sounds Recordings – paving the way for an enticing series of records emitting a heavy fusion of Jazz-Funk, Disco, House and Synth-tinged Boogie: reshaped and focused through a unique prism of moods and grooves that elastically invoke the spirit of Azymuth, Fela Kuti and fellow Napolitan Tullio De Piscopo.

2 years on from the success of the album “The Tony Allen Experiments” and a recent 7” ‘Amore’, the pair return in time for the summer with a new LP ‘Nuova Napoli’ on their very own NG Records. Having spent time on their travels seeking out suitable sources of sounds to prepare for their next voyage into the sonic cosmos, ironically or fittingly, they chose to go back to square one and their native home to inspire their latest recording. As long-time observers of the city, they’ve interestingly called upon the distance they now have from it, to sketch and reconstruct its essence. From the relative cool and comfort of their studio in Berlin, Aquilina and Di Lena spent months calibrating their synths to the meridian of Vesuvius, the volcanic titan that symbolises both danger and protection in local folklore. ‘Nuova Napoli’ is as much the result of musical research as it is a historical investigation into the sounds that shaped the city during the 1970s and 80s. All brought together through their thirst and love of pulsating rhythms and genre bend that makes up their DNA.

Filling the spaces between the past and the future, it’s the first time that the duo has worked with such a large group of musicians, some of whom are exponents of the contemporary Neapolitan scene. The album takes shape from the off with the synthesizer and saxophone sleeze of the title track. Moving up a gear into the spacey disco edged pulse of ‘Je Voulesse’ – you could be mistaken for being on the dance floor of Cosmic itself. ‘Ddoje Facce’ edges things back down into the electro funk swing and sweet vocals and not wanting to lose the energy, ‘Disco Sole’ opens up space with its simple chord structure, guitar riff and upbeat melody. ‘Stann Fore’ takes an almost broken stance, driven by it’s large chorus. Injecting another heavy dose of sleeze, ‘A Voce ‘E Napule’ moves to a down-tempo jive before rounding off with the airy jam and vocals of  ‘Parev’ Ajere’. Short but sweet, this is nothing short of a huge slice of summer fun that is expertly executed and will grow with each listen.