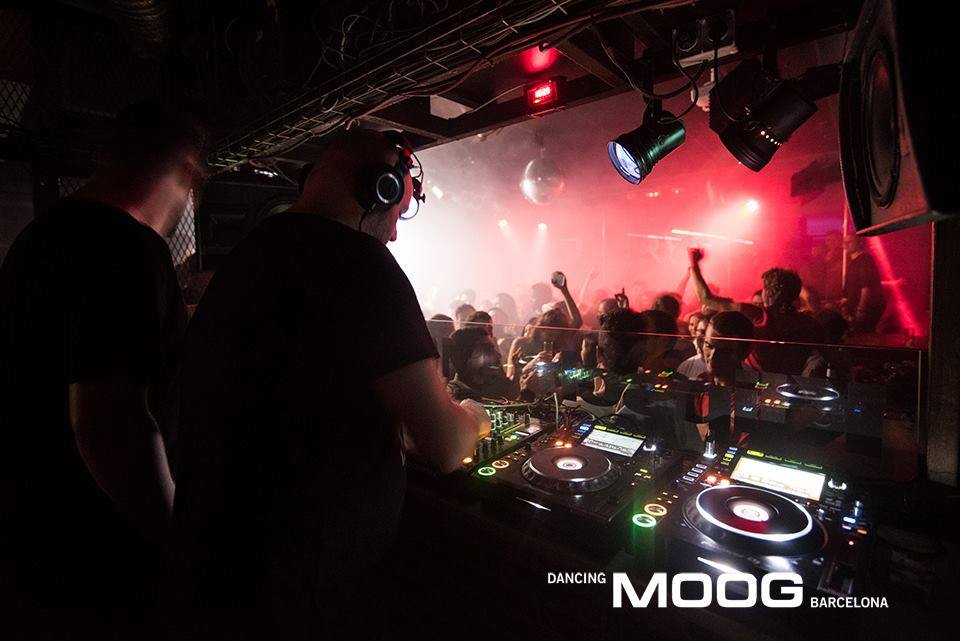 I did two parties at Hidden this year, and have another scheduled for early 2018. It’s a totally brilliant venue, I wish it had been open when I lived in the city in the late 90s! I first went there as a punter a couple years back when Paranoid London were playing, and immediately noted that it was a place I’d like to host an I Love Acid rave. Our first bash there was in April, with Kenny (DABJ), Luke Vibert, Jon Dasilva, Ceephax Acid Crew, Jerome Hill, Tim Heretic, and Freddie from Loose Lips – plus we held a pre-party at Eastern Bloc Records beforehand, so really it was just a big crazy drunken party with a lot of good mates. The crowd were amazing – even though there were hundreds of people it felt like a tiny house party, everyone smiling and by the end of the night it felt like you’d said hello to everyone there (and hugged most of them).  It was really something very special. I’m really excited about going back!

I’ve played a couple of parties in Glasgow this year – the Dixon Avenue Basement Jams bash down at La Cheetah in Summer (great crew and great venue) – but the one that really stuck out for me was I Love Acid with the Something Wicked crew at the Arts School. The Arts School always has a special place in my heart – I met my wife when I was gigging there nearly 15 years ago, and every time I’ve been back I’ve had a great time. This show was with Luke Vibert – who played a set of entirely his own unreleased acid tracks – and Roy of the Ravers, who I’d never met or seen play before. I was in the crowd when his anthem “Emotinium” dropped and the place went completely haywire. Also unexpectedly met a couple of old friends I hadn’t seen in years backstage and ended up having a proper little social.

Moog is hand down my favourite venue in the world. I’ve always preferred small clubs, a more intimate atmosphere makes you and the crowd connect better. Moog is similar to Ginglik (London venue where I Love Acid was based for many years before it closed down) and Club 69, Paisley – it just has that immediacy and intensity – playing places like this is more akin to the feeling of going to a party as a punter, you’re just so enveloped in what’s going on. This year, we played Moog with Cardopusher, Jon Dasilva, and the venues legendary resident Gus Van Sound. The booth was crowded and chaotic, I was drenched in sweat from jumping about so much…by the time Jon came on I was hammered drunk and making a nuisance of myself while he played (all in good humour) and by the end of the night, due to a few too many tequilas with the bar staff, I think I actually fell asleep on the floor in the booth!

The Downfall crew are all veterans of the London scene going back to when Acid House first arrived on these shores (main man Acid Connor used to sell bootleg rave tapes on Camden Market in the late 80s). They’ve been running a club night now for two years in London, it has a strictly “vinyl & hardware only” ethos, harking back to the original acid house parties – though they do play both old and new tunes – the crowd all know their music and the vibe there is second to none, absolutely zero bullshit or posing. This September, we went head-to-head and put on a collab gig, our residents and theirs. It was rammed, amazing seeing the I Love Acid and Downfall crews all dancing together. I played my first ever all-hardware set -TT303, modded TR505, TR606, TR707, TR-09, JU-06 and a Volca FM using Ableton & AKAI midimix as a mixer & FX rack. Pretty much completely improvised (it had to be, one of the drum machines lost all it’s patterns so I was programming new ones at soundcheck!)

There’s a bit of footage here.

We took over the Saturday night in the Queen Vic pub at Bangface 2017…at first when I saw we were in the pub I was worried (previously at Bangface I’d only played the main stages) but when we got there I was very pleasantly surprised – a whole new rig had been brought in, turning it into the best room of the festival. A proper dark, compact sweatbox with amazing sound, in the end I spent more time in there than anywhere else. We started off chill, with Chevron doing his full hardware live thing, Mark Archer playing a Trackman set of all his own material, and myself a live-DJ hybrid – before building it up with Mark Forshaw bashing it harder and then Doubtful Guest ending it in raucous, chaotic gabba-acid-techno-hardcore style. So much fucking fun, I was grinning like a loon throughout.