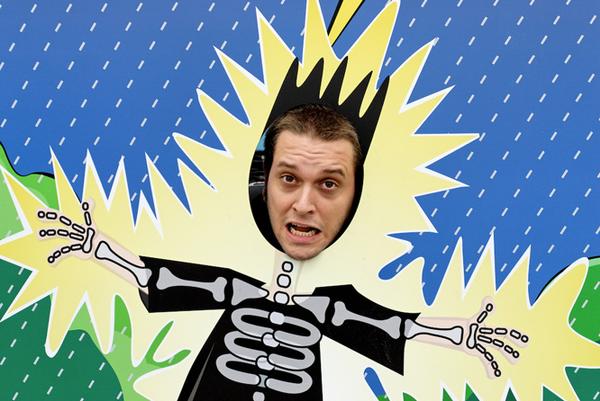 I wasn’t even lucky enough to be in the path of totality but this was without question one of the wildest things I’ve ever seen in my life. It felt primal as fuck for everybody to be standing around outside looking up at the sun as the light dimmed and crazy looking shadows appeared on the ground as the light passed through the leaves of trees. There’s another one in seven years and Pittsburgh is less than two hours drive from totality so I will be there for sure. I can’t wait.

I’ve long been a fan of Frank Lloyd Wright and probably his most famous house is less than an hour’s drive from where I live. I can’t really explain why it took so long to make it there, but I really loved it. Situated in the middle of the forest, it feels somehow like you’re in some crazy fantasy land. The look is still futuristic compared to most, but the materials and smell are very old and earthy. Essential stop if you’re ever in the Pittsburgh area.

I am a huge fan of the original, so the idea of a sequel was initially sketchy at best. But as soon as I heard they chose my current fav Denis Villenueve to direct it and that Roger Deakins would again be joining him (as he did on the amazing looking Sicario) as DoP, any doubts were alleviated. And they made something really good that I think stands up philosophically and visually to the original’s nearly impossible standard.

Kind of a strange show that can’t decide if it’s a comedy or a drama or something else entirely. In a year where lots of cultural things in general rely heavily on referencing the past, this did not at all and it felt very refreshing. It made me a fan of Danny McBride and Jody Hill.

I like this every year of course but that doesn’t make it any less amazing. I bought many dance records from Detroit, Atlanta, Chicago, and London this year and they were all on point. Lots of great work being done by long time masters like Dego and Glenn Underground but also more recent cats like Kyle Hall and Javonntte.